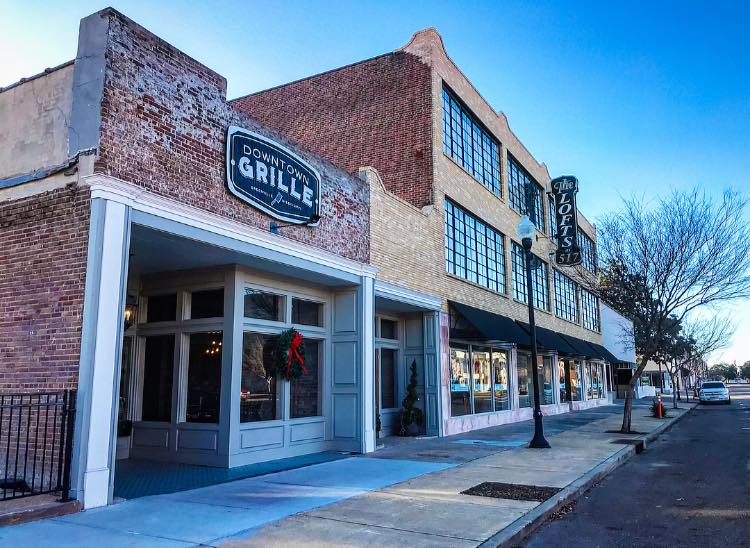 In the state of Mississippi, the city of Greenville is county seat of Washington County, in the area of historic cotton plantations and Dixie culture known as the Mississippi Delta. Its population was 34,400 at the 2010 census.

African Americans in the Delta developed rich varieties of innovative music. In Greenville, Nelson Street is a historic strip of blues clubs that drew crowds in the 1940s and 1950s to the flourishing club scene to hear Delta blues, big band, jump blues and jazz. Record companies came here to recruit talent, making it the equivalent of Beale Street in mid-20th century Memphis, Tennessee.

The town was destroyed during the Union Army’s actions related to the siege of Vicksburg. Troops from a Union gunboat landed at Greenville. In retaliation for being fired upon, they burned every building. Though it was successfully rebuilt, recent decades have not been kind to the economy. 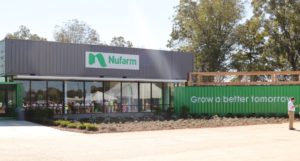 Mayor Simmons said, “The opening of Nufarm in Greenville provides not only jobs and investment, but is also creates a partnership with a global company that is community minded, safety oriented, and environmentally responsible. This $20 million investment with 68 manufacturing jobs is the first such announcement in Greenville in over a decade and adds to over $100 million in local, state, and federal investments announced during this administration.”

The project will repurpose and renew the long-abandoned Matcor building—which it purchased from the city of Greenville—in a $20 million investment that will create 68 jobs.

“The grand opening of Nufarm is a monumental event for the Mississippi Delta. As a predominantly agricultural state, the Nufarm team could not have chosen a better location for its new operations,” Gov. Bryant said.

Headquartered in Melbourne, Australia, Nufarm is one of the world’s leading crop protection and seeds companies. Nufarm’s products help farmers protect their crops against damage caused by weeds, pests and disease. 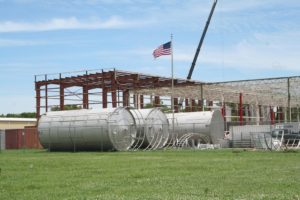 Part of the NuFarm facility.

“The opening of Nufarm Greenville is a milestone for our business,” said Nufarm CEO Greg Hunt. “It broadens our manufacturing footprint, helping to get products to our customers here in the Delta and the whole of North America with greater efficiency, providing flexibility and choice at a time it’s needed most.”

The Mississippi Development Authority (MDA) and the Washington County Economic Alliance provided assistance for the construction of a rail line. Greenville is Nufarm’s first location in Mississippi. The company expects to be fully staffed by 2022.

“Nufarm is the type of community partner we want in Greenville and Washington County. Their investment of $20M and 68 jobs is a huge impact for us. And, we are going to continue to show Nufarm why they chose Greenville. We are going to show them the success of their decision. The process of recruitment is a journey with hurdles along the way, but you can see in the state of the art building and the smiles on the faces of the workers that it was well worth it,” he concluded. 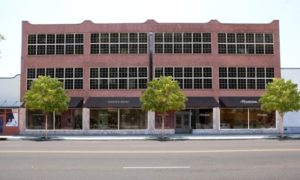 Once considered the “Queen of the Delta,” Greenville is the heart and soul of the Mississippi River Delta. Unfortunately Greenville has faced some challenging economic realities, and area leaders are focused on efforts to create job opportunities and encourage greater growth. The redevelopment of the shuttered Sears, Roebuck & Company store, which was built in the 1940s, and adjacent vacant buildings in downtown Greenville marked a major step forward.

“Redevelopment of the historic Sears Building will be a major step forward in the revitalization and reemergence of our downtown as a place for business, education and entertainment,” Mayor Simmons said.

“This building will become a showcase property, as it stands in the heart of downtown and is the first major revitalization project to utilize the municipal tax abatements for buildings in the central business district. I applaud Bill Boykin, Guaranty Bank and Trust, U.S. Bancorp Community Development Corporation and Enhanced Community Development for their collaborative efforts in this project and encourage others to come to our downtown to open up their businesses,” he continued.

“The funding process has been a labor of love for many reasons,” said Andy Dixon, Senior Vice President and Relationship Banker at Guaranty Bank and Trust, Greenville. “We are reflecting our long legacy of investing in the lives of families and business owners across the region, just as we have since 1943. In our role as a true community bank, opportunities such as this allow us to serve as a catalyst for projects that enhance the quality of life we share in Greenville and to take another step in downtown revitalization.”

“Having worked on this project for the past four years, I’m excited to turn the page in downtown Greenville and finally reopen these vacant buildings,” developer Bill Boykin said. “Significant support from programs such as New Markets Tax Credits gave us the ability to move forward, setting the stage for additional revitalization in Greenville.”

“The Delta’s long economic struggle will take a substantial step forward with the development of the Sears project and adjacent buildings,” said Tom Oldenburg, vice president of U.S. Bancorp Community Development Corporation, a subsidiary of U.S. Bank. “Greenville will flourish thanks to the involvement of the New Markets Tax Credits and these committed partners.”

“Enhanced Capital proudly participates in economic development projects in locations across the United States,” said Richard Montgomery, Vice President of Enhanced Community Development. “New Markets Tax Credits and historic tax credits were critical to making the Sears Department Store project a reality. These programs are making a positive impact for so many communities, and we are excited for the positive impact this project will make for the people of Greenville.”

All photos courtesy of the Washington County Economic Alliance.