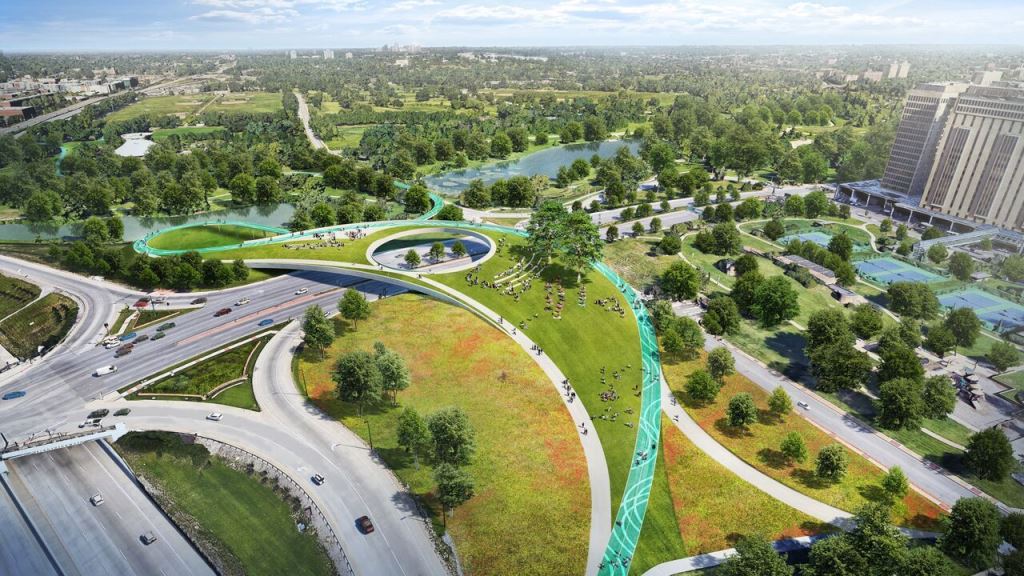 Readers of REVITALIZATION have been tracking the progress being made in St. Louis, Missouri to fix their many earlier urban planning mistakes along the Mississippi River in general, and the area around the famed Gateway Arch in particular. Our earlier articlkes included this one, and this one. 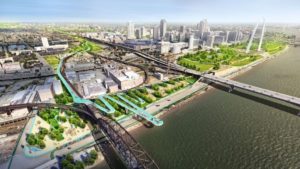 We pay a lot of attention to it because it’s a great example of the 3Re Strategy in action, whereby revitalization is achieved by repurposing, renewing, and reconnecting an area’s built and natural assets.

Now on May 2, 2018, the Chouteau Greenway Design Competition partners and jury announced that the team led by Stoss Landscape Urbanism has won the international competition to design a new greenway to reconnect St. Louis’s Forest Park and Gateway Arch. 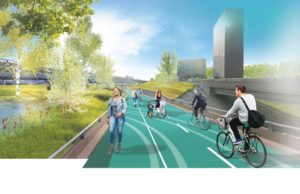 The competition was conducted by Great Rivers Greenway, and joined by partners in a unique public-private partnership that aims to transform St. Louis. Stoss is a true Restoration Economy design firm, in that they specialize in urban and landscape revitalization.

The Chouteau Greenway builds on all the natural and built assets that help make St. Louis great. It re-imagines the city as a place connected by opportunity, access, and a diversity of shared experiences. The greenway opens new chances for discovery, enchantment, and appreciation through the lens of movement. 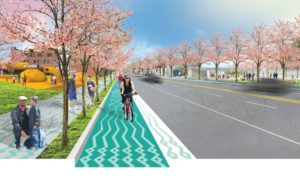 In an official statement, Stoss officials said, “Together with our team, we are excited to be a part of this defining moment and to contribute to the city’s renaissance. The Loop + The Stitch embodies our intention to promote connection, prosperity, inclusion, reconciliation, innovation, and joy. The Loop links the civic and spectacular icons and histories of the central city, connecting Washington University and Forest Park to downtown St. Louis and the Gateway Arch. The Stitch links neighbors to neighbors and the visitor to the everyday authenticity of St. Louis.”

“Together, the greenway routes build on a set of “social common denominators” (food, water, public space, stories, currency, etc.) that are shared by all despite socio-cultural and socio-economic differences. In all these ways the Chouteau Greenway inscribes itself into the whole of the city, creating new opportunity through economic development and job creation and connecting assets, opportunities, neighborhoods, and people across its rich and diverse fabric,” the statement concluded. 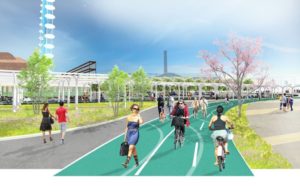 “On behalf of our entire team, we are thrilled to be selected for the Chouteau Greenway project—an incredible initiative for St. Louis that looks to knit together the city’s well-known destinations with neighborhoods, workplaces, and institutions east to west, and north to south. We look forward to working with Great Rivers Greenway, its incredible partners, the City, and with all the stakeholders and citizens of St. Louis in the coming weeks and months to craft and refine a strategy for engaging everyone in the future of this greenway,” enthused Chris Reed, the Founder and Director of Stoss.