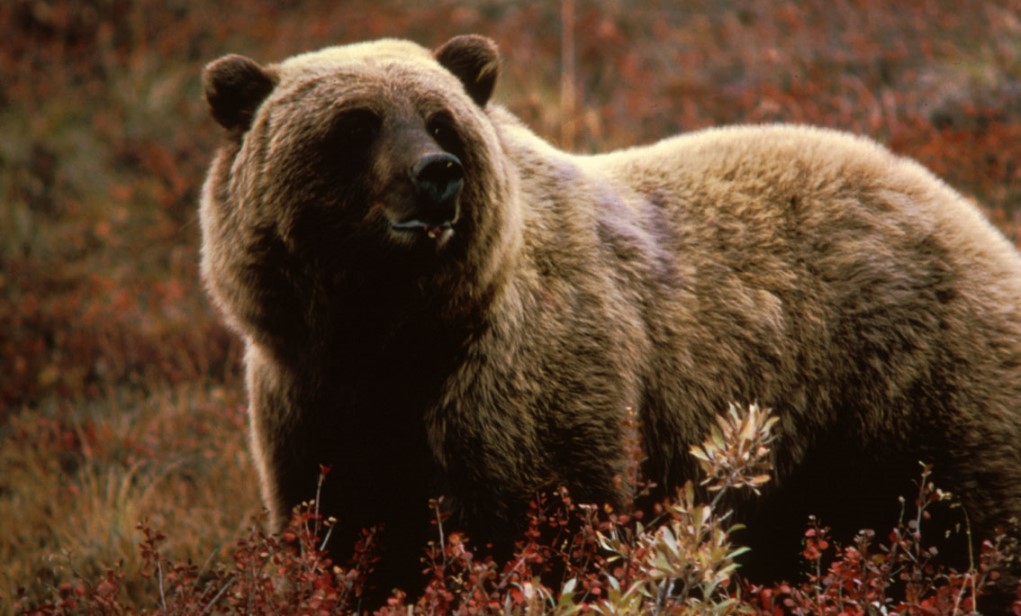 On March 23, 2018, U.S. Secretary of the Interior Ryan Zinke traveled to Sedro-Woolley, Washington, where he announced support of Grizzly Bear Restoration efforts in North Cascades National Park and the surrounding ecosystem. 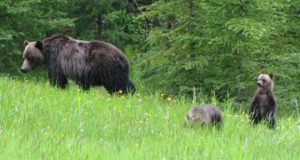 Grizzly sow and cubs.Photo by Traveler100 via Wikipedia.

Restoring grizzly bears to the North Cascades Ecosystem would enhance the probability of long-term survival and conservation of grizzly bears in the contiguous United States, thereby contributing to overall grizzly bear recovery and greater biodiversity of the ecosystem.

The greater North Cascades Ecosystem (NCE) constitutes a large block of contiguous habitat that spans the international border between the United States and Canada. 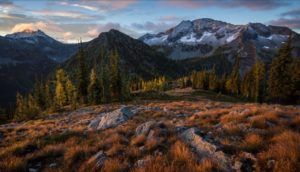 Photo of the North Cascades by C. Brindlevia the U.S. Fish & Wildlife Service.

The U.S. portion of the NCE spans the crest of the Cascade Range and comprises one of the most intact wildlands in the contiguous U.S.

The NCE includes the North Cascades National Park Service Complex, including the Stephen Mather Wilderness, and the Mt. Baker-Snoqualmie and Okanogan-Wenatchee National Forest.

Research indicates this wilderness is capable of supporting a self-sustaining grizzly bear population.

The Secretary emphasized the cultural and spiritual importance of grizzly bears in tribal communities, the contributions grizzly bears make to the biodiversity of the ecosystem, and the ecological devastation that the permanent loss of grizzly bears would cause if nothing is done.

Photo of the North Cascades by C. Brindlevia the U.S. Fish & Wildlife Service.

“Restoring the grizzly bear to the North Cascades ecosystem is the American conservation ethic come to life,” said Secretary Zinke.

“We are managing the land and the wildlife according to the best science and best practices. The loss of the grizzly bear in the North Cascades would disturb the ecosystem and rob the region of an icon. We are moving forward with plans to restore the bear to the North Cascades, continuing our commitment to conservation and living up to our responsibility as the premier stewards of our public land,” he continued.

Over 126,000 comments and correspondence were received on the alternatives. The comments will be analyzed and addressed to be included in the Final Environmental Impact Statement, which is tentatively scheduled for release in late summer of 2018.

Featured photo of grizzly bear by Bobisbob via Wikipedia.