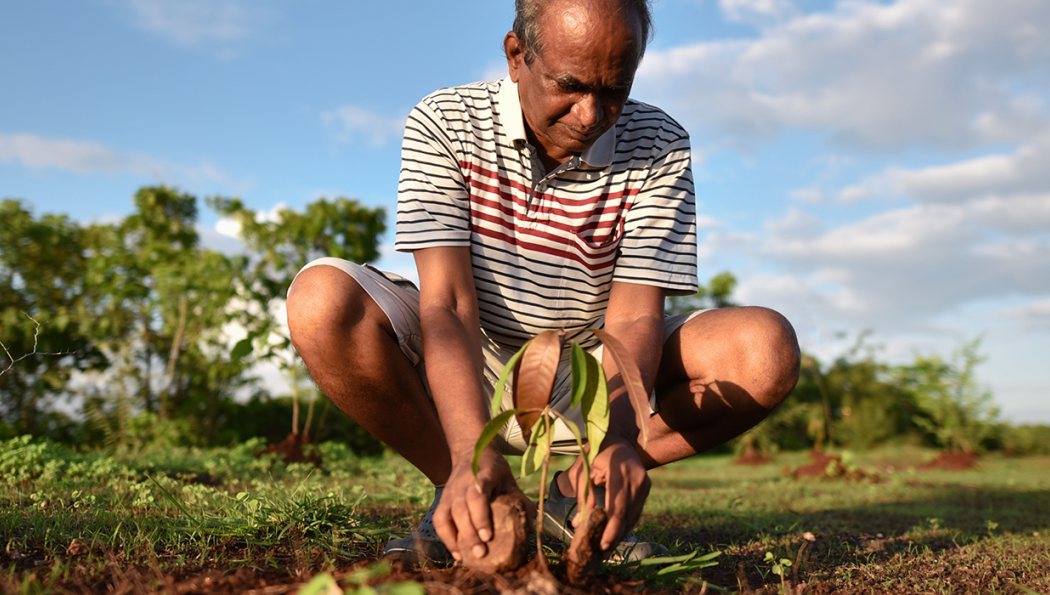 With 15 new projects across six continents, progress is accelerating toward goal of 100 million trees, as consumer support for environmental restoration—and an associated restoration economy—grows.

On April 19, 2022, Mastercard announced that it is expanding the reforestation work of the Priceless Planet Coalition to include 15 new restoration projects, for a total of 18 globally. These projects will help accelerate progress toward the Coalition’s goal of restoring 100 million trees.

Consumer desire to support initiatives that drive environmental restoration is growing around the world. According to the Mastercard Economics Institute, consumer donations to environmentally focused charities grew 48.4% globally in 2022 when compared to pre-pandemic 2019 levels, overall outpacing donation growth to other organizations. 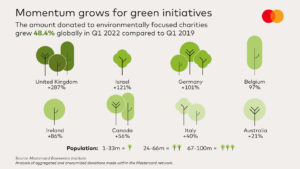 Reforestation is widely acknowledged as one of the most impactful and cost-effective ways to positively counteract climate change.

The Priceless Planet Coalition is not only focused on planting trees, but on re-growing forests in places with the greatest need and the most potential to have positive impact on climate, community and biodiversity goals.

“The Priceless Planet Coalition is focused on addressing the urgent global climate crisis by restoring the right trees in the right places,” says Jorn Lambert, Chief Digital Officer at Mastercard. “By collaborating with our global network of Coalition partners, we are able to further scale our forest restoration work and create collective action for the planet.”

The Priceless Planet Coalition unites companies, communities and consumers in climate action and now includes more than 100 partners globally, including sustainably minded merchants, fintechs and global banks. Each partner is helping to fund forest restoration through consumer engagement and donation campaigns that encourage people to take climate-friendly actions or make direct contributions through a donation platform.

For instance, in the US, Mastercard recently announced a partnership with The Atlantic on an immersive show in Los Angeles, A Forest For The Trees, designed to inspire audiences to rethink their relationship with the natural world.

Conservation International will plant a tree for every ticket sold to the show to benefit the restoration of the Priceless Planet Coalition.

“There’s growing acknowledgement that investing in the preservation and restoration of the natural world around us is critical also to tackling climate change,” says Bo Lidegaard, historian, diplomat, former climate change negotiator, and advisor to the Coalition. “The Priceless Planet Coalition is designed in a way to maximize impact for the planet, rooted firmly in the best science and quality planning and monitoring.”

Momentum for consumer support of environmental initiatives is growing steadily around the world. Recent insights from the Mastercard Economics Institute, which analyzes macroeconomic trends through the lens of the consumer, show that donations to environmentally focused charitable organizations have soared in recent years.

Through innovation and partnerships, Mastercard says it is committed to building a more inclusive and sustainable world with a digital economy that works for everyone, everywhere.

The company accelerated its net zero timeline to 2040 and recently expanded its compensation model for all employees, linking it to three priorities across Environmental, Social and Governance (ESG).

Through its Global Sustainability Innovation Lab, Mastercard is also developing a range of products to enable more sustainable commerce, as well as services to help its customers bring more eco-conscious solutions to consumers around the world.