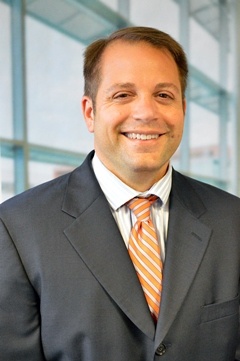 This Guest Article for REVITALIZATION was written by Steven Eget, PE, CEM.

Since 2012, the NYC Build It Back program has been hard at work assisting homeowners, landlords, and tenants throughout New York City, whose homes were impacted by Hurricane Sandy. The most devastating storm to hit the city in at least 300 years, the hurricane caused more than $40 billion in damages in New York alone, with thousands of homes damaged or destroyed.

Build It Back is a federally funded relief program managed by the Mayor’s Office of Housing Recovery Operations (HRO) in partnership with the New York City Economic Development Corporation (NYCEDC) and the New York City Department of Environmental Protection (NYCDEP).

The program was designed to assist homeowners, as well as landlords and their tenants, with assessing the level of storm damage to their properties; estimating the costs for rehabilitation, if feasible; and reviewing environmental issues in order to clear the projects for federal funds.

As Dewberry, the consulting firm I work for, has been assisting the Federal Emergency Management Agency (FEMA) and HUD with similar damage-related assessments for decades, NYCEDC and HRO asked for our assistance in carrying out these critical pre-construction services. 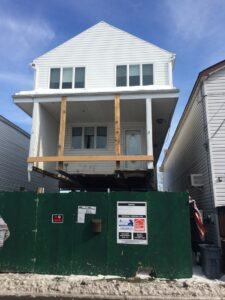 A home in the Broad Channel neighborhood being elevated via the Build It Back program.

In August 2013, we began the process of visiting the thousands of homes impacted by the storm. With HUD guidelines in mind, we helped the city determine if the homes could be repaired, elevated, or rebuilt. Residences that were deemed to have damage assessments totaling more than 50 percent of their value were required to be repaired and elevated. Residences with damage valued at more than 75 to 80 percent of the total value would need to be rebuilt.

Our team, which included nearly 200 architects, engineers, environmental specialists, geologists, information technology (IT) specialists, and cultural resource experts, visited more than 16,400 single- and multi-family homes throughout the five boroughs. Nearly 9,000 homes are now fully repaired and more resilient to future storms. In many of the hardest-hit waterfront communities, homes have been rebuilt and elevated, often 10 to 14 feet, to protect against storm surge and flooding.

Some homes were determined to be too much of a risk to rebuild given their vulnerable location within a floodplain. These properties were purchased through a combined city- and state-administered buy-out and acquisition program supported by federal disaster recovery funds.

According to HRO, more than 96 percent of the Build It Back applicants have now received their full funding for repairs, rebuilding, or purchase. 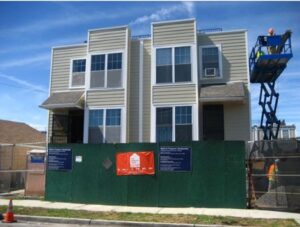 Construction nears completion on a two-family home in the Broad Channel neighborhood.

As we began to address the volume of homes covered under this program, it was clear that we needed an efficient process to complete inspections, facilitate awards to the applicants, and maximize the impact of available funding. We developed and continuously refined a data-rich process flow to support accurate inspections and cost estimates, as well as thorough environmental reviews. Our IT team leveraged the power of cloud-based and GIS-based data management to streamline the inspections, estimates, and reviews, and to facilitate processing the large volume of applications and data collection.

The environmental reviews complied with a lengthy roster of environmental acts and regulations required for federally funded projects. These reviews were required for properties involving historic preservation, floodplain and coastal zones, wetlands, endangered species, air quality or noise issues, hazardous materials and waste, and environmental justice concerns, among many categories.

Our inspections and reports addressed a wide range of issues, from necessary storm repairs, accessibility improvements, and bringing structures up to code to soil remediation, fuel oil tank spills, and the presence of lead-based paint.

In addition to the standard site-specific environmental reviews, we performed additional environmental reviews and studies as needed, including 160 wetland delineations, 148 Phase I Environmental Site Assessments (ESAs) for the City Acquisition Program, 14 Phase II ESAs to evaluate potential soil/groundwater impacts from spills, more than 10,400 lead paint inspections, and 7,600 asbestos inspections. We also conducted 312 consultations with the NYC Office of Parks, Recreation, and Historic Preservation to address historic resources on specific properties.

Every Home Had a Story 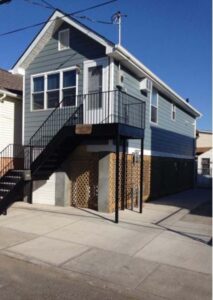 This home in Broad Channel was elevated via the Build It Back program.

Now that this massive effort is nearing its conclusion, it’s easy to step back and look at the big picture. Thousands of homes—a large part of the city’s most vulnerable housing stock—are now more resilient to future storms.

The city has consistently taken care to address sensitive issues ranging from the preservation of historic properties to the protection of endangered wildlife.

But the true success story lies with each and every family whose lives were helped through this process. As we visited homes to complete the inspections, we met with homeowners and families who had experienced traumatic loss as a result of the storm. Through the Build It Back program, these families are now back in homes that are safer and more sustainable.

We’ve witnessed first-hand the ability of people and communities to recover and rebuild.

The legacy of Hurricane Sandy is not the damage that the storm wrought, but the strength and resilience of these families and the dedication and hard work of the many employees in the local, state, and federal government agencies who endeavored to help them.

All photos courtesy of Dewberry. 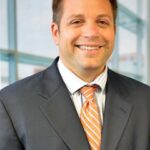 Steve has more than 25 years of experience as an environmental consultant and managed Dewberry’s contracts with the NYC Office of Housing Recovery Operations and the NYS Governor’s Office of Storm Recovery.