Citizens and taxpayers may be surprised to learn that massive amounts of funding are now available for upgrading parks, planting trees, creating additional bike trails, and developing all types of areas for cultural events and community gatherings.

Land values will be enhanced, jobs will be created, tourism will flourish, and there will be an abundance of environmental enrichment as well.

These projects are worthy of note because contracting and collaborative opportunities will be plentiful.

The funding will begin flowing soon, so officials in many cities, counties, and states are diligently working to finalize plans. Now is the time to get involved if participation is of interest.

In Washington state, city officials in Mercer Island are directing unprecedented levels of funding toward park improvement plans. In March, the city approved a budget of $41.7 million for its Parks Capital Improvement Program.

This is the largest amount ever allocated for parks. As the councilmembers approved the funding, they sent a strong signal to citizens that parks, community gathering places, entertainment venues, and environmental upgrades are a focus for the region. The slate of park-oriented capital improvements will include many projects and stretch over several years, but preliminary work on high priority projects will begin in 2022.

Mercer Island will design an athletic field with construction slated for 2023, make improvements to both the Clarke Beach and Groveland Beach parks, and construct numerous community gathering venues.

Another very large amount of funding will be spent on 6.3 miles of parkland between Texas and Mexico. The Binational River Park will stretch from the city of Laredo in Texas to Nuevo Laredo, Mexico, at projected cost of $100 million.

The plan recently entered the design stage, and when completed, it is expected to include construction of numerous new and enhanced walkways, many of which will feature cultural assets and art installations. The plan also will outline projects designed to restore the Rio Grande River ecosystem that unites both countries. Hundreds of contracting opportunities will result.

City officials in Ann Arbor, Michigan, have announced three alternatives for the first phase of an urban tree line plan. Estimates from the pre-design stage suggest that the overall cost of the project will fall somewhere between $9 million and $21 million.

Early in 2022, a feasibility study was launched with the objective of determining which urban forest park option was most appropriate for the city. Solicitation documents are forthcoming for the initial projects.

The Minneapolis Parks and Recreation Board has begun work on the centerpiece of a master plan for a large park initiative. Planning efforts are underway with a focus on building a new community center and water park on the grounds of the North Commons Park. These projects alone carry a projected cost of between $19 million and $22 million.

Officials at the city of Franklin, Ohio, soon will launch several infrastructure improvement projects related to city parks. An initial $3 million in federal funding has been secured to allow the initiative to be launched. The overall goal is to make Franklin Community Park the anchor of a sprawling 8,800-foot bike path. Additional projects include construction of a $1 million standpipe and a $2.1 roundabout. Many other large projects will be announced soon. 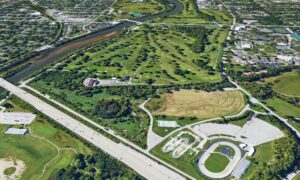 The city of Indianapolis, Indiana, has $6 million to spend on enhancements to Riverside Adventure Park, the second largest of its municipal parks. Funding for the upcoming projects will be increased additionally from another source and the entire effort will total approximately $11 million.

Park trails throughout the 200 acres of Riverside Park’s greenspace will receive enhancements that include art installations, cultural exhibits, and educational facilities. The entire project is in the permitting stage, but city officials plan to release solicitation documents later in 2022.

The city of Colorado Springs, Colorado will invest in its park facilities as a part of a master plan already in place for the city’s 70-acre Coleman Community Park. Officials are currently accepting community input.

To date, recommendations and suggestions have focused on highlighting the park’s existing natural features, such as an adjacent creek that could be integrated into the redesigned layout of the park. An initial $7 million is earmarked for various trail projects, and additional funding will be available once the master plan is finalized.

Cumberland County and the city of Fayetteville will jointly support a $7.7 million park revitalization effort to the Martin Luther King Memorial Park in North Carolina. Now than an initial base of funding is in place, the project will enter the design stage where upcoming opportunities for contracting will be outlined.

There is uncertainty as to when solicitation documents for construction will be issued, but that should be soon since the revitalization work at this park is slated to end in 2024.

It is easy to think of park projects as simple, uncomplicated, and small. That does not seem to be the case with the initial projects that are being announced.

Many of the larger park projects will have components such as LED lighting, electric vehicle charging stations, leading-edge technology, environmental components, and large construction tied to waterways, beaches, and public gathering venues.