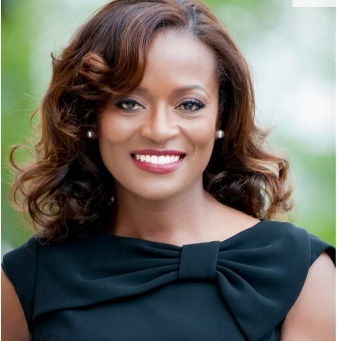 This Guest Article for REVITALIZATION is by Latrena Owens.

What was once a vacant and abandoned a mental health facility in Washington, D.C.’s Ward 8 is rapidly becoming a destination for retail, housing, entertainment and cultural amenities. St. Elizabeths East is an historic gem in the middle of the nation’s capital that is being transformed into a mixed-use neighborhood – with the city leading the charge.

Located at 2700 Martin Luther King Jr. Avenue S.E. in the Congress Heights neighborhood of Washington, D.C., St. Elizabeths East sits approximately three miles from the U.S. Capitol and is directly across the street from the historic St. Elizabeths West campus – now the home of the U.S. Department of Homeland Security’s consolidated headquarters. 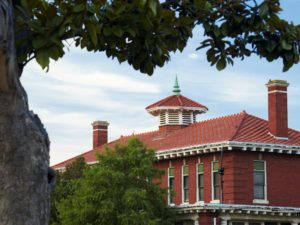 Cupolas are unique to several historic structures on the East Campus. Photo courtesy of the Government of the District of Columbia’s 2012 Master Plan and Design Guidelines.

Added to the National Register of Historic Places in 1979 and designated as a National Historic Landmark in 1990, St. Elizabeths East is one of the few remaining large economic development opportunities in D.C. In 1987, the federal government transferred the 183-acre St. Elizabeths East property to the District and in 2005 both campuses were declared a local historic district designation.

In 2012, the District further developed the St. Elizabeths East Master Plan and Design Guidelines for the redevelopment of the entire St. Elizabeths East. The Master Plan was completed by the Office of the Deputy Mayor for Planning and Economic Development (DMPED) in collaboration with the Office of Planning and the District Department of Transportation, with significant community input.

Due to the historic nature of the campus, the Plan was also developed in accordance to the historic preservation community. The Master Plan was intended to be a roadmap for future development with specific steps to achieving each objective outlined in the Plan. The city’s vision is to interweave threads of opportunity into a realistic strategy for implementation.

In 2013, the District’s Zoning Commission approved the St. Elizabeths East zone district. The zoning established 19 sub-districts within St. Elizabeths East and will allow for over 5 million square feet of new construction and the reuse of historic buildings. This zoning allows for “by-right” development and also corresponds with policy goals outlined in the Comprehensive Plan, St. Elizabeths Redevelopment Framework Plan, as approved by the Council of the District of Columbia on December 16, 2008.

DMPED, the agency overseeing the transformation of St. Elizabeths East, has three core responsibilities: increasing the city’s tax base, creating jobs and developing affordable housing – and St. Elizabeths redevelopment provides all three. To maximize the growth of small businesses and jobs, St. Elizabeths East will become a revitalized historic area with a new mixed-use neighborhood that stimulates revitalization and regeneration in Southeast Washington.

“It is safe to say that the reimagined St. Elizabeths East campus is finally seeing the renaissance that the residents of Ward 8 deserve,” said Washington, D.C. Mayor Muriel Bowser. “Together, we remain focused on ensuring that our longtime residents are benefiting from all the new amenities and opportunities that are coming to the area.”

Over the past seven years, the District has made continuous investments to support the revitalization of the campus. Key infrastructure such as a new road network and utilities were put in place to reconnect the closed-off campus to the community.

Other significant investments include:

The R.I.S.E. Demonstration Center (opened October 2014) is a reimagined use of the former chapel that was located on the St. Elizabeths East campus. Its name — selected by the community — stands for Relate, Innovate, Stimulate and Elevate, a forward-thinking project and gateway for new technology-related businesses and jobs. This space is also the host for regular community meetings, arts exhibits and cultural activities.

The Entertainment and Sports Arena (opened November 2018) is a new state-of-the-art facility that serves as the home of the WNBA Champions Washington Mystics and the NBA G League Team, Capital City Go-Go as well as the official practice facility for the NBA Washington Wizards.

This 4,200-seat arena will attract over 380,000 annual new visitors per year to the Congress Heights neighborhood and drive private investment dollars to the St. Elizabeths East redevelopment, including the planned hotel.

This is a catalytic investment opportunity for Ward 8, with an anticipated total of new tax revenue of $90 million over 20 years.

The Residences at St. Elizabeths.Photo courtesy of Flaherty & Collins Properties.

The Residences at St. Elizabeths (opened November 2019) is a 252-unit apartment community with 202 affordable housing units for households earning less than 50 percent of the median family income (MFI), or $58,600 for a family of four.

Mayor Muriel Bowser cut the ribbon for the first housing development at St. Elizabeths in November of 2019, just steps from the Metro and the Entertainment and Sports Arena. Amenities for residents will include a fitness center, clubroom, a playground, and outdoor recreational area, all steps from the metro rail.

This is an adaptive reuse project that has kept the original structure with renovation of the interior of the building.

On the horizon for St. Elizabeths is the development of Parcel 17 which will bring commercial and Class A office buildings to the site. In November 2019, Mayor Bowser also announced Whitman-Walker Health as the first tenant to sign a lease to build a new 118,000-square-foot, state-of-the-art facility that will provide critical health care services on Parcel 17. This expansion will allow Whitman-Walker to go from serving 5,000 to 15,000 patients and clients annually at the new facility.

Parcels 10 & 14 will bring for-sale townhomes, and Parcel 15 will be a mixed-use development including residential, retail, Class A office space, a hotel and town square. The stand-alone hotel will be the first full-service hotel East of the River and would be an attraction and employment generator for residents.

With the hospitality industry being one of the fastest growing industries in the city, the hotel industry is expected to continue to be a reliable source of new jobs for local residents and provide the community with pathways to the middle class.

When complete, St. Elizabeths East will be a unique place to cultivate economic opportunities in security, including critical infrastructure, energy, healthcare and sustainable technologies – a place where our nation’s brightest minds can think, create, educate, and live.

Recreating this region of Washington, D.C. has been amazing to see. The community and stakeholders have upheld their promises and efforts, while working closely with our local officials, and we are excited to see the daily progress being made, but more excited to see the final restoration in the next few years. 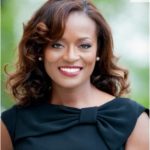 Latrena Owens serves as the Executive Director of the St. Elizabeths East Redevelopment for the Office of the Deputy Mayor for Planning and Economic Development (DMPED), which assists the Mayor in the coordination, planning, supervision, and execution of economic development efforts in the District of Columbia with the goal of creating and preserving affordable housing, creating jobs, and increasing tax revenue. DMPED pursues policies and programs that create strong neighborhoods, expand and diversify the local economy, and provide residents with pathways to the middle class.

Prior to working with the Office of the Deputy Mayor for Planning and Economic Development, Latrena served as the Chief of Staff for the District’s Department of Housing and Community Development (DHCD).