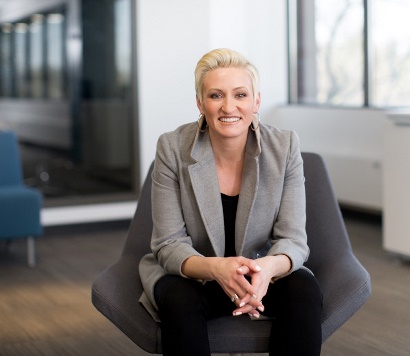 A Guest Article for REVITALIZATION by Amanda Brinkman.

Theories abound about what it takes to revitalize a small town. Some think it’s downright impossible in our modern economy. We wholeheartedly disagree. Our thesis: invest in Main Street businesses, and entire communities can spring back to life.

Skeptical? At Deluxe Corporation, we have the evidence to prove it. It’s called the Small Business Revolution.

We launched the program in 2015 to coincide with our 100th anniversary. It started out as a series of mini-documentaries and photo essays about 100 remarkable small businesses throughout the country. We were deeply inspired by what we found, especially in small American communities.

So much so that it led us to ask: What if Deluxe identified a small town in need and invested $500,000 into its Main Street businesses? Could it revitalize the entire community?

In 2016 we decided to find out, introducing “Small Business Revolution – Main Street.”

The program is simple: People across America nominate their favorite small town. Deluxe identifies finalists. And the public votes to select the winner.

The program was an immediate hit. In the first year, the contest received nearly 10,000 nominations and more than 180,000 votes, with Wabash, Indiana, being named the winner. Those numbers went up to 14,000 nominations and nearly 1 million votes in 2017, when Bristol Borough, Pennsylvania, came out on top.

To share the revitalization process with the entire country, we captured it in a show, which can be found at SmallBusinessRevolution.org, Youtube and on Hulu. Each half-hour episode shows how Deluxe marketing experts, joined by a host of other industry experts, transform individual businesses – and the impact of that work on the broader community. 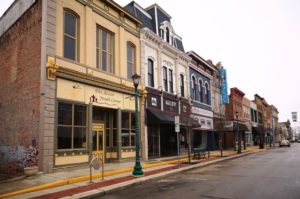 Before we came along, Wabash was going through the same challenges that so many small towns face. It had lost key employers in the manufacturing industry. The population had fallen from 14,000 to 11,000. Storefronts were closed up. Portions of downtown had become a dust bowl.

“We were a shell of a community,” Kent Henderson, owner of Schlemmer Brothers, a metal works and retail hearth business, told us before we started our work in Wabash. “We had some big-box stores on the edge of town but that was it. There was no personality. No love.”

We went to work. Our marketing professionals met with small business owners like Henderson, and Harry Kilmer, who runs Harry’s Old Kettle Saloon. Kilmer loved running his bar but he wasn’t making much of a living doing it. In fact, he always had a second job.

But he had a dream: to add a kitchen. He had been cooking since age 8 and thought a food menu would go over great in the community. But professional equipment is expensive, and he didn’t see how it could happen.

Our team worked with Harry and his wife and business partner Judy, going through everything: menu, pricing, website, visual branding – and yes, kitchen equipment. By the end of the process, which you can view in season one, Harry’s Old Kettle Saloon was transformed into Harry’s Old Kettle Pub & Grill.

“To have Deluxe come in and do this doesn’t seem real,” Harry told us. “Something like this just doesn’t happen.”

But it did. And the results have been spectacular. Harry saw immediate growth, was able to quit his second job, and said that by 2017, sales were up 50 percent. “I still can’t believe it,” he said.

The story of Wabash spread throughout the country, with the small business owners becoming heroes to other entrepreneurs (and aspiring entrepreneurs) across America.

We returned a year later to film an episode about how the town was doing in the wake of the Small Business Revolution. We found not only a handful of revitalized businesses – we found an entire town brimming with pride. As further evidence: Wabash Mayor Chuck Long has told local media outlets that tourism dollars are up and there is a new spirit of camaraderie in the city.

In other words, our theory was proven correct: If you invest in Main Street businesses, communities come back to life. We couldn’t wait to do it again.

2017: Bristol Borough, Pennsylvania, Get Its Groove Back 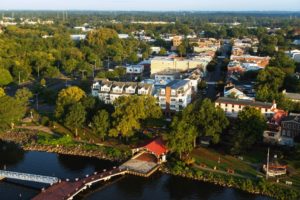 After Wabash’s success, the number of entries and votes soared in 2017. The winner was Bristol Borough, a town of 10,000, situated on the Delaware River in Pennsylvania. Like Wabash, it had fallen on hard times due to factory closings.

As Bill Pezza, president of Raising the Bar, a non-profit organization that promotes economic development in Bristol Borough, said in a Season 2 episode: “We had been in a downward spiral. This helped get our confidence back.”

Megan Hems and her husband Roland are certainly walking taller. They run Hems Truck and Auto, a full-service auto shop. Roland is the mechanic, Megan the office manager. From oil changes to tire rotations to engine repair, they take pride in getting their neighbors back on the road.

Their main stress point, and not a small one, was money. “We have been living paycheck to paycheck for a long time,” Megan said. “We were one false move from losing it all.”

Just like we did in Wabash, we brought our experts to town and met with Megan and Roland. Before they knew it, the shop felt new again. We refurbished the physical space, making it brighter and more customer-friendly. We refreshed their website. We enhanced the shop’s mobile experience. We designed a new logo. We helped them reimagine their whole business.

“The shop is beautiful now and a true expression of what we do,” Megan said.

We worked with five other businesses, including a barber shop and a boxing gym. We also installed a sound system for the city’s riverfront and kiosks. (Watch season two for more details.)

Like Wabash, the impact on Bristol has been profound. Property values are up. Retail outlets are buzzing again. Buildings are filled. And get this: When our Season 3 winner was announced, that town’s local media called Bristol’s Pezza, to get insights into what was at stake for the next winning community.

His response: Before the Small Business Revolution, Bristol Borough had 26 empty buildings. Today that number is 10, with six under contract for utilization.

2018: Alton, Illinois, Gets Ready For Its Close-Up 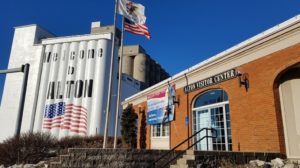 The revolution is still growing.

In February, Alton, Illinois, was named our next winner. The excitement in town is already building.

Alton community and business leaders have been quizzing leaders from Wabash and Bristol Boroughs on what to expect. The community is ready for its close-up.

Season 3 of “Small Business Revolution – Main Street” debuted on October 4, 2018. The new eight-episode season chronicles the story of Alton, Illinois, and shows how Deluxe experts provided a a $500,000 revitalization to the town’s inspiring small businesses, from an Irish pub to a music studio to a dog groomer.

The new season, along with Seasons 1 and 2, can now be viewed at SmallBusinessRevolution.org. 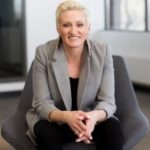 Amanda Brinkman is the Chief Brand and Communications Officer for Deluxe Corporation. She’s also the Creator of the Small Business Revolution.

Amanda’s career started at top ad agencies, working on major brands like Virgin Mobile, Reebok, NYSE and BMW. She then became an “intrapreneur,” cultivating creativity from the inside out at General Mills, Allianz and UnitedHealth Group. Today, as Deluxe’s Chief Brand and Communications Officer, she produces and stars in the acclaimed Small Business Revolution – Main Street series. Amanda also serves on the boards of the Children’s Cancer Research Fund, Make-A-Wish, The Children’s Theatre, the Women’s Business Development Center and the Association of National Advertisers.