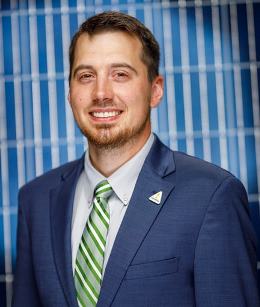 This Guest Article for REVITALIZATION is by Tyler Kanczuzewski.

The Inflation Reduction Act of 2022 (IRA) is projected to reduce U.S. carbon emissions 42% by 2030, create millions of American jobs, and increase solar deployment across the country fivefold.

Where will all this solar go? Some projects will be sited on rooftops; others will be in the form of large, utility-scale solar farms. But not everyone can put solar on their roof, and utility-scale solar tends to be sited remotely, requiring expensive long-distance transmission lines to move the power to where it will be used.

Community-scale solar, on the other hand, can be sited where people live and work, helping to revitalize communities in a number of ways. The IRA will be instrumental in making many more of these projects pencil out. 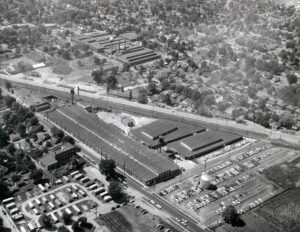 The Kokomo site before it became a brownfield.

Community-scale solar provides numerous benefits to communities that aren’t possible with remotely sited solar, such as local environmental benefits, jobs that can’t be outsourced, and other economic stimulation such as tax revenues.

A segment of this market, known as community solar, lets multiple community subscribers — such as homes, businesses, schools, and universities, or municipalities — share the energy from solar projects.

The subscribers receive credit on their electricity bills for their share of the power produced.

Unlike rooftop solar, community solar lets anyone — including renters and often low- and moderate-income (LMI) households — enjoy the benefits of solar, such as lower power bills.

Whether a project has the community solar structure or is simply a mid-sized solar project located in a community, it can bring all community members the many benefits of locally sited solar. 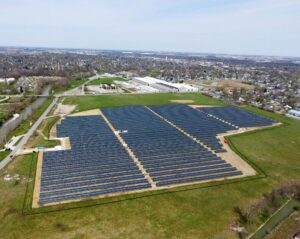 Despite the benefits, siting community-scale solar can be challenging.

Residents and businesses often fear that solar projects will damage sensitive environments, ruin views, or otherwise change the character of their community.

Because brownfields have limited potential for other uses, they are well suited for installing solar projects and are less likely to run into local opposition.

Their size makes them perfect for community-scale solar. And they are plentiful: the Environmental Protection Agency (EPA) estimates that there are more than 450,000 brownfields in the U.S.

Over 10,000 of those are closed and inactive landfills that could host enough solar to power 7.8 million American homes, according to a 2021 report from the Rocky Mountain Institute.

Landfills are connected to electric infrastructure and roads, making it easy to connect solar projects to the grid and to the people who will use the power they generate. They aren’t usually shaded. And many landfills are located in LMI communities, so siting solar on them promotes environmental justice. 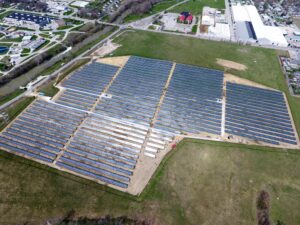 Industrial sites share many of these benefits and can also be excellent locations for solar projects. Even Superfund sites can be used for solar, such as Inovateus Solar’s Kokomo Solar 1 installation.

Inovateus built this 7.2 megawatt (MW) project in Kokomo, Indiana, on a heavily contaminated Superfund site that had housed a Continental Steel manufacturing plant, the city’s largest employer, until it closed in the 1980s.

The site remained unused until it underwent a $40 million remediation effort led by the EPA and the Indiana Department of Environmental Management that transformed it into a recreational and clean energy showcase.

What had been a blight and a major hardship for the community became a source of pride, not only providing power to local residents and businesses but also helping increase property values and the local tax base, while facilitating local job growth.

An added benefit is that by providing clean energy sources, an area like Kokomo can attract more businesses, which are increasingly making efforts to use more clean energy for their operations.

By repurposing brownfields into brightfields with solar power, projects like Kokomo Solar 1 are helping to revitalize communities across the Rust Belt and elsewhere.

The IRA boost for community-scale solar 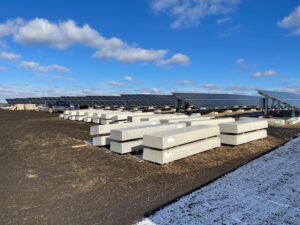 It’s easy to see why brownfield-to-brightfield solar projects were already attractive for communities. Now, all community-scale solar projects are getting a big boost from the IRA, with added benefits for projects built on brownfields.

Clean energy deployment in the U.S. has been largely incentivized via the Investment Tax Credit (ITC) and Production Tax Credit (PTC). The IRA makes some updates to these tax credits that will provide key incentives for brownfield solar projects.

Before passage of the IRA, the ITC for community-scale solar was scheduled to drop from its original 30% to 10% by 2024. Now, the ITC is back to 30% for 10 years, with carryovers allowed beyond the first year.

This means that many more solar projects will pencil out. Plus, the policy certainty will allow solar developers to plan farther ahead without worrying that incentives will change anytime soon.

It will also be easier for municipalities and other nonprofit entities — such as school districts, universities, churches, and tribal governments — to fund solar projects.

Because nonprofit entities like municipalities lack the tax liability to take advantage of tax credits, until now they often funded solar projects via financing from a third party who did have a tax appetite. The municipality would generally pay for the solar energy through a lease or power purchase agreement (PPA). 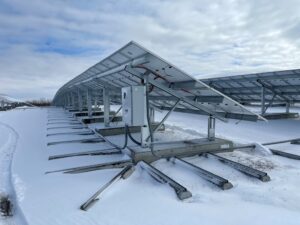 The IRA adds an option for tax-exempt entities to get a direct payment for the credit amount, versus having that amount deducted from the following year’s tax liability.

This will allow some municipalities to purchase their own solar system, which typically offers more savings than a PPA. The IRA will also help those who still prefer PPAs to enter into more favorable PPAs that provide greater savings, because the pool of available financing will increase.

A new provision in the IRA also allows solar projects to use the PTC, previously reserved for wind projects.

Whereas ITC credits provide a one-time payment of a percentage of a project’s cost, PTC credits are paid based on the power that a project produces over 10 years. Check with your tax advisor to determine which tax credit would be most beneficial for you. 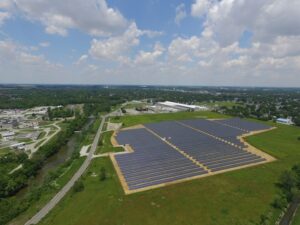 The IRA includes a number of adders that can increase the 30% credit.

One of these is a 10% adder for siting projects in “energy communities,” as long as certain domestic content requirements are met. Energy communities include brownfield sites as well as areas that have had significant employment related to fossil fuels or coal mines that have closed.

If all the requirements are met, a community-scale solar system installed on a brownfield will receive a 10% ITC adder and 50% accelerated depreciation, according to an analysis by Norton, Rose, Fulbright. That adds up to a 40% tax credit, making many more projects economically viable.

A bonus is that projects under 5 MW — the size of many community-scale solar projects — can also apply the ITC to interconnection costs. Applying the ITC to these skyrocketing costs will make even more projects pencil out.

Other IRA adders include a 10% adder for projects in LMI communities or on tribal lands, and an adder of up to 20% for projects that serve multifamily LMI buildings or that provide at least 50% of the financial benefits to LMI households.

Revitalizing your community with brownfield solar

What do these new incentives mean for your community?

If you live in one of the numerous regions in the U.S. with brownfield sites, your community could be a good candidate for enjoying the benefits of local solar.

This EPA map shows sites that are suitable for solar development, and this article points to a number of energy community maps currently being developed — with a caveat that the IRS has yet to weigh in on what qualifies as an energy community.

The EPA has also suggested that the number of brownfield sites across the country could be as high as 1 million, much higher than its official estimate.

Getting down to the nuts and bolts, what would a solar project cost? Say your community has decided to build a 1 MW solar project on a brownfield. For the sake of illustration, we’ll assume it would cost $1 million to build. With environmental clean-up costs, the price can vary greatly, so let’s keep it simple.

With the 30% ITC and the 10% brownfield adder, the cost will be down to $600,000 right off the bat — and if your municipality or another nonprofit owns the project, they won’t even have to wait till tax season to realize those savings.

Site the project in an LMI community or set it up to serve LMI households, and you could be looking at a $400,000 price tag for what would otherwise be a $1 million project.

Some of the details are still being worked out, and you should always consult with your tax advisor on the financing and tax implications for your project. But as this example shows, it’s clear that the IRA will be a powerful force in unleashing solar to revitalize communities across the U.S.

All photos courtesy of Inovateus Solar. 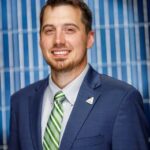 Tyler Kanczuzewski is the Vice President of Sustainability, Board Member and an Investor of Inovateus Solar. Originally from South Bend, Indiana, he was recently immersed in the Grand Rapids and West Michigan sustainability community while working on his MBA at Grand Valley State University with an emphasis in Sustainability, and he graduated in 2019.

Tyler has since led the company’s efforts in stewardship and sustainable practices. He did his undergraduate work at Holy Cross College in Notre Dame, Indiana, and graduated in 2012 with a Bachelor of Arts, and Major in Business. While there, he played on the varsity golf team.