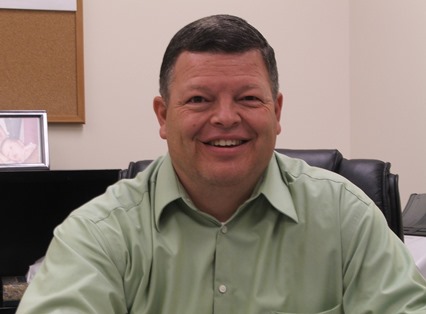 Union City, Indiana, with a population of just 3584 folks, sits among the corn and bean fields on the state border of Indiana and Ohio. 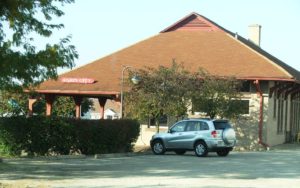 This border community, like many communities in the Midwest, began as a railroad town. Early coal-fired engines belching smoke came to the horse-drawn roundhouse to begin their return journey.

The site of this intersection was what was known as the “Big Four” railroads. The community grew rapidly in the late 1800’s, warehouses lined the area near the railroad, horses and wagons filled with the bounty from the trains crowded the busy streets, as the community spread across the Stateline into Ohio.

The twin communities continued to prosper over the years, becoming a regional manufacturing center. In the 1960’s through the 1970’s, Union City boasted more manufacturing jobs than population, drawing workers from the three surrounding counties. 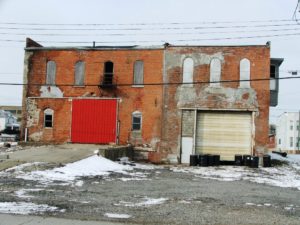 The 1980’s were a dark time for Union City. As with many Midwestern communities, manufacturing jobs began to drain away to the south, and the formerly bustling community began to become a quiet, depressed place, devoid of hope with a grim looking future.

Then, in 2006, a new city council was elected. It comprised visionary business people, motivated citizens and residents dedicated to their community. This newly-energized council refused to accept that the city’s best days were behind it, and began to look at ways to improve and revitalize the community.

“You can just tell this is a community that’s a magnet that attracts passionate people. That just adds to not only the quality of life, but the quality of place as a whole. They’ve got a good thing going here,” enthuses Union City resident Jessica Noggle.

The council made a bold step and hired a City Manager, a position very new to the State of Indiana. This professional manager’s first act was to develop a Comprehensive Development Plan with input from community members.

During this time, local government and residents took a hard look at the state of the city; “What are our infrastructure needs?, How can we begin to look at economic development, and quality of life issues?”

This type of planning was a first for the community. It spoke of the need for change, and change is always difficult, especially in a rural community. There were those who said, “We’re too small to get involved in these kinds of projects!”

The resistance to change was significant. But with the election of a new Mayor in 2007 who had the vision and the drive to move the city forward, the Comprehensive Plan began to become a reality. One of the artisan lofts.

Within Union City’s plan was the idea to develop a focus on the Arts to encourage young and emerging artists as well as to attract young professionals to the community.

In Phase One of a newly-created Resident Artist Program, the city renovated an existing vacant building into apartments for artists. The four loft apartments would have common kitchen and laundry facilities, with wi-fi access provided. The artists would be referred to the program from nearby Ball State University, Earlham College, and the county Art Association.

Artists would live rent-free in the apartments for a year, pursuing their individual discipline and performing community service projects, such as school presentations, mural painting, and visioning for future development within the community. 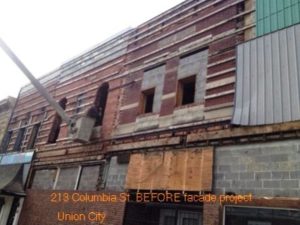 In Phase Two, the city began the development of Artisan Crossing Park on the location of a recovered brownfield site near the center of the city. A professional performance amphitheater was constructed on the site with local funds and volunteer skilled labor. This provided a venue for the performing arts, music, and a gathering place for the community.

A study of Union City’s downtown was commissioned, and the resulting plan included a new streetscape and façade renovation. A group of 120 community volunteers began an effort to repair, paint and restore a number of buildings in the downtown. 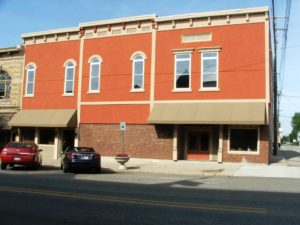 One of the vacant downtown buildings was acquired by the city and improved with an entirely new façade. The local art association and the Preservation Society developed one-half of the building into an artist’s co-op, called “The Art Hub.”

As many as 30 area artisans display their work for sale in this unique shop, which is staffed by volunteers. The Art Hub continues to draw visitors from a wide area of Indiana and Ohio.

This new, forward-looking attitude by the community has also resulted in many infrastructure and transportation improvements, as well as attracting new manufacturing and technology companies to the area.

Local resident, Jaime Stocksdale exclaims “I love the small town feel and the close-knit community. We have great leaders in this community right now and it’s exciting to see the changes they are bringing to our little town!”

This new focus on revitalizing the community has also resulted in a focus on environmental concerns as well, with city facilities now the site of solar energy systems located at the water plant, city hall and Artisan Park.

One would not usually imagine these type of revitalization projects in a community of less than 5000 population. But the forward looking, “can-do” attitude that the community has developed continues to result in a new and better Union City, making it a great place to live, work, and play. 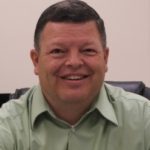 Monte has worked as a consultant with other small Indiana and Ohio communities in developing Comprehensive Plans, Brownfield Mitigation, and grant funding. He lives in Union City Indiana with Sally his wife of 36 years, 3 sons and seven grandchildren.