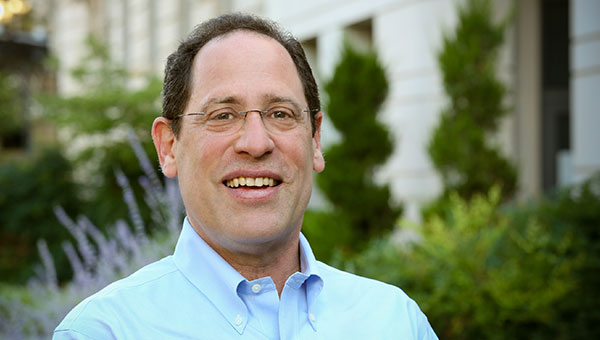 For the past several years, we have consistently recognized the immense value commercial corridors play in both urban and rural geographies.

Commercial corridors are economic engines for communities: they provide jobs that keep money circulating in the local economy, offer goods and services for residents, and power entrepreneurship and wealth building for whole communities. They also serve as valuable gathering places and sources of civic pride. Commercial corridors hold economic and symbolic value, and impact public perceptions of surrounding neighborhoods and the communities.

Many of these places have struggled in recent decades due to shifts in the economy — the rise in online shopping and ecommerce, a lag in entrepreneurship that began during the Great Recession, and consolidation manifesting itself in the form of major online and big box retailers. All of these shifts have contributed to uneven growth and vacancy rates in commercial corridors, downtown areas, and Main Streets.

As we documented in 2019, before the pandemic, check cashing outlets, fast food restaurants and Dollar Stores are more likely to outnumber commercial banks, quality food establishments and grocers in the preponderance of corridors located in low-income communities.

The COVID-19 pandemic further amplified these struggles. Many of the businesses hardest hit by the pandemic — retailers, restaurants, bars, etc. — are also the ones that populate and contribute to the dynamism of commercial corridors. Black- and Brown-owned businesses have proven to be exceptionally vulnerable.

Early in the pandemic, we worked with Senators Booker and Daines on bipartisan legislation to provide relief to these commercial corridors, which ultimately got stalled in the legislative process.

The upshot is that, despite multiple rounds of the paycheck protection program (PPP), these businesses — many of which did not receive sufficient aid from the program — continue to suffer from the pandemic fallout from a reduction in capacity, foot traffic, and hours. Supporting these businesses and tackling retail vacancies is an urgent task, and requires new forms of support, different than early pandemic grant and loan programs offered by the federal government to keep individual businesses afloat.

Corridor revitalization efforts should be approached in concert with efforts to incentivize and imagine new uses for commercial office space.

To this end, we strongly believe that it is timely for states, cities and counties to consider investing in commercial corridors. We recommend, in particular, that states use a portion of their remaining American Rescue Plan resources to support a Commercial Corridor Revitalization Grant Program. A sketch of such a competitive program is provided below.

To refresh, the American Rescue Plan awarded $350 billion to the Coronavirus State and Local Fiscal Recovery Fund (SLFRF), of which states will collectively receive $195 billion.

The program specifically encourages states and localities to use the funds to support the small business recovery. States can and should use unallocated funds to support Commercial Corridor Revitalization Grant Programs in 2022.

The Center on Budget and Policy Priorities reported in November 2021 that states had collectively allocated $105 billion in SLFRF funds, leaving over $90 billion yet to be allocated.

According to the National Conference of State Legislatures, as of January 2022, 22 states have allocated a total of $4.9 billion of their SLFRF awards toward small business and economic relief programs, representing less than five percent of all state spending to date.

However, most state small business recovery programs have so far provided grants to individual businesses based on size or revenue or location within hard-hit areas, or focused on businesses within particular industries and businesses that didn’t qualify for large federal aid programs run by the Small Business Administration (i.e., the PPP or Emergency Injury Disaster Loans).

Others have crafted community revitalization programs targeting physical upgrades to commercial districts, but we have not yet seen them combined with targeted supports to help businesses grow.

The Treasury Department’s SLFRF program encourages support to individuals and businesses in Qualified Census Tracts, defined as those with certain thresholds of residents living in or above poverty line, to target aid to disadvantaged communities, but practically speaking, this does little to incentivize investments in specific corridors given that QCTs encompass a majority of zip codes in some cities.

As a result, few cities, counties, or states have designed programs to strategically support new and existing businesses co-located in targeted commercial corridors, despite such a program being an allowable use of funds.

The bottom line: Much opportunities remain for states to innovate and adapt how they use ARPA funds to support the small business and commercial corridor recovery in the years ahead.

If funded through SLFRF dollars, these programs must align with Treasury’s official guidance. Applications may NOT be used for general economic development purposes. Successful applications MUST identify negative economic impacts of the pandemic and how their project proposal will respond to those impacts and help the target community or businesses recover.

A Proposed Model for a Commercial Corridor Revitalization Grant Program

We propose that states consider creating a competitive program to support the development and recovery of commercial corridors. The program we propose is designed to invest in the infrastructure, capacity building, and resources that will help a state’s commercial corridors recover from the pandemic and thrive well into the future. This program can easily build upon the Main Street efforts that already exist in most states and many cities.

The program recognizes the unique ability of community partnerships to lead large-scale change and revitalization in commercial corridors. It would offer two forms of funding:

Successful applications for both categories would demonstrate the importance of a particular commercial corridor to their community and illustrate how state investments will support job growth, minority & women-owned businesses, and the built environment within that commercial corridor.

Planning Grants: This portion of grant funding recognizes both the importance of planning to achieve sustainable results in commercial corridors and the role of community-led partnerships in this work. Any organization focused on commercial corridor improvement (nonprofit organizations, universities, municipalities, chambers of commerce, etc.) would be eligible to apply for a grant.

Strong applications would demonstrate the existence of a partnership with a government entity and other local stakeholders, or would document commitment from local groups to build a partnership using grant funding.

Applications would also need to demonstrate how planning efforts will work to strengthen or build this partnership, while mitigating the negative economic or public health impacts of the COVID-19 pandemic.

Examples of potential eligible projects include:

This portion of grant funding would support project-specific costs to revitalize a commercial corridor or incentivize future development. Strong applications would demonstrate the importance of a project to the commercial corridor and, if applicable, the ability to leverage additional capital (private or public).

Applications would need to indicate how the funded program or project will address negative economic or public health impacts of the COVID-19 pandemic.

Examples of potential eligible projects include (but are not limited to):

Capital and programmatic grant awards would not exceed $10 million.

This grant program is intended to support both rural and urban communities in the state.

Rural communities are defined as:

Partnerships seeking to apply for capital and programmatic support would need to demonstrate the existence of a plan to guide the project work.

Successful Applications to this Program Would Include:

We’ve proposed one approach to using funds from the American Rescue Plan SLFRF to support commercial corridors during this massively uncertain period of American economic life.

What’s clear is that as cities and metros emerge from this pandemic they will look different from the past — how different and in what ways is still up for debate. Many commercial corridors, especially those in rural areas and low-income urban areas, were struggling to adjust to economic changes before the pandemic. COVID only made matters more extreme for them.

State leaders have a tremendous opportunity at the moment. They can provide funds that allow commercial corridors to recover from the pandemic and position themselves to be dynamic and vital nodes of local commerce, building out markets within states and metros, in the coming years.

This Guest Article originally appeared in The New Localism, and is reprinted here (with minor formatting edits) by permission. 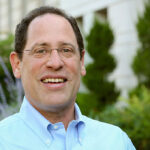 Bruce Katz is the Founding Director of the Nowak Metro Finance Lab at Drexel University.

Colin Higgins is the Deputy Director and Karyn Bruggeman is a Senior Research Fellow at the Nowak Lab.

Michael Tolan is a 2nd year student at the Kennedy School of Government at Harvard University; he was a summer intern with the Nowak Lab in 2021.