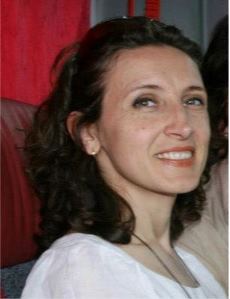 A Guest Article for REVITALIZATION by Lumnije Gashi-Shabani and Dukagjin Bakija.

The Western part of Kosovo, in southeastern Europe, is well known for its wealth of natural and cultural heritage. 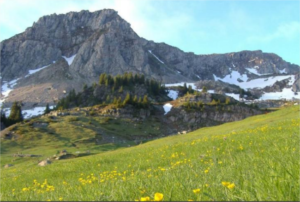 It boasts everything from traditional small family mills and vernacular structures to iconic UNESCO-protected religious buildings, along with the highest mountain peaks in this part of Europe.

Junik is a small, ancient town in this part of Kosovo, whose existence goes back to the Illyrian times. In 2008, Junik officially became a municipality, thus assuming the same powers and responsibilities as other municipal governments in Kosovo.

Although physically quite small (~78 km²), the town is very rich in the traditional buildings—and in the cultural and natural heritage values—that are typical of the region.

In an attempt to align with legal requirements and good planning policies, Junik created a Municipal Development Plan (MDP). It’s intended as a response to new real estate development, and to challenges such as protecting and promoting natural features and cultural heritage values, recovering from war damages, dealing with environmental issues, etc. 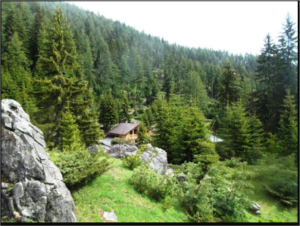 The MDP is legally-binding strategic document. It addresses the values, needs and interests of citizens through vision, goals and development framework. The underlying vision for Junik’s future was developed in a participatory manner, emphasizing its distinctive features.

That vision is to be a place of tradition that develops and promotes its own human, cultural-historical and natural values, with local economy based primarily on revitalizing tourism and agriculture.

This vision guided the creation of a municipal brand and logo, with the slogan “Junik is unique” echoing through rhyming verse that translates as “Welcome to the Junik Kullas, Freshen up with Junik river, Rest on Moronica; Climb in Gjeravica”. The idea was to create a municipal brand that reflects the identity of the place which intends to become known, inspire, fosters emotions and provokes especially the visitors.

Moronica is a nature park within the heart of the town, with a beautiful landscape adjacent to the Erenik River. Gjeravica is the highest peak (2656 meters) of the Albanian Alps in Kosovo. 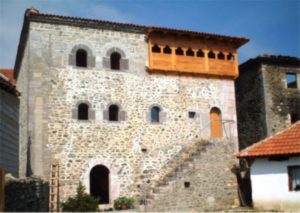 Kullas are typical Albanian fortified houses. With their unique neoclassical style and double function, they started to appear in Kosovo at the end of the 18th century. They continued to be built throughout the 19th century, and into the first few decades of the 20th century.

The Kullas are mostly concentrated in the historic center of Junik. They were built around families that had a common clan origin. In this way, neighborhoods developed physically apart from each other. This was primarily because clans preferred maintaining such distances, but also to immediately indicate to others which clan residents belonged to.

Time, weather and various human factors have contributed to the loss of many Kullas. A number were adapted to the needs of more modern life, losing their traditional appearance and function in the process. But such inappropriate adaptive reuses, and collapses due to deterioration, were minor compared to the effects of the horrific local war, which ended in 1999 when NATO-allied forces intervened.

Two kullas lost during the war..

During this period, many of the best architectural examples of Kullas in the rural outskirts of Junik were burnt down or otherwise destroyed. As a result, one can hardly speak of an ensemble or agglomeration of Kullas in Junik any more.

Therefore, “Protection and reuse of the existing cultural heritage” became one of the main goals of the MDP. It promotes the enhancment of both organizational and individual capacity to protect, renew and promote heritage, and use of the generate a cultural tourism economy. There’s also an educational component focused on boosting public awareness of the benefits of this strategy.

The plan proposes the programmatic restoration of Kullas for public use such as a town museum, a library, a tourist information center, a youth and cultural center, and more.

This project consists of the renovation of the old traditional Kulla and its adaptation to a Municipal Library. Kulla of the Hoxha Family is a three story tall structure being original built on year 1790 and belongs to building typology named “Kulla with stone”.

During the last war, structure of the building was almost entirely destroyed, succeeded only by three surrounding walls. All the openings (doors and windows), roof and floor structure between floors had disappeared.

Through several smaller interventions, initiated by the Hoxha Family, most of the wall structure and the roof had been reinstalled. At that point, building had secured its continuing physical presence, though its original usage as a family home was not required anymore. 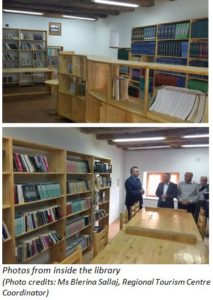 The Hoxha family agreed to provide the building and its land plot for the community needs. In return, municipal counterparts committed to invest in further in ensuring adaptation and re-use for the building structure into a local library and a meeting place for community. This process ensured to maximize the use of local resources and integrate sustainable architecture practices in restoration.

Recycling and energy saving measures were planned for the project lifespan and beyond. An adaptive reuse process commenced with an inclusive community information campaign, plus a professional workshop aimed at draw a shared vision of the final outcome for the building.

As a result, an agreement was reached to maximize use of space as town library. Reconstruction work was carried out during 2011–2012, with the grand opening in 2013.

Currently, this space is maintained as the only town library and used daily by locals and visitors. Library stock has kept enriching from the originally stocked around 1000 titles into today’s 10000 titles at use.

This project’s purpose was to establish the tourism business infrastructure-Regional Tourism Centre in a way that would help stimulate and support tourist-oriented Small and Medium Enterprises (SMEs) to revitalize the tourism economy in the western region.

Similar to many in the region, this Kulla served as a family home. It housed the Rrush-Zeqiri Family from the mid XIX century until the late 1990s, when it was hit by tank artillery in the recent war.

The building had lost most of its load-bearing structure, other than partially-standing walls.

After a negotiations process with family representatives, municipal officials took on the task of transforming the Kulla for the use by—and benefit of—the community. 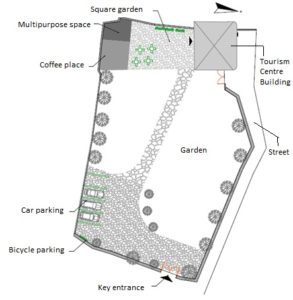 In accordance with the Junik MDP, community representatives proposed that this structure be adapted into a tourist information center. The reuse and revitalization of this Kulla was thus based on both the educational and economic aspects of the vision.

A deal with Rrush-Zeqiri family transferred the usage rights of the Kulla to municipal authorities rent-free for 15 years. The Kulla is located at the corner of 15 acres of flat greenspace that’s available for various community gatherings.

In consideration of the strong community links within the Junik, participatory design exercises and community-based decision making was promoted throughout the process.

In result of all this restorative activity, a Regional Tourism Centre was established in a restored 270 m2 traditional Kulla with the aim to create and manage tourism-themed income-generating activities beyond the town limits. The program will strengthen existing SME tourism operators’ capacities, while identifying and training potential new SME tourism operations. This has already resulted in greatly-increased visibility of the region’s tourism offerings and employment opportunities. 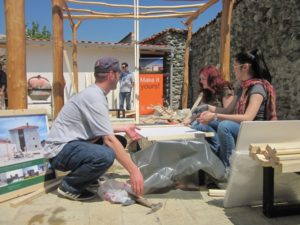 Youth in the “Make It Yours” campaign.Photo: Cultural Heritage without Borders

The “Make It Yours” campaign ensured that youngsters and other “hard to reach” members of the community are also offered opportunities to learn and use construction skills during the restoration process, and to obtain post-restoration employment running the tourism center.

During a recent interview, the Coordinator for the Regional Tourism Centre, Ms. Blerina Sallaj, noted the immense impact that these two particular projects have had on the town’s regeneration.

The town library is now a focal point for youth, and a great resource for the wntire community. The Regional Tourism Centre has provided a noticeable cultural boost to the region, with numerous activities ranging from organized poem recitals to wedding ceremonies. She said “sustainable use of heritage assets for the needs of modern society has proven to be a very successful venture. It has uplifted community spirit by providing a well-thought-out meeting point, and residents are proudly using and maintaining it.”

In conclusion, it’s worth noting that these projects and initiatives serve as a strong foundation for sustainable redevelopment across the region. They help ensure that investments in adaptive reuse and restoration reflect planning based on a shared vision, with strong community engagement in the implementation.

For many years, neglect and lack of funding for heritage spaces has had negative social and economic impacts on the community. But these deteriorated assets are now seen as the ingredients of revitaliation, ratre than impediments to it. The kullas provide an excellent platform for investment, renovation and adaptive reuse. Their embedded cultural connections provide many opportunities for further exploration by various place-shaping agencies, helping to ensure that vital, memorable places are the result. 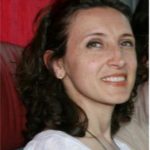 Lumnije Gashi-Shabani is founder and Executive Director of the Kosovo center for urban research PRO-Planning, a non–governmental organization, established in 2015 with the purpose of promoting and advancing spatial and urban development and housing in Kosovo. She is an architect graduated from Prishtina University and holds Master degree in Urban Management and Development by Erasmus University in Rotterdam.

Lumnije’s work experience of more than 15 years initially in private sector, Ministry of Environment and Spatial Planning, UN-Habitat and lately in civil society and as freelance consultant has ranged from architecture design, place making to the scale of strategic spatial/urban planning, research and policy making. During her work, she provided support to local and central level institutions in strategic municipal planning, legal framework and urban policy, assessment of the quality and implementation of planning instruments including capacity building for that. She’s author and co-author of numerous publications on Kosovo planning practices published by Ministry of Environment and Spatial planning, ISOCARP, UN-Habitat, USAID, PRO-Planning etc. 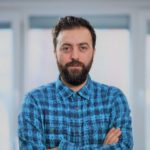 Dukagjin Bakija is a town planner trained and accredited from Bartlett School of Planning in London (UK) and more recently as a Research Fellow in Massachusetts Institute of Technology. He has built his experience in establishment off inclusive governance and improvement of community services across diverse development projects implemented in Kosovo, as well as in London (UK) and Boston (USA).

His professional expertise focuses on community based place-shaping initiatives and development planning document design at local and regional level. Dukagjin has a profound interest in contributing to projects that shape our built environment, developed for and with communities, and aimed to improve quality of life.