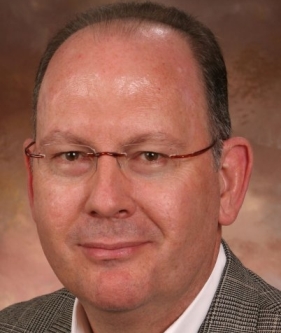 A guest article for REVITALIZATION by James Edwards. 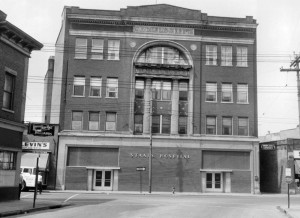 Charleston, West Virginia’s Staats Building, so named because it was the long-time location of the Staats Hospital, suffered a long decline and eventual vacancy and blight.

It has stood for years as a symbol of economic failure and disinvestment.

Now, a combination of private commitment and public support is bringing this historic landmark back into productive use and preserving it for future generations.

It’s also inspiring new hope and energy in the downtown.

This four-story building was designed in the Classical Revival style for the Knights of Pythias with the cornerstone laid on October 8, 1921. The new structure opened on June 26, 1922 at a cost of $150,000. The grand chancellor, O.J. Rife, of the Glendale Lodge No. 78, Knights of Pythias, and other lodge officers, officiated the dedication that evening. An open house to the public was held on July 1. It is approximately 40,000 square feet in area.

On its ground floor, the building housed the 635-seat Grand Theater, the first movie house in the neighborhood, an ice cream parlor and confectionery. The second floor was devoted to office space while the third and fourth floor was occupied by the Glendale Lodge No. 78, Knights of Pythias. The third floor housed the banquet room, kitchen, serving room, reading room, pool and billiard room, cigar counter and restrooms while the fourth floor was the large open lodge room.

The first floor later housed a department store and an A&P grocer. One of the Staats brothers, Dr. Harlan Staats, was a physician and a member of the Knights of Pythias, and converted the second and third levels into a 67-bed hospital. In 1941, the Glendale lodge No. 78, Knights of Pythias was relocated. 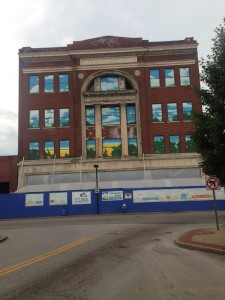 In 1982, the Staats Hospital closed when the Kanawha Valley Memorial Hospital moved to a new 170-bed facility nearby. The former hospital structure was reused as medical offices by St. Francis Hospital as St. Francis West Health Care.

The building steadily deteriorated and eventually had only one occupant on the first floor, Dr. Adla Adi, who went into bankruptcy in 2010. Adi had desired to demolish the building in the early 2000’s and received approval but that action was not taken. Vacancy accelerated the building’s decline.

In 2012, the Preservation Alliance of West Virginia listed the Staats Hospital as the state’s most endangered building due to deterioration of the roof and the stripping of metals and other materials from the interior. In 2013, plywood murals covering the windows on the front of the building were installed by West Side Main Street in order to bring attention to the building and stimulate interest.

In May 2014, father-and-son developers John and Tighe Bullock of Bullock Properties LLC began the process of acquiring the dilapidated building from American Pride Properties of Florida. American Pride, which focused on delinquent and defaulted real estate loans and liens, purchased the building at a tax auction four years prior. The Bullocks, who had restored two nearby buildings, approached the Charleston Urban Renewal Authority (CURA) to discuss how a public/private partnership could be structured to allow the restoration and reuse of this large, historic property that by this time was in very poor condition.

The public/private partnership that came from those talks included a 1% interest, $230,000 secured loan from CURA, with interest-only payments for five years. Those funds were used to purchase the building and begin the most basic improvements. Also included was CURA’s agreement to purchase a surface parking lot to the rear of the building to secure nearby parking. The lot is being leased to the developer at a very low cost and the developer has the option to purchase the lot at any time for the same price paid by CURA.

In late May of 2014, the Charleston Area Alliance (Charleston’s Chamber of Copmmerce) voted to guarantee a $155,000 loan from the First Bank of Charleston to Bullock towards the renovation of the Staats Hospital. The loan was secured by a second lien on the property. In addition, the Alliance also provided a $15,000 grant. The West Virginia Historic Preservation Office added an additional $78,000 matching grant for roof repairs and CURA provided a $20,000 matching grant for façade work. The Bullock family added $80,000 equity to the project.

The Bullocks formed Crawford Holdings as the purchasing entity and closed on the Staats Building on June 13., 2014.

The renovation project’s first phase includes the installation of a new roof and restoring the first floor for retail use or office space. Replacement windows will be next and there are ninety of them. The second phase will likely include the renovation of the upper levels into office or residential space with an event space on the top floor. 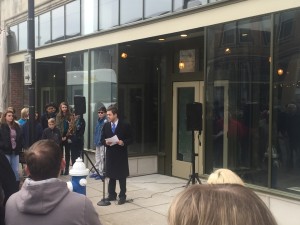 The first phase roof repairs involved the total replacement of all roof materials, insulation and the structural decking where needed. New gutters and downspouts which were custom fabricated on site.

Decades of waste that had collected in the building and asbestos containing materials were removed.

Most recently, a new storefront was installed, the design of which follows historic photographs of the original.

As with many preservation and redevelopment projects, the challenges facing this property were many and both internal and external. Not only was the building a challenge, the neighborhood had a history of decline and market weakness. Together, these challenges were too much for a private lender, requiring creative financing and approaches to make the project work.

First was ownership. An absentee owner who was only interested in the return on their purchase of delinquent taxes had to be convinced to sell the property at a reasonable price in order for the project to be feasible. The owner had no civic pride or peer pressure to stimulate action but, fortunately, the buyer negotiated a low purchase price.

The next challenge was of course the condition of the building. Years of neglect had taken its toll with a leaking roof, missing windows and a surprising amount of medical equipment, supplies and waste left behind. This was in addition to the asbestos containing materials so often a part of these projects. The developer formed a team of local workers who trained in materials abatement in order to reduce the cost of cleanup. This same team replaced the roof and the storefront.

This project has made clear once again that a team of both private and public partners is needed if such a difficult challenge is to be overcome. First and foremost, the private developer has taken on this investment and all of the risks associated with it. But, rather than borrow the millions of dollars required up front, the developer has chosen to approach the project methodically, making improvements incrementally and seeking tenants as space is made available. This greatly reduces the debt that must be carried in the early years when little income is generated to service that debt. Similarly, the developer has asked some tenants to pre-pay two or three year’s rent in order to fund their tenant improvements, further reducing the debt load.

Of course, the public and not-for-profit sectors have had to play a role in order for the developer to be willing to take on such a risk. Low cost financing, grants and promotional support are being provided, recognizing that this landmark property cannot be brought back by the private sector alone. It is the community’s responsibility as well. 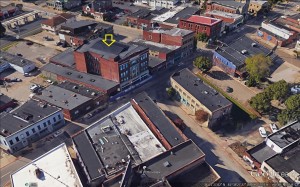 Now, with the former Staats Hospital Building making a very visible comeback, nearby properties are beginning to be purchased and renovated.

The statewide Tamarack Foundation for the Arts has agreed to locate its facility on the ground floor of the building and this is stimulating interest on the part of other art-related businesses to come to the area.

In recent months, several businesses have committed to relocate to this part of Charleston’s West Side, beginning a cluster of creative industries.

So, in one project that puts an historic property back to use, both a major impediment to the area’s rebirth and the largest contributor to that rebirth is now on its way to completion.

Watch 1-minute video revealing the interior of the Staats Building during renovation.