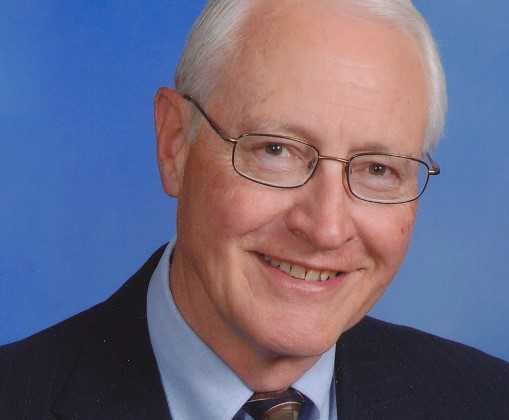 The City of Wheaton is located in the Chicago Metropolitan area and is the seat of government for DuPage County, Illinois. 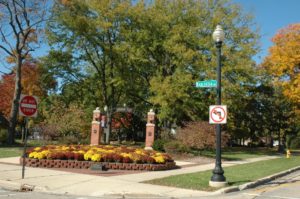 It lies approximately 25 miles west of Chicago’s loop and is connected to it by commuter rail service. It has a historic Central Area identified in Figure 1 with many handsome turn of the century brick commercial structures.

This article traces some of the significant changes which have occurred over the past 25 years and their impact on the revitalization of Wheaton’s downtown.

Historic downtowns in suburban communities have traditionally faced a variety of problems which have challenged their social and economic viability. Wheaton faced many of these in the 1980’s including: competition from shopping centers and malls; parking and circulation deficiencies; an active rail line that cut through its center; old structures suffering from deferred maintenance and interior space configurations poorly suited to many contemporary business needs. Lack of coordinated marketing and maintenance of sidewalks were also issues. 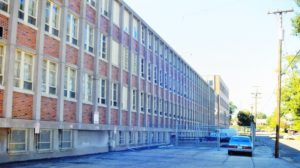 Wheaton experienced a positive turn-around since 1990. This can be credited to political leadership of elected officials and appointed commissions, competent professional staff, consultant expertise, quality developers, an active chamber of commerce and enlightened and pro-active citizens.

One key to revitalization has been the development of a variety of residential projects which have greatly increased the market for new restaurants, and the pedestrian activity and vibrancy of the central area. 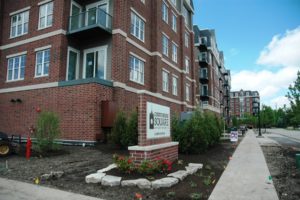 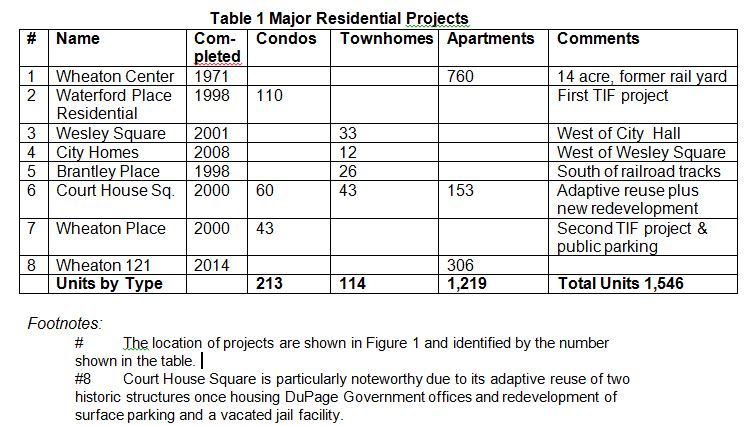 In response to the market potential of the new residents, a wide variety of restaurant operations have opened in the central area. There are currently 47 restaurants in the central area that specialize in fine dining, breakfast and lunch, sandwiches and ice cream, pizza and pasta, sushi, Mexican and Asian venues. 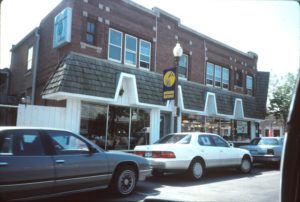 Several property owners have upgraded older structures while maintaining and respecting the historic architecture of the buildings. These include structures along Front Street with retail on the ground floor and offices above, and the Knippen Building on the southeast corner of Hale and Wesley. The building on the southwest corner of Hale and Wesley, across from the Knippen Building, is an example of architecturally compatible infill development. 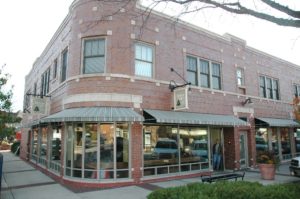 The commuter rail station was relocated one block to the west, permitting implementation of a new station and efficient loading areas for passengers arriving by bus, taxi, bicycle, foot, or, automobile. The City also replaced an old bridge, which passed over the railroad tracks just a few blocks west of the commuter station, with a new and esthetically enhanced bridge and an upgrade for the adjacent Prairie Path structure crossing of the tracks. This project greatly facilitated circulation between the areas north and south of the railroad tracks for vehicles, bicyclists and pedestrians. In addition, the Wheaton City Hall was remodeled and it is an attractive focal point of the view north along the newly developed frontage of Wheaton Avenue from Front Street.

The private development market has responded to the attraction of Wheaton’s Central Area. Major non-residential projects described in the text, with their location shown in Figure 1, are presented in the following table:

The City has utilized Tax Increment Financing (TIF) funding to replace a surface parking lot and a vacant municipal jail building with a 4 level parking structure with commercial development along one adjacent street and condominiums on two other street frontages. This project is identified as Waterford place.

Two major new developments have been completed south of the tracks. The first of these was the First Trust building at 120 East Liberty Drive, a 5 story building with 15,000 square feet of retail and 105,000 square feet of office space with more than 400 employees. It includes a 4 level parking structure with parking for 425 cars. The second was redevelopment of what was once Wheaton Central High School but was converted to a middle school which was replaced by a new school beyond the Central Area. 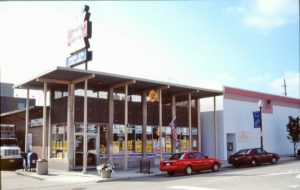 The site was reconfigured to accommodate a park and playing fields with reuse of the gymnasium of the old vacant school as part of a Park District development. The improvements also helped solve a long standing stormwater management problem. The main school structure was demolished to make way for a Mariano’s grocery and market. It is a 74,000 square foot facility employing more than 400 and producing significant retail sales tax revenues for the City as well as meeting the need for a centrally located food store. 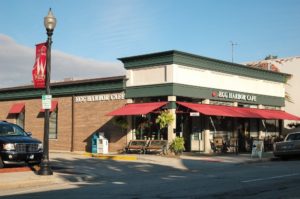 The City supported the establishment of a special service area to facilitate maintenance of sidewalks and backed the creation of a new Downtown Wheaton Association to help organize and coordinate activities in the Central Area and fill vacancies as they occur. The City also implemented park and streetscape improvements and other beautification efforts to enhance the pedestrian environment. These were in addition to streetscape improvements associated with the major redevelopment projects. The library underwent a significant addition and the County maintains a museum in an historic structure a block away between the library and the retail core.

These public uses, including City Hall, add to the attractiveness of the Central Area for all the residents of the community. They provide a stage for many activities that bring people together as a community including sidewalk sales, food fests, musical performances, antique car exhibitions and a farmer’s/French Market.

Many benefits of the development and redevelopment activities are intangible, but residents, employees, customers and property owners can attest to the enhancement of Wheaton’s Central Area which contribute to the pride, identity and enjoyment of the entire community. One number reflects the economic impact of these many efforts. It is the increase in Equalized Assed Valuation from $16,465,000 in 1990 to $51,327,240 in 2010.

No single program, person or project was a “silver bullet” that brought about improvements in the Central Area. Some of the principal reasons for the changes, in addition to building on the locational advantages, the commuter rail connection and the historical character of the City, are reflected in the following lessons: 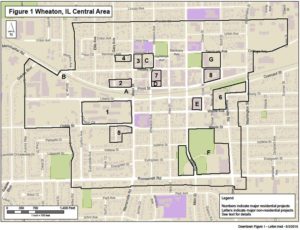 They are part of a free e-book, “Readings in Urban Planning and Design”, with 51 papers and over 200 illustrations. 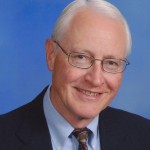 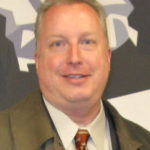 Director of Planning and Economic Development

Note: this oldie-but-goodie Guest Article originally appeared in the September 15, 2016 issue (#35) of REVITALIZATION.