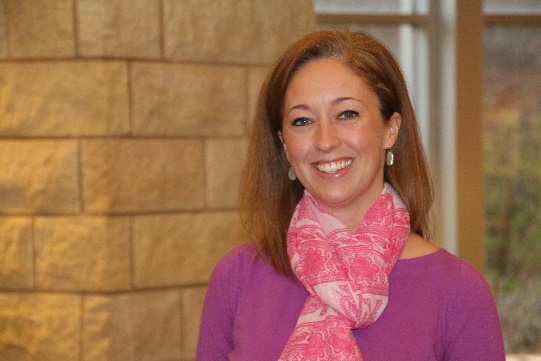 A Guest Article for REVITALIZATION by Kristin DeGrande.

In 2009, the City of Coon Rapids, Minnesota launched the Home for Generations program in an effort to show current and prospective homeowners how to remodel older style homes to meet the needs of today’s families. The program focused on innovative remodeling ideas that could be implemented with a modest budget. 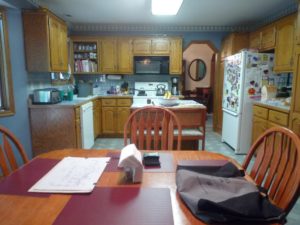 Before: the 1988 dated kitchen did not use wall space to its greatest potential.

Through the Home for Generations program, the City’s Housing and Redevelopment Authority purchased five vacant, foreclosed homes at a modest price, which allowed room for a healthy remodeling budget.

Each home was remodeled using innovative remodeling ideas and products by a local contractor and showcased to the community. Open house events were held before, during and after the work was completed at each home.

More than 8,000 people toured the five homes and gathered remodeling ideas for their own homes. Resources were available to the attendees including before and after photos of the remodeling. Price tags of each of the individual projects along with handouts and tip sheets were available for people to take home with them. 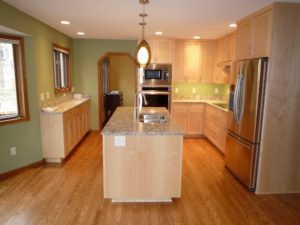 After: by moving the doorway and re-arranging existing space, the remodel created better use of space and more storage for the Sterling family.

Building upon the momentum and excitement created by the original program, Home for Generations II was created to encourage private, major investment to single-family homes, with a goal of updating and improving the city’s housing stock.

Through funding from both the Housing and Redevelopment Authority (HRA) and the Coon Rapids Mortgage Assistance Foundation, Phase II is structured to provide resources and financial incentives to homeowners who complete large value-added remodeling projects. 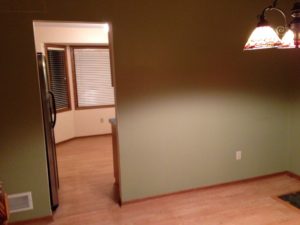 Before: a wall divided the kitchen and dining room in the Heikkila home.

Coon Rapids homeowners qualify for the program if their home was built at least 20 years ago, their project is valued at $35,000 or more and their scope of work includes at least one value added project such as kitchen, bathroom or basement remodels, room additions, adding new bathrooms or a covered front porch, or changing the interior layout of the home.

In turn, the City provides resources such as subsidized architectural consultations (which are required), rebates on building permit fees and up to $5,000 in grant money.

These incentives are meant to encourage Coon Rapids residents to make major improvements, with larger grants awarded to those who enhance curb appeal in their remodeling project. The Coon Rapids Mortgage Assistance Foundation also offers low interest loans to homeowners who use the program to help with financing. 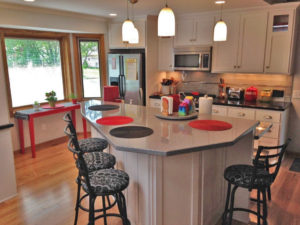 After: removing the wall allowed for an open-concept design, which helped add additional room for entertaining and storage.

The financial incentives provided through this program are meant to be a “catalyst” for homeowners; the spark that can help turn their remodeling dreams into reality.

The largest financial incentive is a grant of up to 10 percent of the project cost, not to exceed $5,000 if the project includes two or more eligible exterior upgrades (aimed at increasing curb appeal).

If the project does not meet exterior upgrade criteria, project participants are eligible for up to 5 percent of the project cost not to exceed $2,500. Other financial incentives include a 50 percent rebate of building permit fees upon completion of the project and subsidized architectural design consultations.

To date, $367,000 has been dedicated to the grant and rebate portion of the program funded by the Housing and Redevelopment Authority (HRA) and the Mortgage Assistance Foundation. 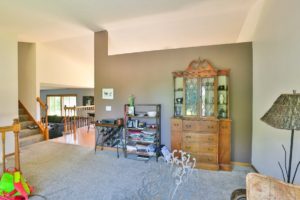 Before: the Rask family had a separate formal living room which they never used (a wall divided the living room from a smaller kitchen).

The Home for Generations II program is an effective and innovative way to address the city’s existing aging housing stock.

The program strives to encourage high-quality, highly aesthetic construction that increases the value of homes and neighborhoods. By doing so, Coon Rapids can retain residents and attract new residents, particularly young families.

The program guidelines were designed to allow for a wide variety of project types. There are no income limits to this program, making it accessible to all of the city’s homeowners.

To qualify for the program, the home must be at least 20 years old, the total project cost must exceed $35,000 and it must create additional living space or be considered a major remodel, such as kitchen and bathroom remodels, finishing an unfinished basement or building an addition.

The City encourages projects that create greater curb appeal, which not only increases the individual home value but also adds value and interest to help revitalize the entire neighborhood. 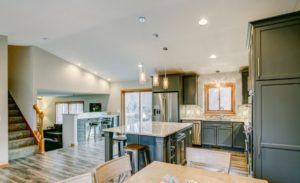 After: by taking down a wall dividing the space, the family was able to create an open-concept kitchen with more room for entertaining, eating and even create a breakfast nook/study space.

Since May 2013, 262 homeowners have submitted an application to the Home for Generations II program and 223 architectural consultations have been performed.

Of the 223 homeowners that have completed their architectural consultations, 94 have signed their participation agreement with the City, 83 of which have already completed construction.

The completed projects range in size from $35,000 to $200,000 worth of investment. A total of $367,000 worth of grant/rebate funds have been committed to these homeowners, leveraging a project total improvement value in excess of $6.4 million.

Each May, six homes are showcased in a home remodeling tour in an effort to educate other homeowners not only about the program and its incentives, but also to motivate them with recent remodeling projects. Nearly 2,000 visitors pass through the homes each year.

This event allows visitors to see the improvements in person, which is meant to help them conceptualize how they could make improvements to their own homes, or to a home they may consider buying in Coon Rapids.

The event also allows residents to talk face-to-face with architects, contractors, building inspectors, loan officers, city representatives and other homeowners to learn more about the program and the remodeling process, while also encouraging remodeling throughout the city.

The Future of Home for Generations 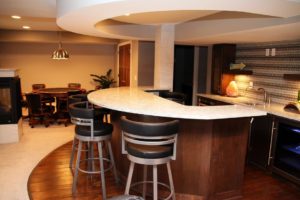 Finishing unfinished space is also allowed under the Home for Generations II program, so the DeForrest family created a new entertaining space in their basement.

The Home for Generations II Program is strong, already investing over $6.4 million in the city’s housing stock for just $367,000 worth of incentive dollars and $49,000 of architectural consultations. And the investment is far from over.

With several dozen more homes planned for improvements, the city’s housing stock will experience a huge influx in private investment. The City is very encouraged by the results this program has produced in under five years.

The Home for Generations II program could be implemented in other cities facing a similar dilemma with aging housing stock. If an HRA or other source can provide the necessary incentive dollars, any city could replicate the program and tailor it to their own unique community’s needs. 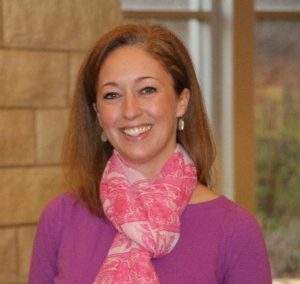 Kristin DeGrande is the Housing Programs Coordinator for the city of Coon Rapids, Minnesota. Kristin grew up in Wisconsin (yes – she’s a Packers fan), attended the University of Minnesota Twin Cities, and graduated from Iowa State University with a bachelor’s degree in Community and Regional Planning.

She has been pursuing her interest in housing-related work ever since, working at non-profit organizations and cities in the Minneapolis-St. Paul area for the past 20 years. With a specialized-focus on home improvement programs, Kristin has developed unique ways to promote investment in older communities and create targeted marketing strategies tailored specifically to residents.