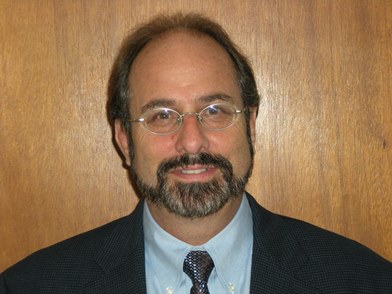 This Guest Article for REVITALIZATION is by Keith Patterson and Todd Waldorf.

The Indian River Lagoon system along the Atlantic coast of Florida is one of the most biodiverse ecosystems in the United States. The estuary is teeming with life, with more than 2,100 species of plants and 2,200 species of animals. 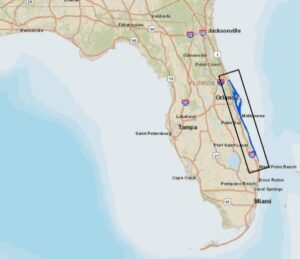 Nearly 1.6 million people live in the region, benefiting from an economy that derives billions of dollars annually from tourism, commercial fishing, boating, and recreational use of the lagoon.

The preservation of this vast natural resource is critical not only to the many species of flora and fauna that thrive there, but to Florida’s long-term economy as well. 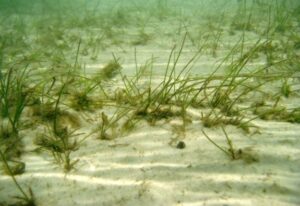 One of the most important barometers of the IRL’s health can be found in the quality and quantity of seagrass in the lagoon’s shallow waters. Seagrass is a flowering saltwater plant that forms underwater meadows, serving as a nursery for young fish and a habitat for many animals, including small invertebrates such as crabs and shrimp. Seagrass is also an important food source for manatees, sea turtles, and waterfowl.

Known as “the lungs of the sea,” seagrass adds oxygen to the water, enabling aquatic animals to breathe. Its leaves absorb nutrients and slow the flow of water, capturing sand, soil, and silt particles. The roots trap and store sediment, improving water quality and reducing erosion. Seagrass meadows also capture and store a large amount of “blue carbon,” or atmospheric carbon stored in the sea.

Florida’s seagrass meadows are under constant threat due to freshwater discharges from drainage canals and flood control structures; excess nitrogen and phosphorous from stormwater runoff laden with fertilizers; a growing number of invasive species; and disruption due to land development, farming, and recreational and commercial boating activity. In 2009, the IRL had approximately 80,000 acres of seagrass, but by 2017 the meadows had been reduced to 38,000 acres. 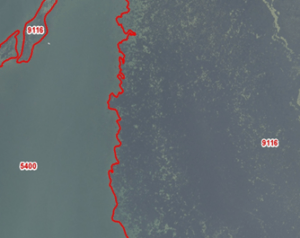 Our team at Dewberry was selected most recently by the St. Johns River Water Management District to map the IRL’s seagrass in 2021. We previously completed IRL mapping in 2011, 2013, 2015, 2017, and 2019 and have completed similar mapping and change analysis within similar estuaries throughout Florida. We have also provided benthic/seagrass habitat mapping expertise nationwide for the National Oceanic and Atmospheric Administration, the U.S. Fish and Wildlife Service, and other federal, state, and local agencies.

The maps created using aerial photography and fieldwork enable the water management district and other stakeholders to track the presence of seagrass, study the impacts of algae blooms, and develop strategies to restore the lagoon’s ecosystem.

The data also help determine acceptable Total Maximum Daily Loads (TMDL) within the system, in part a calculation of the maximum amount of phosphorus and nitrogen a water body can receive and still meet minimum water quality standards.

Our 2019 seagrass mapping effort began with the creation of a flight plan designed to collect time-sensitive, high-resolution aerial imagery that is optimal for the identification and mapping of seagrass. The typical platform for the collection of imagery consists of a single-engine aircraft fitted with a high-resolution digital aerial camera. Flight planning considers sun angles, weather patterns, seagrass biomass, season, turbidity patterns, and tides among other parameters. After we completed the flight plan and identification of potential imagery collection dates, we continuously monitored water clarity within the estuary prior to the mobilization of aircraft to ensure that water clarity was optimal during imagery collection.

After collection of the imagery, we completed quality control reviews to determine the suitability of the imagery for seagrass mapping. We inspected the visibility of submerged features, compared flight logs to previously planned sun angle windows and tides, and compared the new imagery to known seagrass locations. Re-flights were then conducted where necessary. Once all the imagery was accepted, aerotriangulation was accomplished to georeference the imagery to Earth. Inputs to the aerotriangulation included airborne GPS and inertial measurement unit (IMU) data captured during imagery collection, surveyed ground control points, and sensor calibration data. 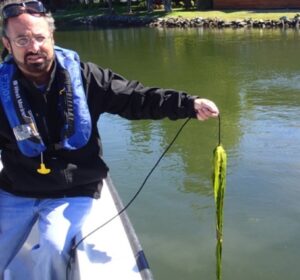 In order to ensure and report the final spatial accuracy of the imagery, we used surveyed, photo-identifiable check points. The surveyed check point coordinates were compared with the georeferenced imagery to verify that it was spatially accurate. Once spatial accuracy was accepted, both stereo imagery and orthophotography were produced and used for field work and mapping. The orthophotography was used primarily as a backdrop on laptops in the field and within ArcGIS during ancillary data comparison. The stereo imagery was used for photo interpretation and mapping within photogrammetric workstations.

We then conducted field work to facilitate accurate mapping. Our fieldwork included snorkeling and underwater video and was a very important step in the process. The purposes of the field work included imagery signature identification; linking imagery signatures (colors, tones, and textures) to seagrass occurrence in the field; ground truthing to resolve photo interpretation questions and facilitate quality control; and thematic accuracy assessment, which tests classification accuracy after the final mapping. We visited more than 200 field locations during the course of the project. Additional locations were visited by the client in order to assess the final accuracy of the mapping. We documented the field work at each site within an ArcGIS geodatabase so that it could be continually referenced during mapping.

We performed photo interpretation and change analysis using stereo photogrammetric workstations. We compared prior mapping to new imagery and edited the data to reflect seagrass changes. We continually reference ancillary data, including field data, bathymetry, historical aerial imagery, and satellite imagery during the mapping process. The image histograms are adjusted for maximum visualization during the photo interpretation process. The mapped data is stored within geodatabases, and we conduct regular field visits as needed to check habitat changes and the accuracy of the mapping. Our maps document seagrass beds that have been classified as continuous seagrass, patchy seagrass, and unvegetated bottom.

Our time-series mapping and change analysis has shown that the trends have not been favorable. We continue to document a decline in the extent of seagrass meadows within the study area. The perilous reduction of seagrass in the IRL indicates the need for continued monitoring and mapping, as well as safeguards to protect this important plant.

As a result, many agencies at the federal, state, and local level continue to be involved in monitoring this estuary and developing management and recovery plans.

These include evaluating no wake zones and recreational/commercial fishing activities, establishing Total Maximum Daily Load (TMDL) targets for various sections of the estuary, restoration and replanting of seagrass, implementing water quality improvement programs within the entire watershed surrounding the IRL, and public outreach regarding the importance of seagrass and how to protect it. 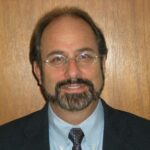 He serves as the project manager for the IRL seagrass mapping projects.

He has an extensive history monitoring seagrass volume in the IRL, and has completed the mapping and change analysis every two years since 1999.

Keith holds a geography degree from the University of South Florida. 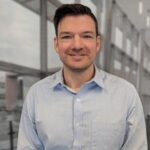 Todd Waldorf is a geospatial analyst in the Tampa, Florida office of Dewberry.

He served as the lead imagery analyst for the 2019 IRL seagrass mapping project.

Todd holds a master’s in environmental science and policy from the University of South Florida.