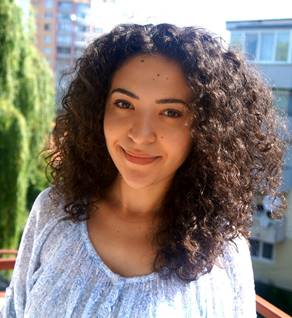 This Guest Article for REVITALIZATION was written by Alexandra Ciuntu.

For years now, redevelopment projects building upon existing structures have become increasingly popular. However, adaptive reuse is nothing new.

In fact, a recent RENTCafé study shows that, since the 1950s, there have been close to 2,000 old buildings repurposed for residential use, which brought almost 250,000 apartments on the United States market.

Photo courtesy of the Bradlee Danvers.

Among them, a former asylum in the town of Danvers, Massachusetts that now goes by the name Bradlee Danvers.

Adaptive reuse focuses on converting and repurposing older buildings. The number of such buildings turned residential has took off in the last decades, going from just 14 projects in the 1950s to 778 in the 2010s. 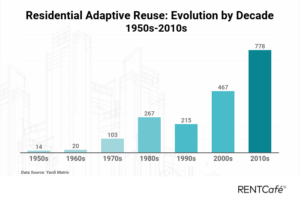 The study highlights that many of the converted apartment buildings are oriented toward middle- and lower-income renters, with a cool 65% of them on the affordable side.

The entire second half of the last century favored converting old hotels, motels, inns and everything in between to residential use, which resulted in 434 apartment buildings.

One historic example in Illinois is Chicago’s The Flamingo right by Lake Michigan, which was converted all the way back in the 1960s. 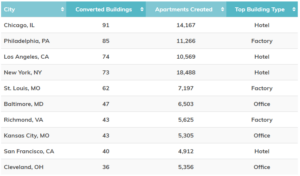 Notably, Chicago is also the city with the largest number of repurposed buildings turned residential: 91.

However, for the past 7 decades, factory buildings were the most popular to adapt to residential use, especially in the 2000s.

Factory conversions have created 442 new apartment buildings in the country, one of them being the sweet community of The Chocolate Works in Philadelphia, Pennsylvania. 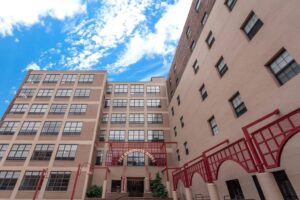 Photo courtesy of the Chocolate Works.

Built in 1902 and adapted in the 1980s, the former home to the Wilbur Chocolate Company is a piece of industrial history that now offers some of the best views of Old City.

Philly also happens to be the city with the second most adapted buildings in the country, 85, the majority of them resulting from factory conversions.

This century, each decade so far has had a preferred building type to turn residential. While factory-to-apartment conversions like the Mattress Factory Lofts in Atlanta, Georgia dominated the 2000s, the 2010s saw the residential potential in adapted office buildings, such as Baltimore, Maryland’s iconic Equitable Building.

Chicago and Philadelphia might have the highest number of converted buildings, but New York City takes pride in the most apartments created as a result of adapted reuse projects.

New York City, New York boasts almost 18,500 adapted units, some of them in historic buildings like The Archive, an 1899 warehouse in the West Village, or the 1868 art staple that is Westbeth Artists’ Housing.

More recently, 2017 had the highest number of conversions ever: 119 adapted buildings that brought almost 15,500 new apartments on the market.

Among them were historic structures built as far back as 1831, like the current Alumni Lofts, which used to be Cincinnati, Ohio’s former School for Creative and Performing Arts, or the Stove Factory Lofts in Leavenworth, Kansas.

Converting factories and office buildings is exciting due to the vast open space they offer. As for adapting hotels, it’s mostly convenient due to the easy switch in purpose. However, some redevelopment projects turned to adapting all types of buildings. 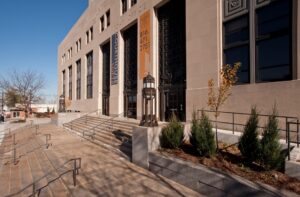 Converting banks, old dispensaries, stadiums, hospitals, libraries, churches, and even courthouses has resulted in some of the most interesting, stylish and livable apartment communities in the country. A perfect example is Courthouse Lofts in Kansas City, Missouri, originally built in 1938.

Converted into an apartment community in 2011, the property now offers 176 rental units in one of Kansas City’s most remarkable buildings.

Such adaptive reuse projects are scattered across the industrial and cultural hubs of the United States, as well as in areas of historic significance.

They are not only great examples of repurposed architecture, but also of conserving historic value and breathing new life into underutilized, often abandoned buildings.

With adaptive reuse on the rise for decades now, it’s exciting to see what the 2020s will bring in terms of residential conversions.

Unless otherwise credited, all images are courtesy of RENTCafé. 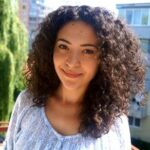 Alexandra Ciuntu is a creative writer and researcher for RENTCafé.

With a background in e-learning content writing and a passion for knowledge-sharing platforms, she has previously covered topics from prop-tech to renters insurance.