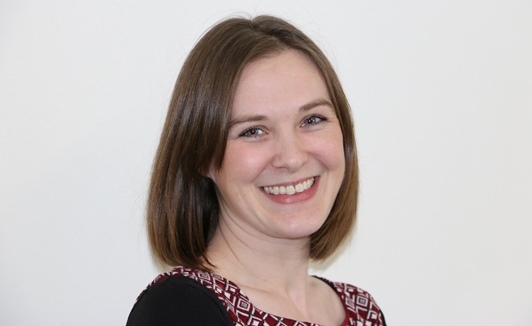 A Guest Article for REVITALIZATION by Jenny Line of World Habitat.

I hate the phrase ‘broken neighbourhoods’. I understand the nature of the observation. “Forgotten” communities left to decline, in need of help to mend themselves. A clear objective for those passionate about regeneration.

In discussing the ethics of regeneration, often the focus is “top-down”. We fret about the negative consequences of regeneration. Invest in a place, the value goes up. Rents go up. Prices go up. The very nature of the community is changed because of this. By changing the economic nature of a place we change its social nature too. By helping, sometimes we are not helping.

But what about “bottom-up” regeneration?

At World Habitat (through our awards) we frequently have the privilege of witnessing repair and renewal carried out with true ingenuity, leadership and strength by the very communities branded as “forgotten”, “broken”, “neglected”, “vulnerable”. We are wrong to make any assumptions about the potential and capacity of communities living in “broken neighbourhoods”.

You can find many inspiring examples of communities forging their own future among our winners and finalists. Here are just a few…

How the community rescued the historic centre of San Salvador 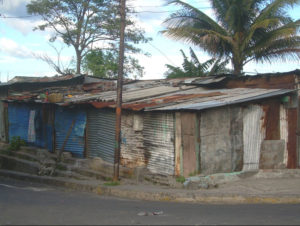 Many historic town and city centres in El Salvador have suffered years of neglect and a lack of investment.

Housing is often in disrepair and lacks basic services. Residents are at risk of eviction and poor health.

These cooperatives asserted their right to land and safe housing and built their own homes. 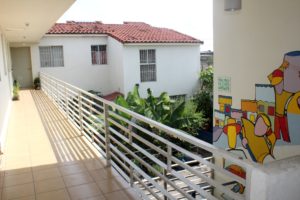 Run-down buildings have been replaced with new apartment blocks and quality public space.

Shared activities like urban agriculture have led to closer relationships within the community.

This fantastic regeneration was achieved through a programme of training, funding and collaboration. 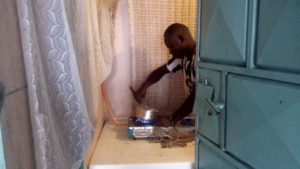 The Umande Trust is an organisation with a mission to improve access to water and sanitation services in partnership with urban communities in Kenya. 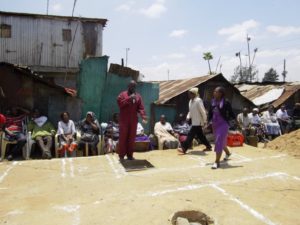 The centres generate bio-gas, which provides clean energy for cooking and lighting, and produce fertiliser as a by-product.

Bio-centres are all built with an additional floor. The use of this floor is chosen by the community and includes things like housing, offices, business spaces, community meeting rooms and betting shops.

Bio-centres are an ingenious approach to recycling waste which also generate an income for the communities they serve. 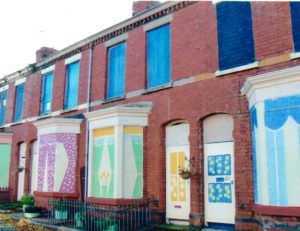 Residents of Granby 4 Streets made the case for saving their neighbourhood using art.Photo credit: Granby4Streets CLT

Granby is a small area of Liverpool, England. The main street that runs through the area (Granby Street) was, until the early 1970s, a busy high street with grocery shops, butchers, small scale manufacturing and even a cinema.

But during the 1970s, the area began to decline, affected by high levels of unemployment and increasing poverty.

Tensions spilled over in 1981 with a serious civil disturbance known as the Toxteth Riots. One person died, hundreds were injured, hundreds more were arrested, and many buildings were damaged or destroyed.

In the years following the riots, poverty and unemployment levels got worse. Shops went out of business and empty houses began to appear. Perceptions of the area became more negative.

Liverpool City Council acquired hundreds of houses in the area for demolition. Some areas were left as vacant demolition sites. The original houses were left standing in just four streets. But even here, most of the houses were bricked up and left vacant. 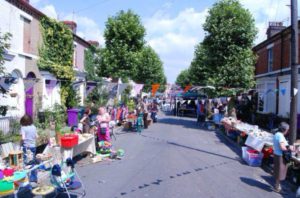 The Granby Four Streets community market attracts visitors from across the city and beyond. Photo credit: Granby4Streets CLT

The community that had been left behind took steps to fight for their neighbourhood, eventually forming a Community Land Trust (CLT).

A CLT is a locally-driven, locally-controlled and democratically accountable organisation, usually focused on affordable housing.

They made their presence known to those who seemed determined to forget them. They organised community painting and community gardening, painting murals and artwork on the bricked-up windows of empty houses and creating displays of flowers and vegetables planted in recycled containers along the length of the streets.

Over time the activities of Granby4Streets CLT have grown to include arts initiatives, a community workshop and community market. The group have won widespread support and attracted funding and partnerships which has enabled the restoration and regeneration of the neighbourhood.

Ten homes (so far) are being restored and will be owned and managed by the Community Land Trust. This has attracted investment from a number of other organisations now working to regenerate more homes across the neighbourhood. Learn more here.

What can we learn from these communities?

In a world where inequality is increasing and the challenge of being smarter with our resources is ever-present, there is something important to learn from the tenacity and resourcefulness of these communities.

In so many of the examples we see at World Habitat, it is not the community that is broken, but the system around them. If we remember this when faced with “broken neighbourhoods”, there is a huge untapped resource waiting out there for any regeneration professional. 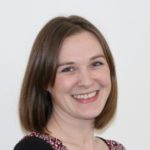 Jenny Line started her career specializing in housing market analysis in England. She later worked for a local Council, supporting the delivery and management of affordable and market housing for sale and rent, tackling empty homes and working on the challenge of housing for the elderly.

She joined World Habitat in 2013 as a Senior Researcher. From June 2014 to January 2017 she led their Community-Led Housing program, which increased visibility of and interest in the movement in England. During that time, she was involved in multiple initiatives to support and promote the growth of community-led housing.

She’s now focused on delivering and developing the World Habitat Awards and Transfer program, which finds, celebrates and shares examples from around the world of people making a real difference through interventions in housing.