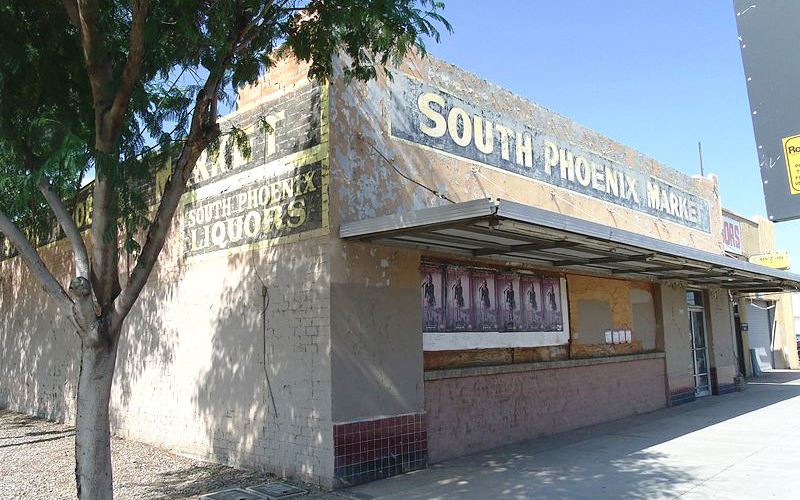 The Central City South area of Phoenix, Arizona is an area approximately 2 square miles. It sits southwest of Downtown Phoenix, bounded by the Pacific Railroad tracks on the north, the Maricopa Freeway (I-17) to the west and south and Central Avenue on the east.

The community is very diverse, and is part of the City of Phoenix Enterprise Community/Enterprise Zone. It comprises eight neighborhoods with nine neighborhood associations, and has historically been a low income, ethnic minority community

On December 22, 2017, Habitat for Humanity Central Arizona (Habitat) announced that it had recently received approval from the Phoenix City Council for a multi-year contract to create new affordable housing, and rehab existing homes, in the Central City South neighborhoods, often referred to as the Warehouse District.

The City of Phoenix will contribute 30 vacant lots for Habitat’s construction of 31 new homes in the coming four years.

“We will be building homes and revitalizing neighborhoods and parks in Matthew Henson Village, the Grant and Central Park neighborhoods, and other contiguous areas. This expands our opportunity to improve the areas within these boundaries and engage with residents of several different neighborhoods,” said Jason Barlow, President and CEO of Habitat.

Renovations will range from minor to major, including roofing, paint, landscaping, plumbing, and air conditioning. They will also include window replacement to boost energy efficiency, which will also make the homes more affordable for residents.

The Phoenix City Council also approved $100,000 to execute the contracts. Habitat doesn’t yet have land for a community center within this project, it’s investigating several Central City South neighborhoods for Neighborhood Revitalization projects that would engage residents, Habitat volunteers and both individual and corporate sponsors.

Barlow added, “We’re grateful for the land as well as the partnership with the City of Phoenix, which is going to enable Habitat to jumpstart project development early in 2018. When this project is completed, over the next four years, we expect to see more families owning safe, affordable homes in the area.” 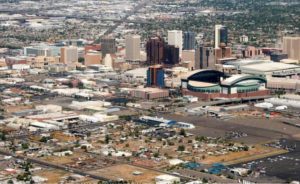 Linsie Kalland, Habitat director of grants, compliance and procurement said that the project is designed to help residents whose income is at or below 80 percent of the area’s median income. The homes will be sold to qualified applicants at affordable prices, with no interest on the loans (financed via Habitat).

Recipients qualify by paying for the property and contributing “sweat equity” by helping to renovate their own home (and those of others) through Habitat’s programs.

“By upgrading the living conditions of these hard-working people, we’re improving the lives of families, individuals and businesses who want their employees to have safe, secure housing,” said Maribel Saucedo, director of family services at Habitat. “Habitat sells the homes based on their appraised value, but the price is also based on what the owner-occupants can afford. Most homes come equipped with all the necessary appliances, including refrigerator, stove, microwave and disposal.”

Phoenix City Councilwoman Kate Gallego, whose district the project is located in said, “We’re pleased to partner with Habitat for Humanity Central Arizona to create quality housing for underserved populations. Their community engagement, programs, and broad support give us great confidence the results achieved under Habitat’s leadership will be exceptional.”

When Habitat begins their outreach in early 2018, it will start with owner-occupied homes that need repairs and upgrades. Habitat employees will canvas the community, going door-to-door to seek partnerships with residents who are seeking home improvements.

Central City South is part of the larger area known as Central City Village, which has an area of roughly 10 square miles. This includes not only Downtown, but the close vicinity and the Sky Harbor Airport area directly east.

Because of its location at the historic center of Phoenix, there are many old homes and buildings located in the Central City Village that convey the history of Phoenix. Downtown, which includes the larger commercial and government buildings, as well as sports venues such as Talking Stick Resort Arena and Chase Field, is the core of the village, and of the city of Phoenix.

As a result, Center City village is rather unique, in that it has a far more urban environment than the massive suburban sprawl for which Phoenix is most known around the nation.

Featured 2014 photo by “Tony the Marine” (via Wikimedia) shows the South Phoenix Market, which was built in 1948, and is recognized as historic by the Asian American Historic Property Survey of Phoenix.