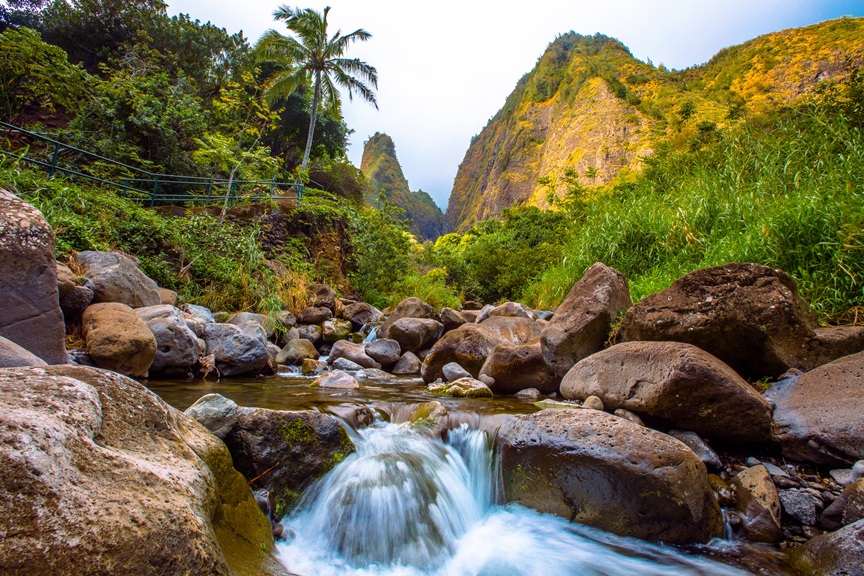 On June 20, 2018, the Hawai’i Commission on Water Resource Management issued its East Maui interim instream flow standards decision. The decision orders the full restoration of flows to 10 Maui streams. It also ordered that no—only limited—diversions be allowed for seven other streams for the purpose of ecologically restoring wildlife habitats.

The Commission issued this statement from the decision’s executive summary:

The benefits of the long-term stewardship of the East Maui forests provide enough water to allow the Commission to meet its primary trust responsibilities:

In meeting our primary trust responsibilities, we have weighed the economic and social benefits of offstream uses. In addition to ground water, excess flows, and water efficiencies, our best estimate is that we have provided for about 90% of the reasonable irrigation needs for 23,000 acres of Important Agricultural Lands (IAL). 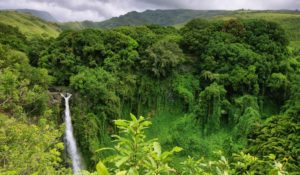 The East Maui watershed encompasses over 60,000 acres of predominately native forests, extending to 8,000 feet in elevation on the slopes of Haleakalā. It was one of the first forest reserves established in Hawaiʻi over 100 years ago. Annual rainfall exceeds over 300 inches a year in the eastern portion of the watershed.

There are also varied geologic and hydrologic features in the watershed which impact the flows of the 27 streams in this contested case. 22 of these streams have been diverted for offstream uses.

Our goal was a decision that could be realistically implemented, measured, and assessed on the ground as well as communicated and understood by stakeholders. It was purposefully designed to increase the practical knowledge of stream flows and native habitat restoration. We believe the allocations to be reasonable accommodations to current conditions, yet we are committed to on-going monitoring in order to identify the need for adaptations to changing circumstances.

Our decision establishes a quantity of water that must remain in each stream. It does not allocate any additional water that can potentially be diverted offstream to support other activities as that is under the purview of the Board of Land and Natural Resources (BLNR).

The East Maui ditch system was constructed in phases, beginning in the 1870s and extending to the completion of the current system in 1923. It remains a valuable asset that delivers offstream public trust benefits such as drinking water, as well as irrigation water for reasonable and beneficial uses.

Hawaiʻiʻs Water Code recognizes kalo and other traditional agriculture as an instream use. The Commission’s decision will return free flowing water, with no upstream diversions, to all streams which have historically supported significant kalo cultivation (Honopu, Huelo, Hanehoi, Pi‘ina‘au, Palauhulu, Ohia (Waianui), Waiokamilo, Kualani, Wailuanui, Makapipi). The majority of these streams have been diverted for over 100 years.

Hawaii’s streams are home to a unique variety of native fish, shrimp, mollusks and insects, most found nowhere else in the world. The Commission’s decision identifies the following habitat streams (Honomanū, Waikamoi, East Wailuaiki, Kopiliula, Punalau/Kōlea, Waiohue, West Wailuaiki) that will have limited or no water diversions in order to foster improved habitat for native fish and other stream animals. The two exceptions are Waiohue and West Wailuaiki streams which are to remain un-diverted (total flow included) as habitat reference streams and important estuaries.

Public use streams were specifically identified for offstream uses that align with the Commission’s public trust responsibilities. The Commission’s decision has retained the potential of continued use of a portion of Waikamoi, Puohokamoa, Ha‘ipua‘ena, and Honomanū streams and the specific diversions that provide offstream water to the Upper and Lower Kula Pipelines.

We believe it to be reasonable and beneficial to use a portion of East Maui stream water for the development of diversified agriculture on Maui’s central plains. We are also concerned that leaving these lands in an un-cultivated state will increase wind-blown erosion that will damage Maui’s near shore marine environment, air quality and tourism competitiveness. The Commission’s intent in this decision is to ensure that a sufficient amount of offstream water is available to support the cultivation of diversified agricultural crops on the lands designated as Important Agricultural Land in central Maui.”