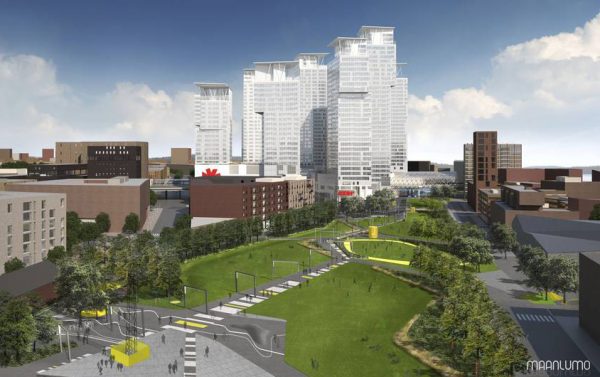 In Helsinki, Finland, a new mixed-use district is being built on an old commercial wharf area with the primary goal improving the quality of life for local residents. 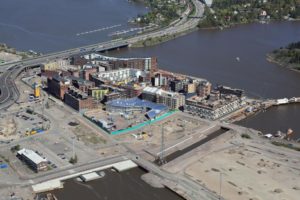 Kalasatama is a former harbour and industrial area of approximately 175 hectares of waterfront on the eastern side of the city centre owned by the City of Helsinki. The harbour was moved to make room for the construction of residential and office buildings. 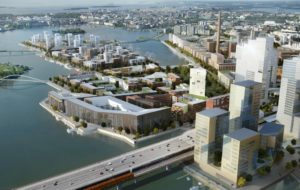 The first services are in place including two daycare centres and the school. Redi shopping centre located in the heart of the area will house most of the area’s commercial services. Redi, the centre of Kalasatama, will consist of eight 20–37-story towers.

Like many cities around the world, Helsinkia was severed by a badly-planned urban highway. In this case, it’s the  Itäväylä Highway in the Redi area.

Also like many cities, they are fixing the problem by building a cap over the highway.  Like Philadelphia did with Interstate 95, they are using the new real estate on this deck for a public park.

The center will include housing for more than 2,000 residents as well as shops, restaurants and offices. The shopping center opens in 2018 and the first apartment tower will be finished in 2019. 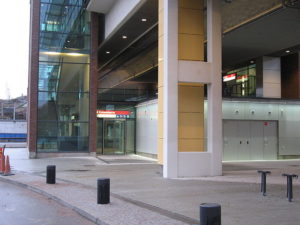 Knowing the importance of inspiring confidence in the future of the district, in order to attract private invesment, city officials built the Kalasatama metro station first, opening it back in 2007. This was their way of saying “we’re serious about revitalizing this area“.

When Smart Kalasatama finishes its work in 2030, the reborn district will house 20,000 people and provide 8,000 jobs while pioneering the use of many new technologies to help advance more such projects elsewhere.