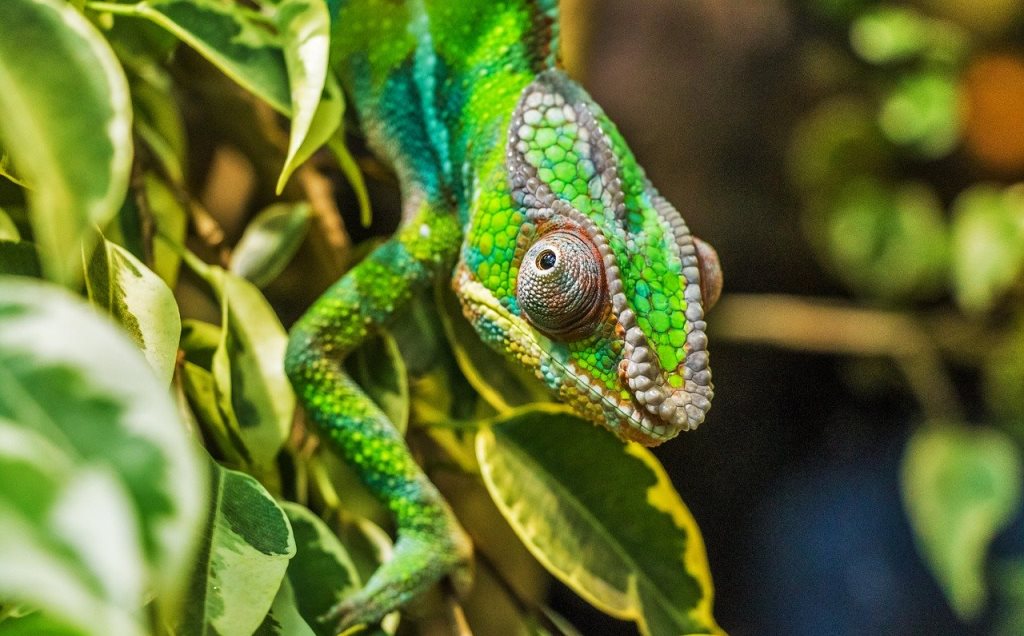 The combination of climate change, deforestation, pollution, overfishing, and more have produced a biodiversity crisis. On a bad day, 200 species go extinct. If we project current rates, by century’s end, 50 percent of all large mammals and marine life will disappear. And by 2050, 90 percent of coral reefs—which are home to 25 percent of the world’s biodiversity—could be gone.

But all is not lost yet, as some of today’s best minds work tirelessly to halt and (in some cases) reverse these trends. This blog highlights five key developments helping turn the tide.

On land, forests are biodiversity hotspots, which is also why deforestation is one the largest drivers of extinction. And the scale of destruction is vast. Every year, we lose 18.7 million acres of forest, or a swath as big as Panama. Since trees are a major carbon sink, deforestation also accounts for 15 percent of total annual greenhouse gas emissions.

Enter BioCarbon Engineering, a British company founded by ex-NASA employees that has developed AI-guided tree-planting drones. These drones first map an area to identify prime planting locations, then fire seed pods tucked inside of biodegradable missiles into the ground. The pods contain a custom-designed gelatinous growth medium that acts as a shock absorber to cushion impact, then a nutrient-dispenser to speed plant growth.

A single pilot can fly 6 drones at once, planting a staggering 100,000 trees a day. A global army of 10,000 drones, which is what BioCarbon intends to build, could replant a billion trees a year.

Coral reefs are the forests of the ocean, so if we want to restore ocean health, we have to fix our reefs. There are around a half-dozen coral-regrowth technologies under development, but Dr. David Vaughan, a marine biologist with the Mote Tropical Research Laboratory, is pioneering some of the most exciting work.

Borrowing tissue engineering techniques, Vaughan has figured out how to regrow 100 years’ worth of coral in under 2 years.

And while normal coral will only spawn once it reaches maturity—something that can take 25 to 100 years—Vaughan’s corals reproduce at age 2, giving us, for the first time, a way to radically replenish our reefs.

Fishing is one of the severe drivers of ocean wildlife decline. Right now, one-third of all global fisheries are stretched beyond their limits. Better fishery management is critical—but why manage when you can grow?

The same tissue engineering techniques that allow us to produce steak from stem cells also allow us to grow mahi-mahi, bluefin tuna, etc.

In fact, there are now six different companies pursuing exactly this goal, producing everything from cultured salmon to lab-grown shrimp, now heading for our menus.

Plants and animals need room to roam—enormous stretches of pristine, uninterrupted habitat, both terrestrial and aquatic.

Right now, 15 percent of the Earth’s surface consists of protected wildlands. To stave off what’s now known as “the Sixth Great Extinction,” Harvard’s E.O. Wilson and other experts believe that half the planet might be required. Which raises a critical question: Where do we find that land?

In a nutshell, by coupling reforestation and restoration with the reinvention of agriculture. Roughly 37 percent of the globe’s landmass and 75 percent of its freshwater resources are devoted to farming: 11 percent for crops, the rest for beef and dairy.

However, these totals are shrinking. Not only are farmers abandoning their land in record numbers, but all of the new farming innovations—cultured beef, vertical farming, genetically engineered crops, etc.—allow us to harvest much more from far less. So, simple idea, let’s give this extra land back to nature.

Another top-five threat we now face is pollution. A 2017 study conducted by the medical journal The Lancet estimated that pollution kills 9 million people a year, further costing us almost US$5 trillion.

And the impact might be worse on nature. Obviously, greenhouse gas pollution is the biggest danger, but chemicals in our rivers, plastics in our ocean, and particulates in our air are choking the life out of our planet. So what can be done?

Shifting from a petroleum-based economy to one powered by renewables will help, but more is needed. Arguably the biggest bat is zero-to-zero manufacturing.

This process allows companies to completely remove waste rather than managing it via landfill. The list of companies now going this route is growing: Toyota, Google, Microsoft, Procter & Gamble, and more.

Not only is this good for the environment, it’s good for the bottom line. GM recently reported they’ve saved $1 billion over the past few years with their 152 zero-waste facilities.

The solutions highlighted above (and in last week’s blog on water abundance) all solve multiple problems at once. But we must be all in and right now.

Stanford researchers give us three generations to halt species die-off before ecosystem services shut down in earnest. Meanwhile, the Intergovernmental Panel on Climate Change estimates we have 12 years to halt global warming at 1.5 degrees.

Yet we already have the technology required to meet these challenges, and thanks to convergences, it will only continue to improve. Our innovations may have caught up with our problems. Now all we need is the willpower and collective action.

If we’re going to make the shift to sustainable at the speed required, then we the people are both the obstacle and the opportunity.

Photo of chameleon by Robert Balog from Pixabay.

This article is an excerpt from The Future Is Faster Than You Think, by Peter H. Diamandis, MD, published January 28, 2020. It originally appeared on Singularity University’s Singularity Hub website. Reprinted here by permission.