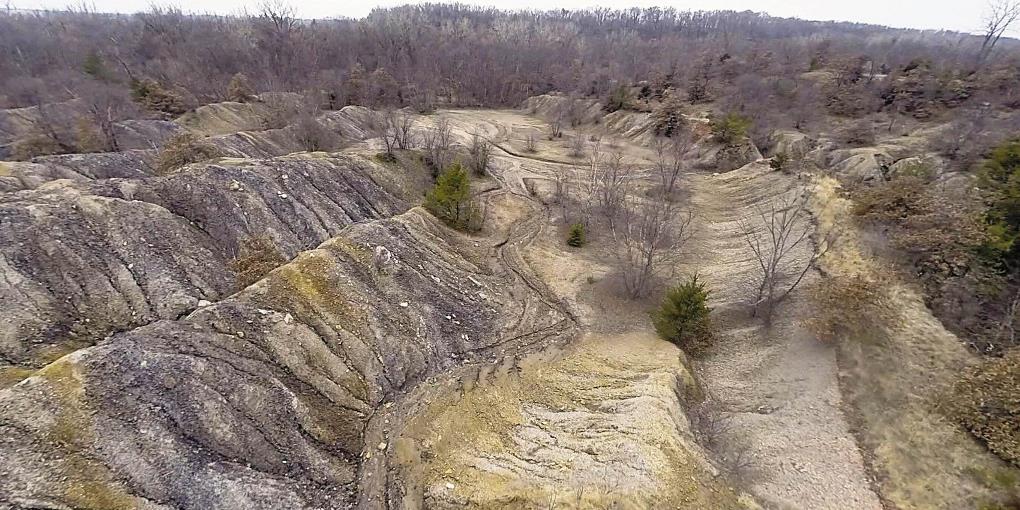 This year’s winning projects are meant to recognize the best Abandoned Mine Land (AML) reclamation project in the U.S. They focus on those projects that advance the practice by demonstrating innovative reclamation techniques and completing reclamation that resulted in outstanding on-the-ground performance.

State and tribal reclamation officials and OSMRE managers voted on this year’s awards. Winners are being recognized in five categories: 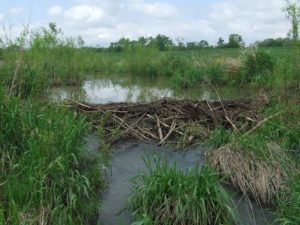 Beaver dam at the restored Logan site.Photo courtesy of OSMRE.

Prior to reclamation, the site’s barren, eroded spoil piles and pits were concealed by invasive shrubs, stunted trees, and a small plot of pines.

The site was seeded with plants that attract pollinators, in particular monarch butterflies. The effort is already showing results.

The vegetation is attracting local wildlife, including a goose nest and a beaver dam. (The photo at the top of the page shows the site prior to restoration.)

Regional Awards – Honors the best projects in each of OSMRE’s three regions.

The Joan Bernat Slide High Priority Abandoned Mine Land Reclamation Project was completed at the historic coal camp town of Hardburly, near Hazard, Kentucky. In May 2016, local residents reported that a slide had occurred on a hillside above multiple residences and feared that further movement would threaten their homes. Hazard KDAML Emergency Branch personnel hastily worked to reroute the drainage above the slide, controlling drainage and silt from the slide, and improving drainage structures near the homes. The actions of the state and partners brought peace of mind to the residents of Hardburly.

The Snow Hill Abandoned Mine Land project addressed public safety concerns and environmental damage caused by two large, coarse, coal refuse piles, with a total area of 40 acres on each side of North Coal Creek in Vigo County, Indiana. Acid mine drainage and eroding coal refuse from the two refuse piles clogged the North Coal Creek channel and substantially degraded its water quality. The Division of Reclamation took actions to make the area safe for the community by installing drainage structures, establishing a wetland, and regrading the coal refuse embankments.

Coal mined in the first half of the 20th century by various companies created 3.5 miles of large open pits along the south side of Healy Creek. The highwall extended for 1,600 feet in length and stood as high as 265 feet. The reclamation project eliminated the dangerous high wall, improved safety, conserved and improved water quality, enhanced wildlife habitat, and augmented recreation opportunities.

Small Project Award – Recognizes a project that cost less than $1 million and is in a state that receives less than $6 million in AML funds.

The historic Mid-Lothian Mines abandoned mine land features the remains of the first documented mining in Virginia’s Richmond Coalfields. Unfortunately, the features were in serious disrepair and disintegration. Open shafts, subsidence areas and falling structures were huge safety hazards to the surrounding residential areas. After the landowner donated the land to Chester County, the state was able to close two vertical openings, stabilize and close two hazardous equipment and facilities structures, close one subsidence area, and stabilize two pits and three slumps. Today, the Mid-Lothian Historical Mines Park comprises the 42-acre reclamation site and is the most visited park in the county.