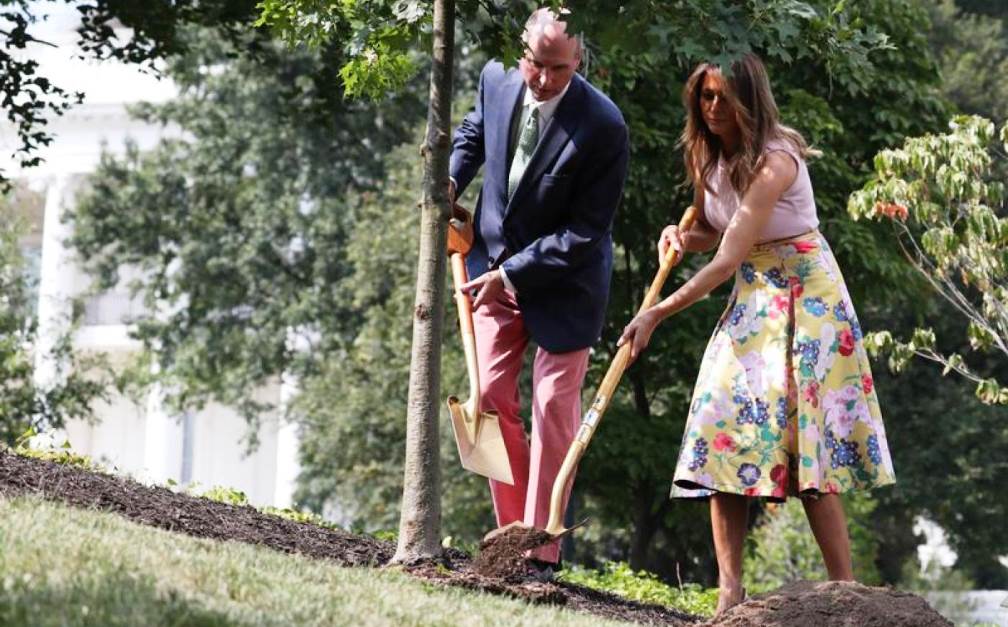 The world’s business and government leaders may have found a way to fight climate change without having to call global warming by its name or agree on what is causing it.

This week, the World Economic Forum (WEF)—which dedicated its 2020 gathering in Davos, Switzerland, to climate change and sustainability—launched the 1t.org platform to drive the planting of one trillion trees worldwide.

Backers of the new WEF initiative include a host of public figures, from UN Environment Programme head Inger Andersen to U.S. President Donald Trump, a long-time climate change skeptic. On January 28, 2020 at the WEF meeting, Trump signed the United States up to the trillion tree-planting initiative.

Trump has rolled back regulations to curb air and water pollution and started pulling his country out of the 2015 Paris climate accord. In the past, the Republican politician also has referred to climate change as a hoax – a claim he refuted this month.

Scientists have long pushed reforestation as a win-win method to limit climate change.

But other researchers said it overestimated the potential of tree planting, flagging issues with the study’s maps and data and urging greater efforts to cut emissions by other means.

“Who’s against the trees? Everyone’s for the trees,” said Marc Benioff, CEO of cloud-based software company Salesforce, which has pledged to plant 100 million trees. “Trees are a bipartisan issue. I haven’t met any anti-tree people yet,” he told the 1t.org launch.

“We’re committed to conserving the majesty of God’s creation and the natural beauty of our world,” Trump said in a keynote address that avoided any direct reference to climate change.

Benioff said the U.S. government was researching how it could contribute, and the country was expected to plant 50 billion to 100 billion trees under the 1t.org project.

Indian yogi Sadhguru, who has led a campaign to promote agroforestry in southern India, said the best strategy was to persuade farmers to plant trees on their land to protect crops and to harvest for timber, raising the value of their plots and dissuading them from migrating to cities. 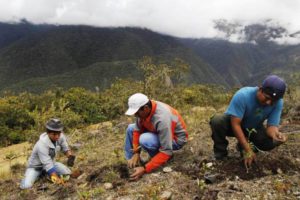 In most countries, public majorities view climate change as a major risk, according to studies by the Pew Research Center.

But in the United States, only about 60% of people see climate change as a serious threat, compared with 90% in Greece.

Conservation experts said planting trees opens a window for politicians of all ideological stripes to act on global warming.

“Most people like trees,” said Charlotte Streck, director of think-tank Climate Focus, citing the benefits trees bring to the surrounding air and ecosystems. “The fact that they are also a climate solution doesn’t have to be acknowledged – and you don’t risk losing any climate skeptics that support you,” she added.

Teenage climate activist Greta Thunberg, who also spoke at the Davos gathering, argued planting trees would have limited impact if the world continued to burn carbon-emitting fossil fuels and cut down forests.

“We are not telling you to offset your emissions by just paying someone else to plant trees in places like Africa while at the same time forests like the Amazon are being slaughtered at an infinitely higher rate,” she said.

The tropics lost 12 million hectares (30 million acres) of tree cover in 2018, much due to fires, land-clearing for farming and mining, according to monitoring service Global Forest Watch.

Meanwhile, a surge in fires in the Amazon and Australia in recent months has sparked international outrage and protests.

Some experts said planting new trees could not compensate for the loss of older forests.

“It would be myopic to think about a dense forest like the Amazon and a new forest being planted tomorrow, and say they are the same,” said Gaurav Madan, a senior forests campaigner at green group Friends of the Earth.

The 1t.org platform aims to connect existing reforestation projects, including the Bonn Challenge, “Trillion Trees” collaboration and the UN Decade on Ecosystem Restoration 2021-2030, and spur politicians and businesses to unite efforts.

Many countries have already made commitments under the Bonn Challenge, which calls for 350 million hectares of degraded land to be restored by 2030.

Climate experts praised the WEF’s new initiative for partnering with corporations, which are not included in the Bonn Challenge, but some questioned whether promises would be met.

“I have a general fatigue of pledges because I have been in this business for too long,” said Streck. “If all of these pledges had been realized, we would have much less problems on this planet.”

This article by Matthew Lavietes (edited by Megan Rowling) first appeared on the website of the Thomson Reuters Foundation, the charitable arm of Thomson Reuters. Reprinted here (with minor edits) by permission.