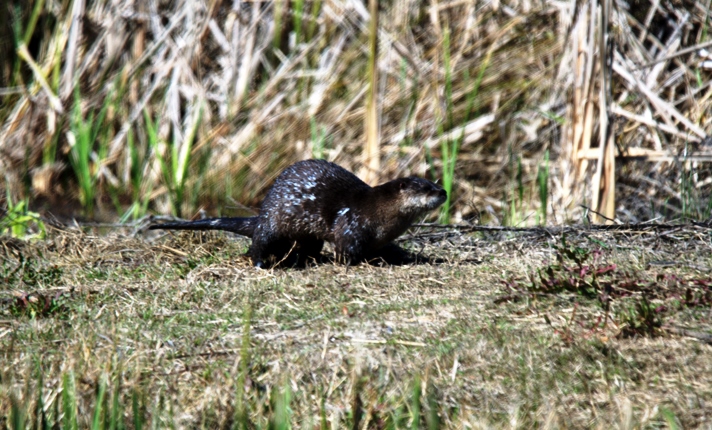 This is a continuation of the CITGO Caring for Our Coast program, which has supported preservation of the Southwest Louisiana coastline since 2014.

Coastal Program Director for The Nature Conservancy Seth Blitch said the involvement of CITGO is important to The Nature Conservancy’s coastal projects. He described the company as a true steward of the community by showing dedication to the preservation of natural resources through volunteerism.

TeamCITGO volunteers and Sulphur High School fishing team members worked to dig up plugs of native grass from a levee and replant them in a flat area adjacent to the levee. The replanted grass aids in stabilization of the soil, prevents erosion, and provides food and habitat for a number of animals that live on, and pass through, the Refuge.

“We are proud to partner with CITGO at the refuge in the completion of the project of re-locating native grass which will benefit wildlife in the area. The Refuge folks were surprised at the amount of work that was accomplished in such a short amount of time, due to the help of TeamCITGO,” said Blitch.

CITGO Vice President and General Manager Jerry Dunn said CITGO takes pride in being a part of making a difference in preserving and restoring Louisiana’s environment. “Louisiana’s environment and wildlife are vital to our state and to our industry. Through volunteer events like this one, together, we are making a difference in protecting our resources, restoring natural habitats and caring for Calcasieu and Cameron Parishes,” Dunn said.

CITGO Caring for Our Coast initiative is a series of projects and programs focused on Louisiana coastal conservation and restoration in remembrance of hurricanes Katrina and Rita. The program also incorporates environmental projects in Texas and Illinois, where CITGO also has operations.