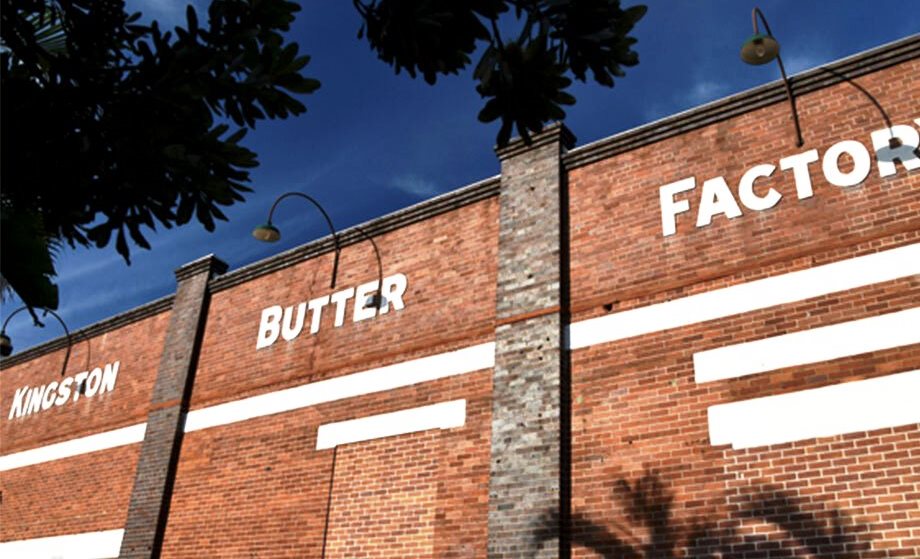 In Kingston, Queensland, Australia, the historic Kingston Butter Factory—built in 1907—has begun its transformation into a world-class performing arts and cultural precinct, set to host major performances, festivals, markets and regular community events.

The building on the 14 hectare site will retain its exterior brickwork during this process of being repurposed and renewed. Outside, the city’s largest purpose-built outdoor events space will have capacity for up to 5000 people. It will attract national and international acts and host major festivals, markets and community events. 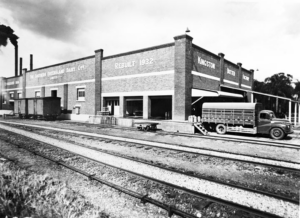 Dairying was one of the major industries in Logan in the early 1900s. The original butter factory was a timber structure built in 1907. It was reclad in brick and modernized in 1932. By the 1930s, the factory was producing 40–50 tons of butter each week.

The dairy company Peters took over the factory in 1958. During the 1950s, the factory also produced milk, cottage cheese and baker’s cheese. The factory closed in 1983.

Logan City Council then took over the factory. In 1988 the factory became a community centre as a Bicentennial project. It was home to the Logan Historical Museum and Kingston Butter Factory Arts and Craft Co-op, both of which have been temporarily relocated during this renovation project.

Member for Waterford Shannon Fentiman said the project would be a game-changer for local artists and entertainment in Logan. “It’s been a tough year for Queenslanders so it’s fantastic that the Logan community can have a 14-hectare precinct to connect, be entertained and inspired,” she said.

“This will be a world-class rehearsal and performance facility that’s likely to attract national and international acts as it becomes a performing arts hub for Logan. I’m excited to announce that the historic Workers Cottage is being restored, which will be great for community events,” she added. “The precinct will also feature a living museum to celebrate the rich cultural diversity of Logan, a community that I’m so proud to be apart of.”

In officially getting the works underway, Minister for Local Government Stirling Hinchliffe applauded the Logan City Council’s initiative to redevelop the site. 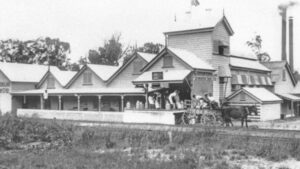 “While the Kingston Butter Factory Cultural Precinct will be a wonderful place of entertainment, the redevelopment will also have an enormous impact on families through employment opportunities,” Hinchliffe said.

“I’m proud that this project has received $6.57 million from the Queensland Government’s COVID Works for Queensland program, particularly given Logan City Council estimates it will support or create more than 150 jobs. That’s a fantastic outcome for both the economy and residents,” he continued. “Across the state, 520 projects are being funded through this program with more than 4,600 jobs being created or supported, helping Queensland unite and recover from the effects of the pandemic.”

Joining Fentiman and Hinchliffe, Mayor Darren Power thanked the Queensland Government for its support. “Infrastructure and jobs are critical for the community and our city in these challenging times,” Power said.

“This is a great example of state and local government working together to deliver important social infrastructure for the community while creating jobs. When complete it will be a space the whole community can enjoy, where they can access world-class arts, culture, festivals and events while bringing massive economic benefits to Logan,” he concluded.