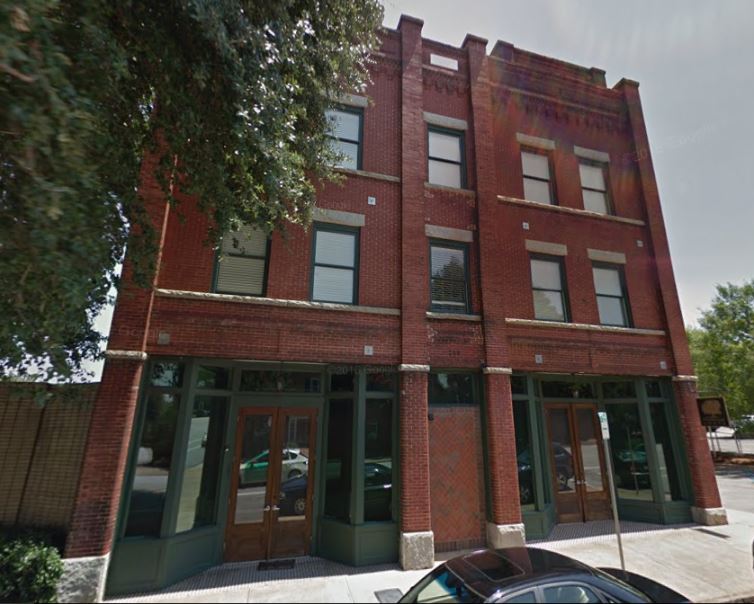 Built in 1909 by a prominent South Carolina pharmacist, the present-day Magnolia Lofts building was originally one of many commercial hotels and boarding houses that lined bustling Magnolia Street.

In 2012, developers Greg Atkins, John Bauknight, Nick Wildrick, and Andrew Babb launched a $3 million, year-long renovation project to convert it into 27 studio and one-bedroom apartments. Magnolia Lofts opened in the spring of 2013.

The developers liked the way the original building looked, and wanted to use as much of the structure as possible. “We could have torn it down and built something bigger on the property, but the integrity of the building was great and it had good bones,” Bauknight said. “It’s such a great-looking building and central to what we’re trying to do downtown.”

And so far, it has exceeded the developers’ expectations, he said.

“The building has a lot of history in Spartanburg and it’s great to see it be repurposed like this,” said Cal Wicker, a Spartanburg native who loved into Magnolia Lofts in January of 2016. “It’s an exciting time to be in downtown Spartanburg with all that’s going on. The area around Magnolia Lofts is certainly a focal point and I’m sure it will take off just like the rest of downtown has.”