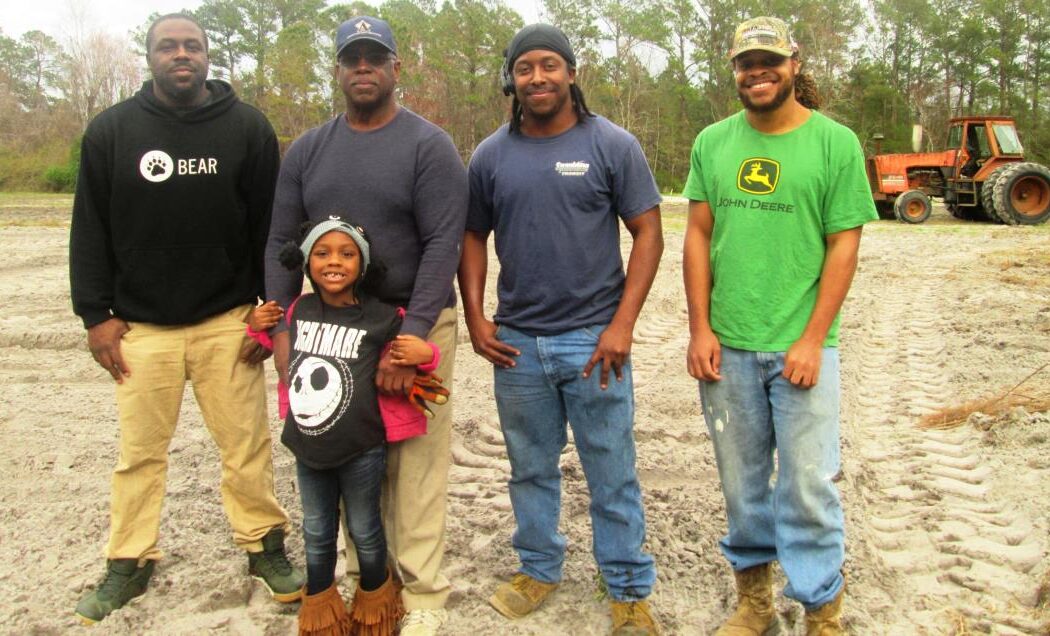 In 1920 there were nearly 1 million Black farmers in the United States. Today, due to this history of discrimination, it is estimated that there are less than 50,000 remaining Black farmers.

Now, on November 19, 2020, U.S. Senators Cory Booker (D-NJ), Elizabeth Warren (D-MA), and Kirsten Gillibrand (D-NY) announced landmark legislation aimed at addressing and correcting historic discrimination within the U.S. Department of Agriculture in federal farm assistance and lending that has caused Black farmers to lose millions of acres of farmland and robbed Black farmers and their families of hundreds of billions of dollars of inter-generational wealth.

“For generations, the cries of Black farmers dispossessed of land and livelihood have gone unnoticed,” said Leah Penniman, Co-Executive Director and Farm Manager, Soul Fire Farm. “In my 25 years as a farmer and land justice worker, I never dared to imagine that such an elegant, fair, and courageous piece of legislation as the Justice for Black Farmers Act could be introduced. We now have the opportunity to correct decades of discrimination, preserve agricultural lands, and equip the next generation of farmers who will feed the nation. Senator Booker and Senator Warren deserve profound credit for listening when no one else would.”

“Overtly discriminatory and unjust federal policy has robbed Black families in the United States of the ability to build and pass on intergenerational wealth,” said Senator Booker.

“When it comes to farming and agriculture, we know that there is a direct connection between discriminatory policies within the USDA and the enormous land loss we have seen among Black farmers over the past century. The Justice for Black Farmers Act will work to correct this historic injustice by addressing and correcting USDA discrimination and taking bold steps to restore the land that has been lost in order to empower a new generation of Black farmers to succeed and thrive,” he added.

The Justice for Black Farmers Act will enact policies to end discrimination within the USDA, protect remaining Black farmers from losing their land, provide land grants to create a new generation of Black farmers and restore the land base that has been lost, and implement systemic reforms to help family farmers across the United States.

“For decades, racist policies have robbed Black farmers of the economic opportunity to thrive in our country’s agricultural industry. I’m glad to cosponsor Senator Booker’s bill, which goes a long way toward restoring and protecting property rights of Black farmers, rooting out discriminatory policies, and providing Black farmers with the necessary tools to succeed,” said Senator Warren.

“Black farmers and ranchers have been historically excluded in agricultural industries and inequities in federal aid have stripped them from their land. It is not only our responsibility to investigate this systemic discrimination, we must end and correct it so that the next generation of Black farmers can bloom,” said Senator Gillibrand, a member of the Senate Agriculture Committee.

“The Justice for Black Farmers Act will ensure the Department of Agriculture puts an end to discriminatory practices that have harmed Black agricultural producers for more than a hundred years. I thank Senator Booker for his leadership on this issue and I’m proud to cosponsor this legislation to make farming more equitable and inclusive,” she continued.

“It is a long time coming and definitely a giant leap in the direction of justice, equity and recognizing the value of Black farmers to agriculture and our Nation. This Act also begins to address the many wrongs and harm inflicted on Black farmers, their communities and our nation as a whole because of these wrongs. We applaud the efforts and courage of Senators Booker, Warren and Gillibrand and the many feet that were a part of this giant leap,” he explained.

“The Justice for Black Farmers Act is a visionary piece of legislation that looks to the past, present and future to increase the number and strength of Black farmers and all farmers,” said Farm Aid executive director Carolyn Mugar. “Farm Aid is proud to endorse—and put our full force behind—these powerful ideas to restore justice and land to Black farmers; to ensure the viability of existing farmers facing the challenges of COVID-19; to bring long-needed reform to rein in corporate power over the livestock industry; and to encourage and reward farmers for using regenerative farm practices that will mitigate climate change and grow a better tomorrow for us all.”

Specifically, the Justice for Black Farmers Act will:

“The future of agriculture depends on prioritizing and expanding opportunities for the next generations of Black farmers,” said Martin Lemos and Sophie Ackoff, Co-Executive Directors of the National Young Farmers Coalition. “This bill establishes pathways to land access, farm training, and market development that will create a more equitable and sustainable future for farming in the United States. This is a historic and necessary step toward fully recognizing the contribution of Black Americans in not only establishing our agricultural system, but building the wealth of our country.”

“The USDA Coalition of Minority Employees, Justice for Black Farmers, and a host of other rural and urban farmers, deeply appreciate the long and continual support that Senators Elizabeth Warren and Cory Booker have demonstrated in drafting this very historical and very needed legislation,” said Lawrence Lucas, President Emeritus, USDA Coalition of Minority Employees.

“This legislation will address the systemic issues and get to the root causes of racism against Black farmers by the US Department of Agriculture and 100 years of Black land loss. This bill will help generations of Black farmers find the justice for which they have long struggled. We are pleased that this legislation goes beyond injustices related to Black farmers and addresses concerns for other socially disadvantaged farmers and for USDA employees who have suffered as well. We thank you from the bottom of our hearts for such a courageous effort at bringing justice for thousands of Americans,” he added.

Photo (courtesy of WUNC / Melody Hunter-Pillion) shows the Simmons family, who are among the few African American farmers in North Carolina. Listen to their oral history here.

View the full text of the bill (PDF).