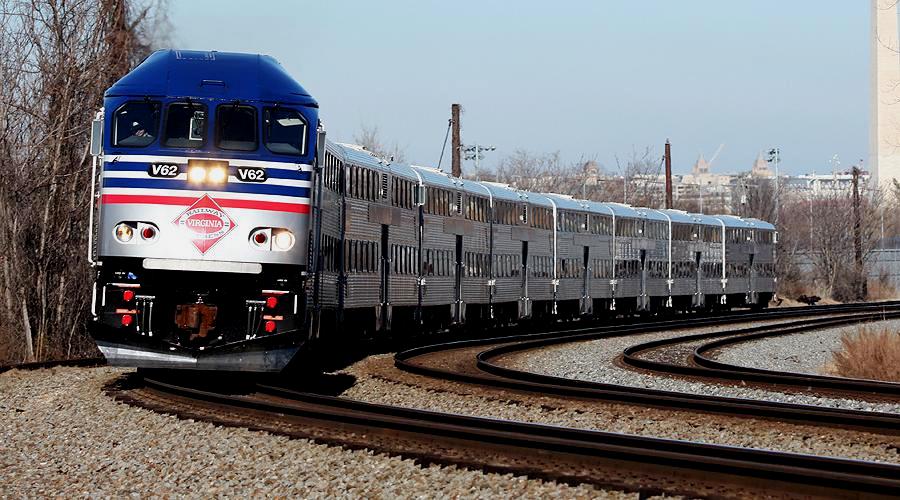 On December 19, 2019, Virginia Governor Ralph Northam announced a landmark agreement to revitalize the state’s public transit by expanding the reliability and service on Virginia’s rail lines. The deal will create a pathway for separating passenger and freight operations along the Richmond to Washington, D.C. corridor.

The agreement between the Commonwealth and CSX outlines a $3.7 billion investment that includes:

“We have a once-in-a-generation opportunity to make our rail system work better for everyone, both in Virginia and along the entire East Coast,” said Northam. “This agreement will change the future of transportation in Virginia, improving our ability to move people and goods across the state, and opening up potential rail service in underserved parts of the Commonwealth.” 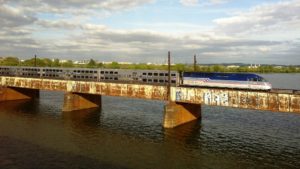 Currently Long Bridge, built in 1904 and owned by CSX, carries every passenger, commuter, and CSX freight train that crosses the Potomac River. But it has only two tracks, and is at 98 percent capacity in peak times. The new bridge will relieve this bottleneck, providing track for passenger and commuter trains while freight trains exclusively use the existing Long Bridge.

The old Long Bridge is also a rusted eyesore that CSX has long-neglected, detracting from the area’s appeal. The other good news is that public discussions are taking place here in the Arlington-Alexandria area (where REVITALIZATION is based) to turn the old bridge into a pedestrian/bicycle trail and public park crossing the Potomac River.

“CSX is proud of the innovative agreement reached with the Commonwealth of Virginia which will advance our goals for increased safety, efficiency, and volume growth while meeting the public’s desire for more passenger rail service to relieve commuter traffic congestion in the I-95 corridor,” said Jim Foote, President and Chief Executive Officer of CSX.

“We thank Governor Northam, Secretary Valentine, and her team for their leadership on this partnership that will benefit CSX and the people of Virginia for many years to come,” he added.

The Commonwealth has negotiated improvements with CSX to increase service levels. These improvements will be phased in over 10 years, resulting in the additional service:

The Commonwealth is bringing together federal, state, and regional partners to fund the proposal, with Amtrak playing a critical role. The Amtrak Board of Directors has approved a Memorandum of Understanding with the Commonwealth that outlines their commitment to this program.

“Amtrak is thrilled to be supporting this game-changing rail investment program as an investor and partner,” said Stephen Gardner, Amtrak Senior Executive Vice President and Chief Operating and Commercial Officer. “This program is a model for the nation of how to grow passenger and freight service together in order to relieve congestion, protect our environment, and enhance mobility.”

These agreements allow the Commonwealth to move forward with confirming commitments from potential partners and give Virginia the opening to bring more partners to the table.

“Today’s announcement represents the start of an exciting new chapter for commuter rail in Virginia,” said Katie Cristol, Chair of VRE’s Operations Board.

“Expansion of the Long Bridge will enable us to grow VRE service to include new riders, new hours, and new weekend service—in short, to improve the quality of life and economic opportunities for tens of thousands more Northern Virginians. That vision is truly within reach, with the Commonwealth now in a position to own and manage this major passenger rail asset,” she explained.

Studies show that highway expansion is increasingly unable to alleviate gridlock and congestion in Northern Virginia. The Commonwealth’s Office of Intermodal Planning and Investment is completing a study of the I-95 Corridor. One preliminary finding estimates a $12.5 billion cost to build one additional lane in each direction for approximately 50 miles—with congestion returning in the peak period the day it opens.

“As we work to maximize investments in highways, transit, and Metro, this partnership creates an unprecedented opportunity to unlock the potential of rail and commuter rail, and allows Virginia to focus on customer service, reliability, and performance,” said Secretary of Transportation Shannon Valentine.

“This also provides the critical infrastructure needed to explore options to expand rail to other corridors in the Commonwealth,” she added.

This rail expansion is expected to remove five million cars and one million trucks off Virginia highways each year, and propel the Port of Virginia toward its goal of moving 40 percent of containers by rail. In addition, the acquisition of portions of the Buckingham Branch will preserve a future opportunity to create an east-west “college” corridor.

“VRE already moves the equivalent of one lane of traffic off I-95 and I-395 each day,” said Jennifer Mitchell, Director of Virginia’s Department of Rail and Public Transportation. “This agreement will allow Virginia to move double the number of people at a fraction of the cost.”

The Stephen F. Fuller Institute at George Mason University estimates rail commuters will contribute an additional $2 billion annually to Virginia due to expanded commuter activity made possible by a new Long Bridge.