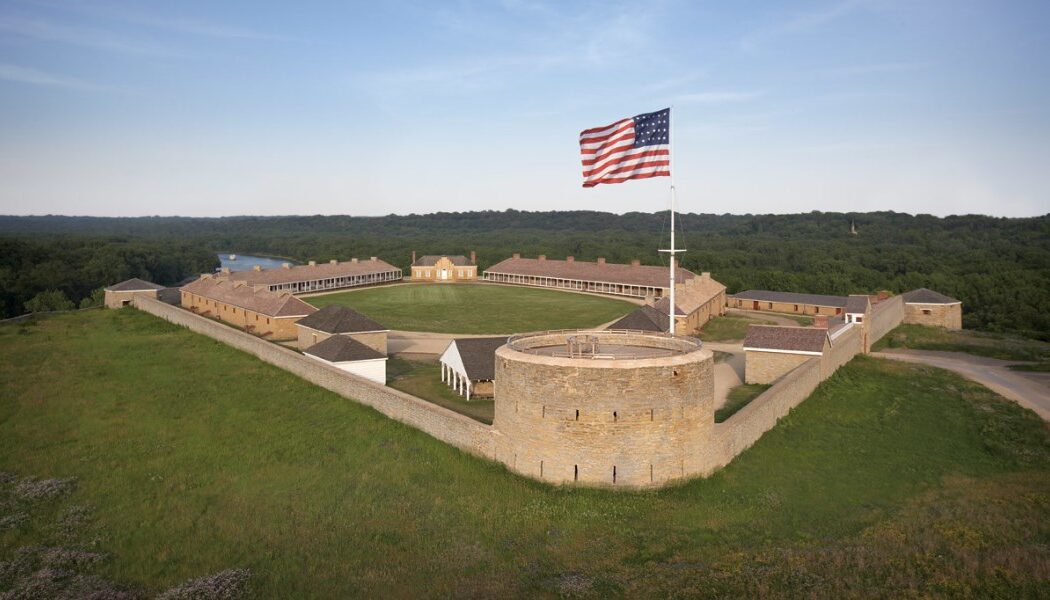 In Saint Paul, Minnesota in November of 2022, Fort Snelling’s Upper Post—a historic army barracks which hosted soldiers in both world wars—was repurposed and renovated into an affordable housing community for veterans, service members and first responders.

Fort Snelling has stood watch over the convergence of the Mississippi and Minnesota rivers since before Minnesota was a state. The walled Lower Post was built in the 1820s, with the addition of the Upper Post beginning in 1878.

The fort saw active use by the Army until it was decommissioned following the Second World War, eventually making its way into the management of the Minnesota Department of Natural Resources (DNR). 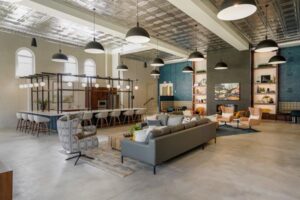 A common room in Upper Post Flats.Photo courtesy of Dominium.

Dominium, the Twin Cities-based affordable housing developer charged with renovating and repurposing the site, plans to give housing preference at Upper Post Flats to America’s service members, veterans, first responders and their families in recognition of their sacrifice and the site’s history.

Out of Minnesota’s 300,000 veterans, nearly 50,000 experience issues with housing affordability, quality or crowding and over 660,000 low-income veterans spend more than half of their income on rent nationwide.

High-quality affordable housing is the foundation of a stable life. Studies have shown that veterans who experienced housing instability in the past year reported 5 times the rate of mental distress as those with stable housing.

By 2012, growing maintenance costs and incidents like the partial collapse of the historic quartermaster’s post spurred a coalition of state and local agencies to seek a better long-term solution for the Upper Post, and in 2015 Dominium was chosen to redevelop the site as an affordable housing community while preserving it for future generations.

“By having this community cater to military families we hope to honor the legacy of Fort Snelling and do our part to address the crisis of housing instability amongst our veterans. This has been something of a pet project for me, so on behalf of all of Dominium I want to thank the DNR and others for giving us this opportunity and supporting affordable housing in Minnesota,” he added.

Construction of Upper Post Flats had to strike a tricky balance of preserving the historic buildings, first constructed between 1879 and 1939, and transforming them into high-quality modern apartment homes meeting Dominium’s rigorous standards.

Crews took pains to retain the original building materials wherever possible and drafted 54 unique design plans to accommodate the diverse layout of the 26 structures which once served as officer’s headquarters, barracks, a fire house, a hospital and more.

At the same time, accommodations had to be made to modern living standards, appliances, and special considerations like the acoustic glass and other design tactics used to soundproof the apartments against the nearby Minneapolis-St. Paul International Airport.

Founded in 1972, Dominium is a leading national owner, developer, and manager of affordable apartment communities with offices in Atlanta, Dallas, Phoenix, and Minneapolis. Owning and managing over 38,000 homes at over 230 sites in about half of all U.S. states, Dominium is known for creative solutions to unique and challenging redevelopment projects, and property management expertise.