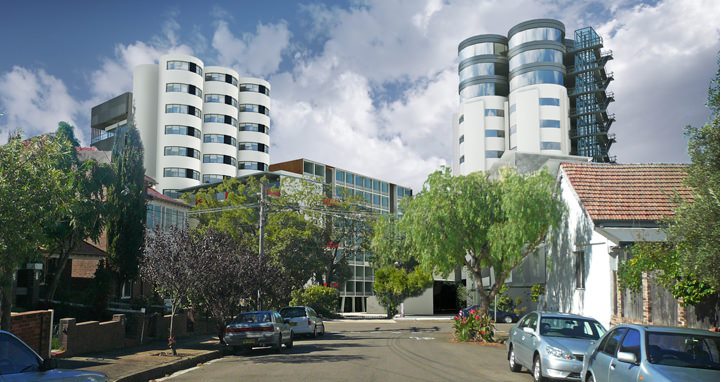 A heritage flour mill built in 1922 is enjoying a second life, having been repurposed as a mixed-use “village” in the Summer Hill suburb of Sydney, New South Wales, Australia. 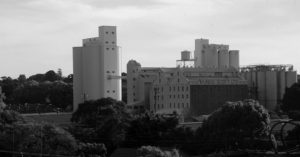 The landmark silos appeared in the 1950s, as Goodman Fielder grew the Mill’s capacity; followed by Allied Mills, which continued to supply the key ingredient for many of Australia’s favorite bread brands, until operations ceased in 2009.

After the property lay vacant for years, the Australian architecture firm HASSELL was hired to design a unique, mixed-use redevelopment that transformed the iconic industrial site in Sydney into a lively new community of homes, shops, cafés and parklands. 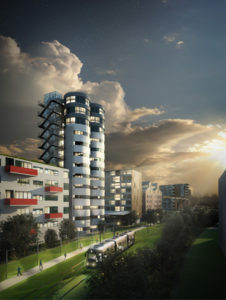 In the process, they retained and reused most of the existing buildings, including the mill’s iconic, towering grain silos.

Across the site, HASSELL designed 11 new and adapted apartment blocks, with a total of around 360 apartments, duplexes and terrace houses.

The concrete, circular wheat silos – without floors or windows – have been converted into premium studios and apartments that retain the remarkable heritage and form of buildings, but at the same time redefine the structures and their future. 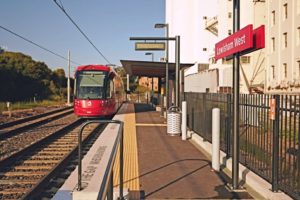 The master plan for the Flour Mill seamlessly stitched-together all the elements of the industrial site, with new landscaping in the open spaces, and pedestrian links reconnect the formerly-isolated site to both Summer Hill, and Sydney in general.

The site links into Sydney’s wider public transport network via an easy stroll to both the Summer Hill and Lewisham train stations. But best of all, the Flour Mill has its own light rail station, bringing the city center and other parts of the Inner West even closer to residents’ front doors. 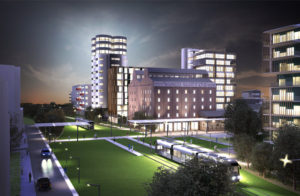 The vibrant mix of proposed uses—such as cafes, studios and small retail opportunities—gives the site an authentic “village” atmosphere that complements the existing feel of the suburb, which is located just 7km from Sydney’s central business district.

The site’s location alongside Hawthorne Canal is a peaceful setting. A new cycle path is planned for the canal’s greenway, from Iron Cove in the north, and way south alongside the Cooks River. Within comfortable walking distances are surrounding suburbs: places such as Petersham, Haberfield, and Leichhardt – rich in cultural diversity, and each brimming with its own charisma.