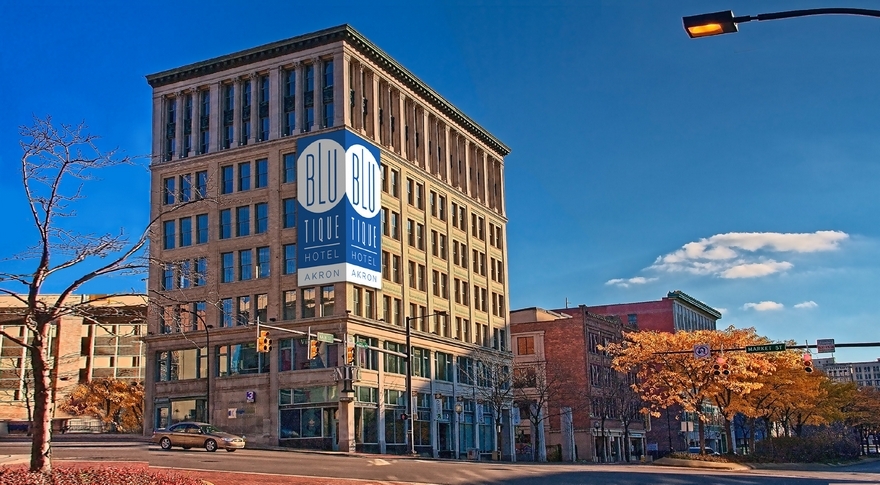 Akron, Ohio developer Tony Troppe is moving forward with his new boutique hotel in the historic United Building in downtown Akron, and has named it The United 1: A Blu-tique Hotel.

Troppe is developing the 65-room hotel with assistance from a $1.6 million Ohio Historic Preservation Tax Credit. He expects the hotel to open by the fourth quarter of 2016.

The overall cost of the project will be about $11 million, with about $7 million going toward renovations, he said.

“I think this hotel will be the catalyst for something greater,” Troppe said. “We are putting a first-rate hotel right at Akron’s doorstep, and people will be surprised what they see when they step outside.”

The hotel, which Troppe named “Blutique” after his successful Blu Jazz+ nightclub across the street, will be Akron’s second downtown hotel to open in less than a year. The Courtyard by Marriott opened in February of 2016.

Troppe said the United Building has been 100 percent occupied in recent decades, but lately it’s been less than 50% full. His application for the Ohio Historic Preservation Tax Credit lists the vacancy rate at between 70 and 84.99 percent.