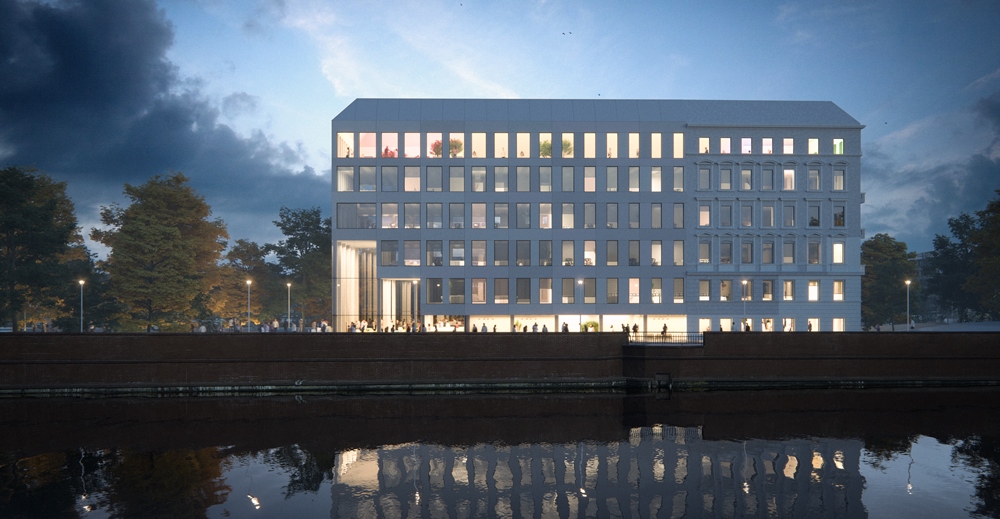 Wrocław is a city in western Poland on the banks of the River Oder, about 350 kilometres (220 mi) from the Baltic Sea. The population in 2017 was 638,364, making it the fourth-largest city in the country.

Its history dates back over a millennium, and its extensive built heritage combines almost all of the religions and cultures of Europe. At various times, it has been part of the Kingdom of Poland, Kingdom of Bohemia, Kingdom of Hungary, Habsburg Monarchy, Kingdom of Prussia, German Empire, Weimar Republic and Nazi Germany. Wrocław became part of Poland again in 1945. 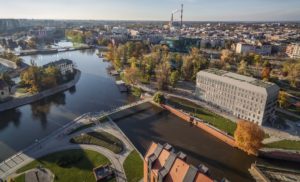 Wrocław is a university city with a student population of over 130,000, making it one of the most youthful cities in the country. Since the beginning of the 20th century, the University of Wrocław (previously called Breslau University), has produced 9 Nobel Prize laureates, and is renowned for its high quality of teaching.

The German Army used Słodowa Island in the center of Wrocław, as a base for artillery in 1945. As a result, almost all of the structures on the island were destroyed during the Siege of Breslau in the final months of World War II.

The single remaining building is notable as the only survivor, after a handful of other structures that survived the war were demolished. The rest of the island now serves as a popular public park at the heart of the city, and the host of a number of festivals and cultural events. 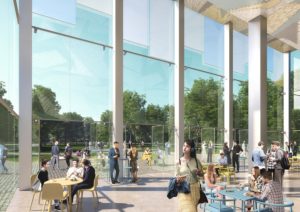 Now, on October 3, 2018, the Rotterdam-based design firm MVRDV released its proposed design for the Concordia Hub, a project that will repurposed, renew and expand this 19th-century historic building on Słodowa Island.

MVRDV’s design retains the façade of the existing building and adds a contemporary extension to the rear, creating a focal point for the neighbouring park and a destination that will attract more visitors to the Island.

MVRDV’s design for the Concordia Hub both looks back at its history and brings the structure into the future. It’s thus influenced by depictions of Janus, the Roman deity of transitions, time, and duality.

While the form and interior layout of the building displays a certain symmetry, there are clear distinctions between the “formal” side of the building, featuring the retained façade of the historic building, and the new addition, which faces the park and is transparent, modern, and most importantly inviting.

At both ends of the building, triple-height stepped voids provide a grand entrance space, hosting a café in the existing structure (with exposed brickwork from the original façade) and a food hall in the extension (which will include a large mural or installation by a local artist interacting with the stepped ceiling).

The rest of the building will host co-working office spaces, while the uppermost floor will feature an open-air terrace with views to the city on all sides. 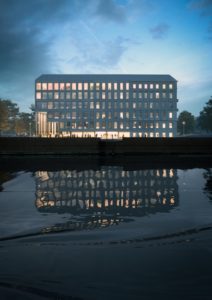 “The location of the Concordia Hub is truly special. It’s a privilege to renovate this historic building in one of Wrocław’s cultural and leisure hotspots”, said Nathalie de Vries, principal and co-founder of MVRDV. “But while it’s important to recognize and respect the city’s existing heritage, our design is also about looking to the future and adding a new piece of well-appreciated architecture to Słodowa Island.”

The design of the extension respects the existing façade, continuing its roofline and the size and pattern of its windows. Both the retained historic and the newly constructed façade will be treated with concrete plaster, yet in a nuanced way by making it either more rough or polishing it to a shine.

In this manner, a patchwork of finishes reveals the diversity of uses inside the building. To emphasize the public nature of the ground level, the façade opens up to the park. This transparent design aims to reduce the distinction between indoors and outdoors, so that the food hall is integrated into the life of the park.

Concordia Hub has been designed for Ewa Voelkel Krokowicz, CEO of Concordia Design, in cooperation with the local polish architecture firm Q2.

All images are courtesy of MVRDV.