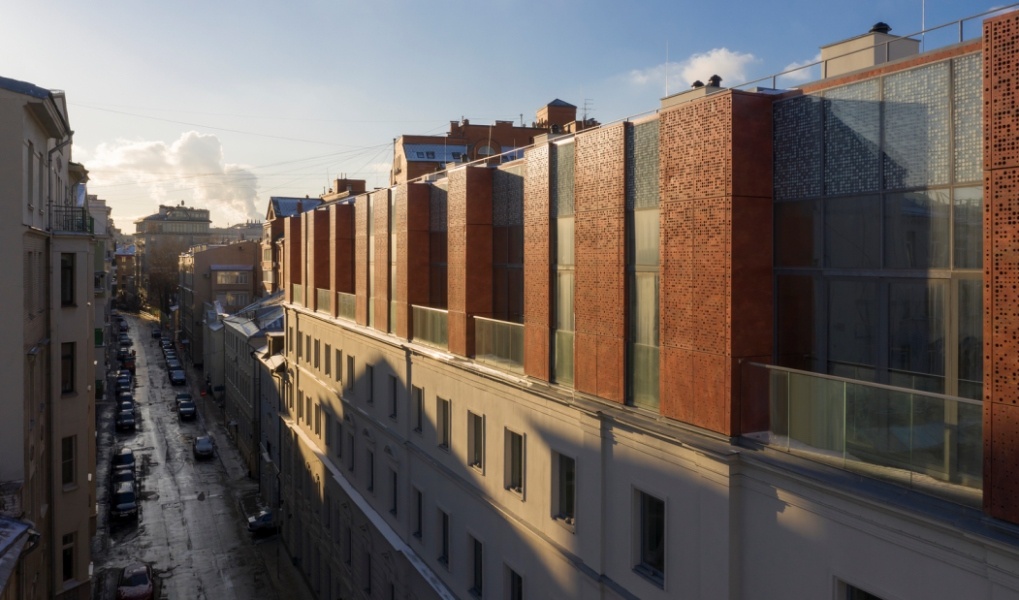 Fans of Stewart Brand‘s classic book, How Buildings Learn, won’t be surprised to read this account of how an apartment building constructed in the 1870s was subsequently repurposed as offices, and has now been restored and reborn once again as residences.

Carefully restored neo-classical facades and a newly-covered courtyard rooted in traditional Russian architecture have now been crowned by an expansive contemporary upper extension to this downtown Moscow, Russia apartment block. This rebirth and rehabilitation was designed by the London-based architects at AI Studio.

Here’s what the folks at AI Studio say about the project: 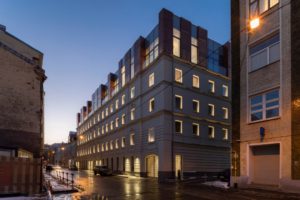 Situated in the heart of Moscow within the historical “Garden Ring” road, the building was originally purpose built as an apartment block in the 1870s, but was promptly adopted as a popular local bathing house.

Since the 20th century, it has largely been utilized as an administrative office, but Vesper Moscow – the developer who purchased the building in 2016 – had a vision to return it to its original residential use.

When restoring the space, AI Studio aimed to take an “honest” approach to the redevelopment – unashamedly allowing the new extension to contrast the original neo-classical style prevalent in central Moscow. 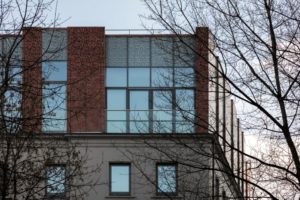 “Although the original building is not formally listed [as a historic monument], we considered it to be a perfect example of classic Moscow architecture,” said the principal of AI Studio, Anton Khmelnitsky.

“So, our approach was to sensitively restore the original fabric of the building, whilst designing an upper extension which provides a distinctive contemporary contrast,” he added.

The generous extension at the top of the building offers enough space for double height penthouses within, and features cladding of perforated Corten steel composite panels on the exterior. 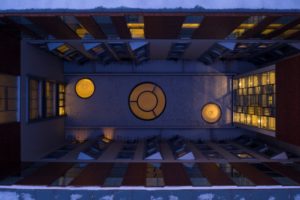 Full height glazing boasts unparalleled views of the city. Meanwhile, on the ground floor, the covered courtyard presents a reception and communal area for residents, alongside retail opportunities.

This communal area is flooded with natural light from circular glass skylights, which are installed in the elevated private roof terrace directly above the courtyard, exclusively for residents’ use.

The freshly extended building named Sovremennik, features a collection of 75 apartments ranging in size from 32 to 146 m2 and conveniently includes two floors of parking, with space for up to 43 cars.

All images courtesy of AI Studio.