On September 27, 2018, Albany, New York‘s Clinton Square neighborhood learned that it will receive $10 million as the Capital Region winner of the third round of the state’s Downtown Revitalization Initiative.

As in the first two rounds of the DRI, one municipality from each of the state’s 10 regional economic development regions is selected as a $10 million winner, marking another overall state goal to target $100 million in funding and investments to help communities boost their economies by transforming downtowns into vibrant neighborhoods where the next generation of New Yorkers will want to live, work and raise a family. 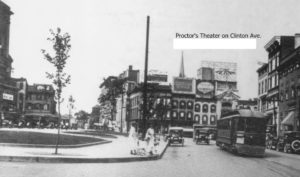 “The City of Albany already serves as a thriving downtown destination, and this $10 million award will attract even more new businesses, residents and visitors, bringing real change to the neighborhood,” New York Governor Andrew M. Cuomo said. “As a historic gateway to the heart of the city, Albany’s Clinton Square is an ideal candidate for the Downtown Revitalization Initiative. I congratulate the City of Albany and its leaders for putting together a plan that will have a lasting impact on this deserving community for generations to come.”

“Albany’s historic Clinton Square neighborhood is the front door to our state capital, and this investment will ensure the community can advance significant revitalization projects,” added Lieutenant Governor Kathy Hochul.

With this DRI award, the City of Albany will focus on making Clinton Square a welcoming gateway to the capital city. This compact and walkable area, rich in history, arts and cultural assets and within easy reach of the Hudson River, is where five city investment zones converge. Clinton Square is poised to become a thriving gateway district and distinctive hub that connects and catalyzes activity downtown and in the Warehouse District. 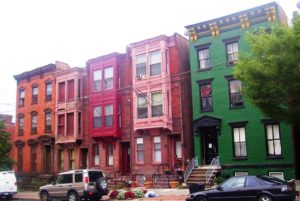 The Capital Region Regional Economic Development Council went through a competitive review process of proposals from communities throughout the region and considered all eight criteria below before recommending Albany’s Clinton Square as its nominee for winner:

Albany’s Clinton Square’s third round DRI win entitles the city to receive $10 million in state funding and investments to revitalize its downtown neighborhoods and generate new opportunities for long-term growth. The neighborhood now joins the Cities of Glens Falls and Hudson, which were the Capital Region’s winner in the first and second DRI rounds, respectively.

Senator Neil D. Breslin said, “This is great news for the City of Albany and the entire Capital Region. Albany’s Clinton Square is ready for revitalization.”

Albany will now begin the process of developing a Strategic Investment Plan to revitalize its downtown with up to $300,000 in planning funds from the $10 million DRI grant. A Local Planning Committee made up of municipal representatives, community leaders, and other stakeholders will lead the effort, supported by a team of private sector experts and state planners.

Assembly Member Patricia Fahy explained, “Thanks to Governor Cuomo’s Downtown Revitalization Initiative, Albany is on the cusp of more growth, development and jobs. Historic downtown Albany and the Clinton Square neighborhood have an important past, and this investment and vote of confidence in Albany ensures a bright and resilient future.”

The Strategic Investment Plan for Clinton Square will examine local assets and opportunities and identify economic development, transportation, housing, and community projects that align with the community’s vision for downtown revitalization and that are poised for implementation. The Clinton Square Strategic Investment Plan will guide the investment of DRI grant funds in revitalization projects that will advance the community’s vision for its downtown and that can leverage and expand upon the state’s $10 million investment. Plans for the DRI’s third round will be complete in 2019.

Albany Mayor Kathy Sheehan concluded, “The City of Albany is thrilled to win the latest round of Governor Cuomo’s Downtown Revitalization Initiative. We are ready for this investment, which will improve the Clinton Square neighborhood and beyond. We will soon see comprehensive, smart projects come to life in the community, which will reverberate throughout all of Albany and the Capital Region. This is a great day for the Capital City.”