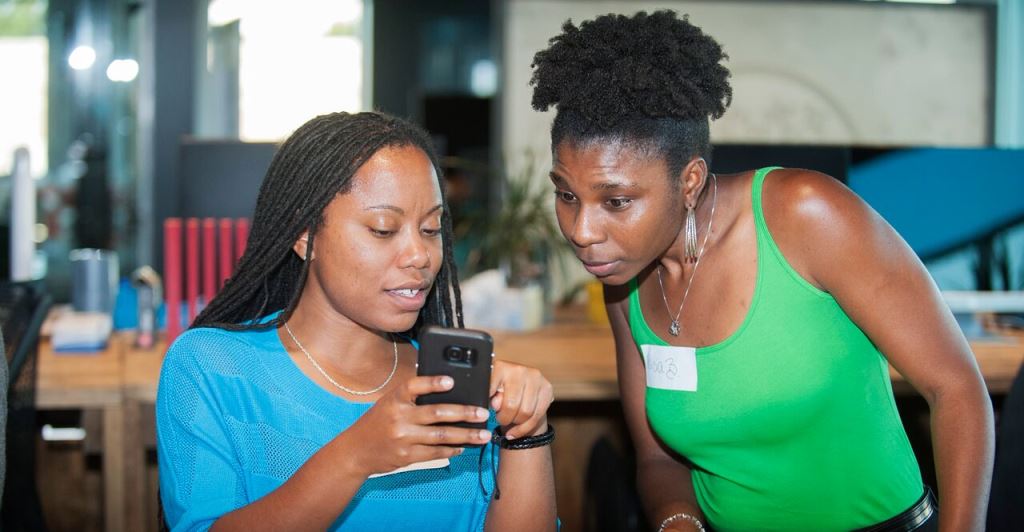 Once upon a time, in Charlotte, North Carolina, Ford Model Ts and Hercules missiles were assembled in a vast series of buildings. Today, this long-vacant, 75-acre industrial complex is coming back to life as a socially-responsible “innovation district”.

Now called Camp North End, redeveloper ATCO Properties & Management bills it as Charlotte’s next generation workplace. As one of the largest adaptive reuse projects currently underway in the United States, the project is transforming the historic urban dead spot into a catalytic hub of innovation and ideas. 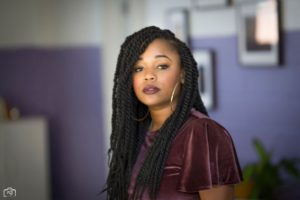 “We’re beyond enthusiastic to expand our work through BLKTECH Interactive’s initiative across North Carolina with the installation of BLKTECHCLT at Camp North End,” said Sherrell Dorsey, founder and president of Build the Good, a community development consulting firm that runs BLKTECHCLT. “As neighbors in Charlotte’s growing smart innovation district, we’re looking forward to continued growth and collaboration as we move into the hub of neighbors working toward an inclusive and innovative ecosystem.”

BLKTECHCLT launched in 2016 at Google Fiber and has since hosted interactive inclusive technology experiences throughout Charlotte at Hygge, Tresata, Camp North End, and AvidxChange. In its first year in operations, BLKTECHCLT partnered with Carolina Small Business Development Fund to provide entrepreneurs of color access to $100,000 in micro loans to help jump start their business endeavors. Other partners have included Venture for America, the City of Charlotte, Airbnb, the Knight Foundation, The Path, among others.

BLKTECH Interactive works to develop data-driven programming to support the growth of black tech entrepreneurship across the state by hosting skill-building workshops and events, connecting entrepreneurs to mentorship and funding, and connecting corporate employers to a local database of black tech talent.

“BLKTECHCLT represents the best of what the North End Smart District should be,” said Damon Hemmerdinger, Co-President of ATCO Properties & Management. “Sherrell and her colleagues are working to ensure that the economic opportunity that will be created in the North End is available to all Charlotteans, and Camp North End is very proud to be able to host their work.”

The BLKTECH Interactive space is sponsored by a 1-year grant by the OrthoCarolina Foundation to promote and increase community and diversity within Charlotte’s business and nonprofit ecosystem. The foundation is sponsoring an innovation incubator and residency program called “The Launch Pad” at Camp North End, which will free emerging tech and civic initiatives from the burden of space overhead for 12-18 months in order to catalyze accelerated innovation, focused development and heightened impact. 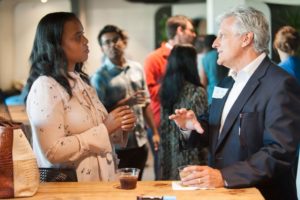 Camp North End’s epicenter, the “Boileryard,” is already open for happy hour every Friday evening, and its first redeveloped building is now occupied by local businesses and artists.

The grand opening of BLKTECHCLT Interactive, including a champagne toast, took place on January 6, 2018. The space is designed by Quintel Gwinn, principal of Qwin Gwinn Studios.

All photos are by Jon Strayhorn.