When the Pillsbury “A” Mill complex in Minneapolis, Minnesota was named to the National Trust for Historic Preservation’s 11 Most Endangered Places list in 2011, it had already been vacant for eight years. 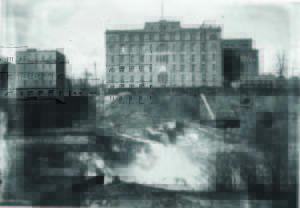 Built in 1881 for flour magnate Charles A. Pillsbury, the Pillsbury Mill complex was considered the largest and most advanced milling facility in the world, its original capacity reaching 4,000 barrels a day. Powered by water diverted from the nearby Saint Anthony Falls on the Mississippi River, the “A” mill was constructed with large limestone blocks and timber. By the early 1900s the wooden frame was replaced by steel columns and beams to combat the constant vibration of the milling equipment that had already weakened the structure.