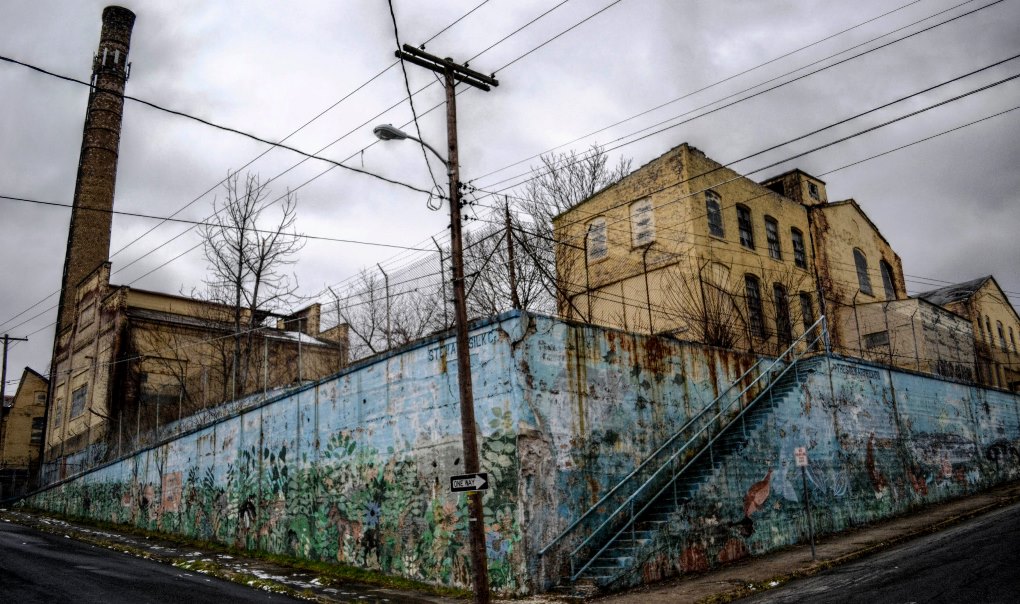 Back in July of 2017, the City of Easton, Pennsylvania approved a set of zoning changes that set the stage for the redevelopment of the former Stewart Silk Mill site, owned by Black Diamond Enterprises in the city’s South Side neighborhood. The historic building was built in 1883.

Developer Tim Harrison of TCH Realty & Development, and partner Lara Schwager, of PIRHL, said at the time that they aspire to repurpose and renovate the long-vacant, fire-damaged site into affordable housing and shopping. 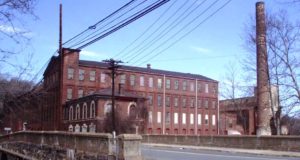 Stewart Silk Mill before the fire. Photo by anonymous.

“These funds will be used assist in the redevelopment of a more than 100-year-old blighted property on Southside Easton into a mixed used development,” Boscola said. “The two phases of this project bring much needed workforce housing to Easton as part of the first phase and a mix of commercial uses, including the potential for medical facilities and a grocery store, to Southside Easton.”

TCH is partnering with PIRHL Developers on this two-phased project to redevelop the former Stewart Black Mill and then Black Diamond site at Lincoln and Coal Streets in Easton into a mixed used development that will in its first phase meet a demand for workforce housing in Easton and its second phase, with a total phase cost of $9.7 million, will feature a mix of commercial uses, including retail, medical offices/clinic, a restaurant and a grocery store. Phase II will create 90 jobs and bring the services and amenities needed in this urban neighborhood to make it a more vibrant place to live.

“Redeveloping sites such as this in our urban cores is difficult but critically important to ensuring the success of our aging small cities. Funding sources like RACP help make these risky projects a reality,” Boscola continued.

The Redevelopment Assistance Capital Program (RACP) is a Commonwealth grant program administered by the Office of the Budget for the acquisition and construction of regional economic, cultural, civic, recreational, and historical improvement projects.

RACP projects are authorized in the Redevelopment Assistance section of a Capital Budget Itemization Act, have a regional or multi-jurisdictional impact, and generate substantial increases or maintain current levels of employment, tax revenues, or other measures of economic activity. RACP projects are state-funded projects that cannot obtain primary funding under other state programs.

The RACP is used for the acquisition and construction of regional economic, cultural, civic, recreational and historical improvement projects. Qualifying projects have a regional or multi-jurisdictional impact, help create or maintain jobs, and generate economic activity.

Featured photo of Stewart Silk Mill after fire by Unknown Cameraman on Youtube.