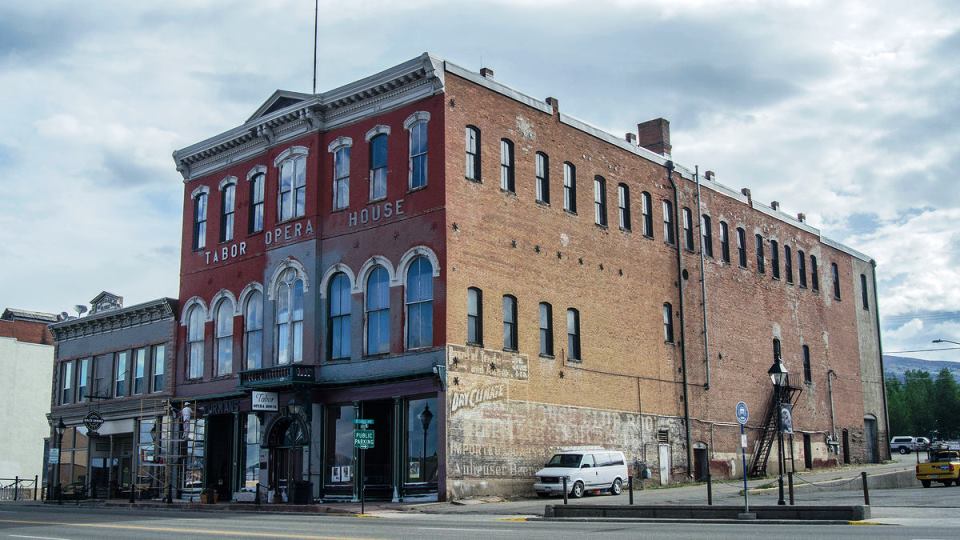 When Washington, DC resident, city planner, and author Ann Satterthwaite traveled in America’s small towns, she felt herself repeatedly drawn to opera houses that had frequently been the entertainment centers of their communities in the 19th century.

In her 2016 book, Local Glories: Opera Houses On Main Street Where Art And Community Meet, she explores the rich history and, in many cases, the surprising rebirth of these buildings that tell a unique story about our country.

“A great many have been lost, but there are plenty more to restore,” Satterthwaite says.

“In the 19th century—the towns were relying on traveling entertainers, traveling theater companies. Today, we don’t have all those traveling troupes. Mark Twain isn’t going to every small town in upstate New York. So now the opera house activities are organized, and all the performances, by local and regional performers, so it is really communal creative energy now, which did not exist in the 19th century. It makes (restoring and reusing them) even more exciting, really,” Satterthwaite continued. 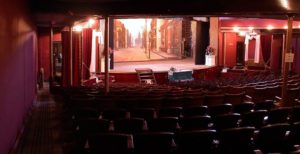 The Tabor Opera House in Leadville, Colorado, is one such National Treasure. It was built in 1879 by Horace Austin Warner Tabor, one of Colorado’s most well-known mining magnates. It was one of the most costly and most substantially-built structures in Colorado history. The construction materials used to build the Tabor Opera House were not available in Leadville, so HAW Tabor ordered that they be brought up by wagons… a tedious task. Nevertheless, the Tabor was completed in only 100 days from the date of ground-breaking, which was a record time.

The massive 3-story opera house was constructed of stone, brick and iron, and trimmed with Portland cement. It’s solid brick walls stand 16 inches thick! The color scheme used was red, gold, white and sky-blue, with the blending beauty of everything fully revealed by 72 jets of brightly burning gas lights. This substantial construction has weathered the test of time, and stands today as a proud monument to Colorado history. 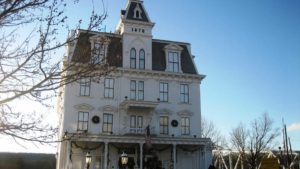 Satherwaithe was surprised at the number of “opera houses” in rural America, “I kept coming upon these opera houses in rather small towns. When I mean small towns, I mean places with populations of 1500 or 2500, all over the country. As I looked into it more, it turns out that toward the second half of the 19th century, really after the railroads laced the country with rail lines, every small town had what they referred to as an “opera house.” As it turned out, it was more than just a place where they had cultural activities. These were often in places where it was the only sort of neutral turf for a community hall.”

Interestingly, not all opera houses were built downtown, because some people didn’t want them to be a social resource. Apparently, many churches wanted a monopoly on as the community center and gathering place, so they declared that God hates entertainment. In Philadelphia, the first theater was built just outside city limits, because religious council members got the city to enact edicts banning theater-going. It was only in 1939 did the Methodists remove theater-going as an evil activity from their guiding principles.

Now, restoring opera houses and reactivating them as centers of community culture and togetherness is a national trend in small-town America.