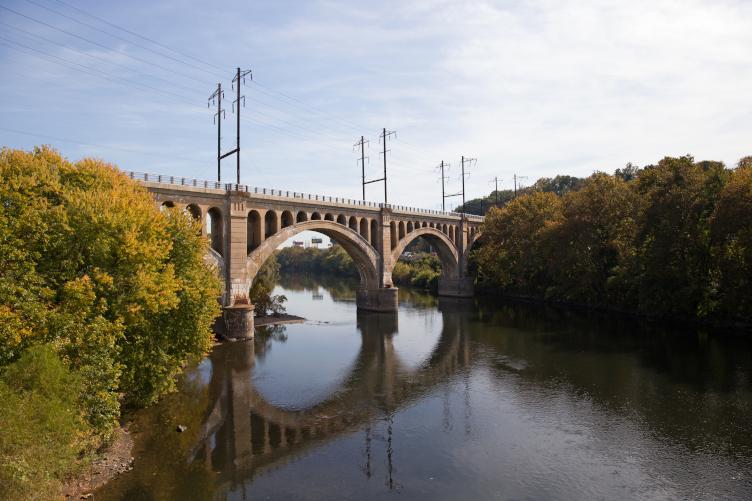 Ever since it opened in 1918, the Manayunk Bridge has been iconic, a symbol for its namesake section of Philadelphia.

“It’s one of those things that’s always been the symbol of Manayunk,” says Kay Sykora, project director of the Destination Schuylkill River project at the Manayunk Development Corporation. The bridge graces the development corporation’s logo, and the logo of the nearby Manayunk Brewery.

The Manayunk Bridge started its next chapter on October 30, 2015 when it reopened as a recreational trail connecting the Cynwyd Heritage Trail in Lower Merion to Manayunk and the nearby Schuylkill River Trail, shifting from an icon of bygone gritty industry and regional infighting to a future incumbent on recruiting residents and businesses by making the region as a whole more attractive.

The repurposed bridge helps fulfill the region’s goal connect isolated and disparate trails into one cohesive and comprehensive 300-mile system.

“It serves not only as a beautiful connection, but as a symbolic connection,” said Sykora. “A nice way to use some old infrastructure that was just sitting at this point.“

No longer an emblem of manufacturing might, or a relic of a lost industrial pass, today the Manayunk Bridge represents a greener vision for the region’s future.