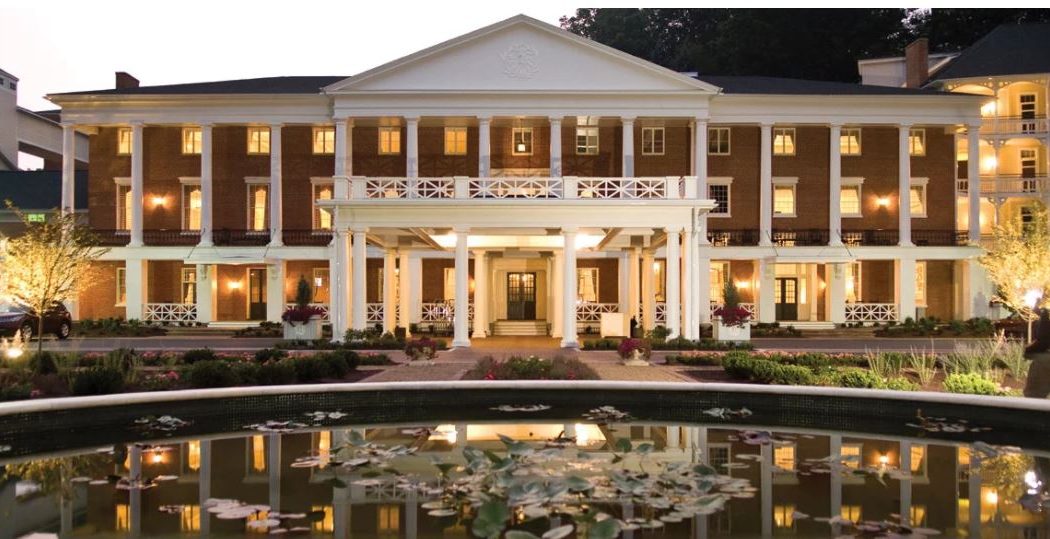 The eight mineral springs of Bedford, Pennsylvania have been a mecca of rejuvenation for over two centuries…and for thousands of years before that, when one includes the original Native American residents. 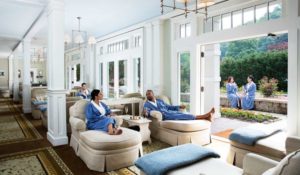 The discovery of the celebrated springs is shrouded in Native American legend. The curative powers of the waters were known to the many tribes of the East Coast. Their legends describe a “Medicine Spring” shaded by majestic oak, giant pine, and graceful maple.

Today, that legacy continues at the world-class Springs Eternal Spa, where the mineral waters are incorporated into treatments at the Omni Bedford Springs Resort. But it’s not just the guests who are revitalized: the resort itself was completely renovated a decade ago.

The renovation didn’t end a decade ago, though. The resort’s historic golf course has just re-opened after a magnificent restoration, and now features a brand-new, state-of-the-art $2.5 million clubhouse.

Dating back to 1895, the Old Course is one of the country’s first golf courses, designed by golf architectural masters Spencer Oldham, A.W. Tillinghast, and Donald Ross. The new golf Clubhouse will honor the history and nostalgia of the historic course while bringing entirely new offerings to guests. 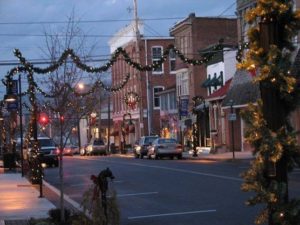 For the past decade, the nearby town of Bedford has been enjoying an economic boom as a result of all this rejuvenation.

The only service provided by its buildings at that time was as a nesting site for bees, bats and birds.

Its rooms had sat empty since the resort closed in 1986, and the floors were washed away by floods. 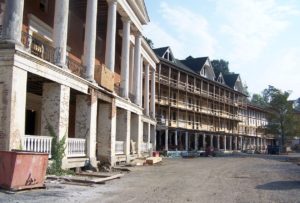 The old resort, prior to restoration.Photo credit: BCDA

Paint was peeling from its Greek Revival entryway, giving it the look of a decrepit mansion in an old gothic novel.

When it was added to the list of National Historic Landmarks in 1991, was listed as “endangered”: meaning that demolition could happen at any time.

Once a vacation spot for celebrities and dignitaries, the spa had deteriorated almost beyond recognition.

It took a new owner, and a $120 million renovation, to restore it to its 19th-century glory.

Following designation as a National Historic Landmark, Bedford Springs Resort and its acreage were purchased by Bedford County for preservation and redevelopment.

That effort was later assumed by Bedford Resort Partners and in 2007, upon completion of a four-year renovation, the 216-room Bedford Springs Resort and Spa reopened. In 2009, the resort came under management of Omni Hotels.

In the decade since that July 2007 reopening, the resort has dramatically revitalized the Bedford area — catalyzing new outdoor amenities, creating an enormous new tax base, and spurring redevelopment in the downtown.

“When I look at the Omni, I consider them a community partner,” county Commissioner Chairman Josh Lang said. “They’ve worked a lot.” He’s not the only local official to praise to the resort, either.

Others laud the fact that the Omni has made itself available for local events. And it works both ways, because the resort promotes downtown community events to their guests to boost their business in slow winter season.

The resort’s massive renovations used a mix of private and public funds, and it sits on a onetime Keystone Opportunity Zone — a site where taxing authorities agree to waive certain revenue to encourage investment.

The zones can be controversial, particularly when businesses don’t bring the hoped-for benefits and economic growth. But the Bedford Springs resort has been cited as a “poster child” for the program since it returned to the tax rolls several years ago, state officials said. 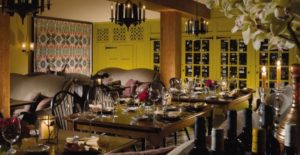 This year, the resort paid county taxes of $89,074, school taxes of $276,402, and township taxes of $11,509, for a total of $376,985, county Chief Assessor Joyce Hillegass told REVITALIZATION. It also pays heavily into the county hotel tax, which goes toward tourism and promotional efforts: As of 2013, it reportedly put at least $250,000 annually into the county’s coffers through the hotel tax alone.

The town was incorporated on March 13, 1795, and the Bedford Historic District was added to the National Register of Historic Places in 1983.

The town originally grew up around Fort Bedford, which was built by the British. It was the first fort taken from the British, being “liberated” ten years before the American Revolution by local rebels, James Smith‘s “Black Boys”.

Some say that Bedford was where the newly-formed U.S. government came into its own. The Espy House in Bedford is notable for having been the headquarters of George Washington and his force of 13,000 while putting down the Whiskey Rebellion in 1794, which had started around the Jean Bonnet Tavern just west of Bedford. One historian later stated, “It was at Bedford that the new federal government was finally to establish itself as sovereign in its own time and place.”

The Bedford Springs Hotel was the first place in America to have an Olympic sized pool. President James Buchanan made it his “summer White House”. While Buchanan was there the first trans-Atlantic cable message was sent to his room from Queen Victoria on August 17, 1858. The hotel, in 1855, also housed the only Supreme Court hearing ever to be held outside of the capital.

The discovery of the curative springs led Dr. John Anderson to purchase the nearby land and build a spa in 1804. Due to the lack of medicines in that time, people from great distances flocked to the hotel in search of a cure for their illness.

And now, after a long period of decline, Bedford is thriving again, thanks to the rebirth of Anderson’s ancient spa.

All photos courtesy of Omni Hotels, unless otherwise credited..