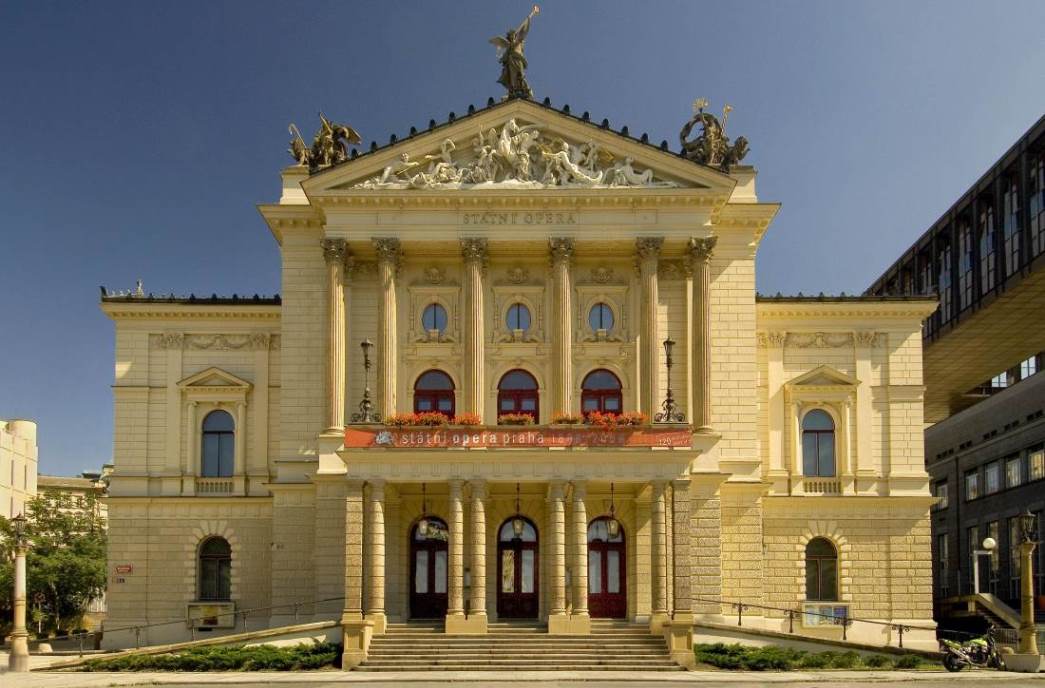 On January 5, 2020 in the Czech Republic, a spectacular gala concert reopened the doors to the Prague State Opera following a three-year restoration and renovation. The date was symbolic, as it had been exactly 132 years earlier that the building was inaugurated in 1888.

“The objective of the reconstruction was to restore the State Opera to its original state. The audience should thus have a feeling that they returned back to the times of the Habsburg Monarchy of 1888. To the times when the building still was the New German Theatre inaugurated exactly 132 years ago. At the same time, the technical part of the theatre will be stateof-the-art. Thus, two worlds will meet under the new roof – the past one and the present one,” said Lubomír Zaorálek, Czech Minister of Culture.

“I wish that the State Opera in its restored look becomes a meeting point for different worlds, so that it attracts not only the same people all the time, but also those who have perhaps never been to an opera before,” he added. 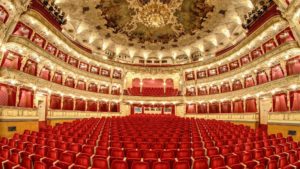 The re-opening concert featured a performance of Richard Wagner’s Die Meistersinger von Nürnberg, under the baton of Karl-Heinz Steffens, Music Director of the State Opera.

The evening featured distinguished soloists of the Opera of the National Theatre and the State Opera and other Czech and foreign guests, including Pavel Černoch, Eva Urbanová, Kateřina Kněžíková and the Slovak bass singer Peter Mikuláš. They performed with the State Opera Orchestra and Chorus.

The audience also saw the outstanding young Norwegian soprano Lise Davidsen, who made her Metropolitan Opera début in November 2019 as Lisa in The Queen of Spades, receiving brilliant response from reviewers, colleagues as well as the MET General Manager.

“I am delighted with the huge and technically demanding work of many collaborators within the theatre and building contractors,” said Prof. MgA. Jan Burian, Director of the National Theatre.

“I worked towards a comprehensive reconstruction of the State Opera and it has reached its finale. Now, I will work towards its new artistic blossoming in the European context. The National Theatre with all its stages wants to be an artistic institution to which both local and foreign audiences would want to return,” he added.

The State Opera underwent last comprehensive repairs in the 1970s. The historical building is now equipped with new stage technologies, including a state-of-the-art turntable.

A brand-new rehearsal room with excellent acoustics is located in the second basement. The original rehearsal rooms, the ballet, orchestra and choir studios, as well as the artists’ dressing rooms, have been renovated. The operations building is afforded a new garb — its glass façade.

Numerous restorers have worked on the State Opera’s reconstruction; they have cleaned Eduard Veith’s monumental murals on the parterre ceiling as well as the precious frescos. New seats have been installed in the auditorium, all of them newly furnished with a reading device for the viewer to choose the respective captions.

As part of the extensive reconstruction, the State Opera has received a new curtain. Over the past two years, it has been worked on by a team headed by David Černý, Artistic Director of the National Theatre Production section, in collaboration with students of the Department of Scenography of the Theatre Faculty of the Academy of Performing Arts in Prague.

The new curtain has been made in the National Theatre workshops based on the Eduard Veith design of the original curtain which was seen by the audience during the inauguration of the State Opera (then the New German Theatre) in 1888. The unique accomplishment is the result of more than 1,000 hours of meticulous work.

The original Veith curtain was mysteriously lost in 1945. The new curtain will replace Antonín Střížek’s curtain originally created for the 2002 production of Die Zauberflöte.

The opera will be directed by Mariusz Treliński, who amidst sophisticated, mesmerising sets created by the Slovak designer Boris Kudlička will unfurl the story of a king who en route to enlightenment struggles within, striving to decide whether to embrace reason, order and Christianity, or instinct, anarchy and hedonism. The adaptation will be co-produced by the Polish National Opera in Warsaw and the Royal Swedish Opera in Stockholm.

The Czech National Ballet will stage at the newly refurbished State Opera the feted Brazilian prima ballerina and choreographer Marcia Haydée’s adaptation of Pyotr Ilyich Tchaikovsky’s The Sleeping Beauty. Its Czech première will take place on May 21, 2020 with live music played by the State Opera Orchestra. The State Opera will also host the repertoire ballet titles La fille mal gardée and Timeless.

Another new State Opera première will be Richard Wagner’s Die Meistersinger von Nürnberg performed also during the gala opening of the New German Theatre (Neues deutsches Theater) on 5 January 1888. It is a title that played a significant role in the history of the State Opera, while over the first two decades following the theatre’s opening Richard Wagner’s works were among the most frequently performed there. The Meisters rank among the most challenging operas as regards the duration (4.5 hours) as well as the requirements placed on the choruses.

After its reopening, the State Opera will welcome home Fidelio, the popular production premièred last year, which will feature a new cast. Its programme will also include Jiří Heřman’s critically acclaimed adaptation of Madama Butterfly, Bohéma or La traviata. When it comes to Tosca, we will revive its 1999 production.

“The current programme of the State Opera must be rooted in its history. Since its opening, the State Opera played a seminal role in the development of the genre in Europe, absorbing, yet also creating, the major artistic impulses of that era, always engaged in dialogue with other European opera houses, which hosted many leading contemporary global artists,” says Per Boye Hansen, Artistic Director of the Opera of the National Theatre and the State Opera.

He added, “Personally, I am greatly inspired by Alexander Zemlinsky. In 1911–1927, he served as Music Director of the State Opera, then the New German Theatre. Zemlinsky was an extremely innovative experimenter, and under his guidance the State Opera advanced to a high international level.”

Today, the State Opera – together with three additional theatre buildings – is administered by the National Theatre. In 132 years of its existence, it underwent many changes and staged works of many renowned and forgotten authors and hosted many singers. January 5, 2020 marks its new era with new technologies and a new curtain.

All photos courtesy of the Prague State Opera.