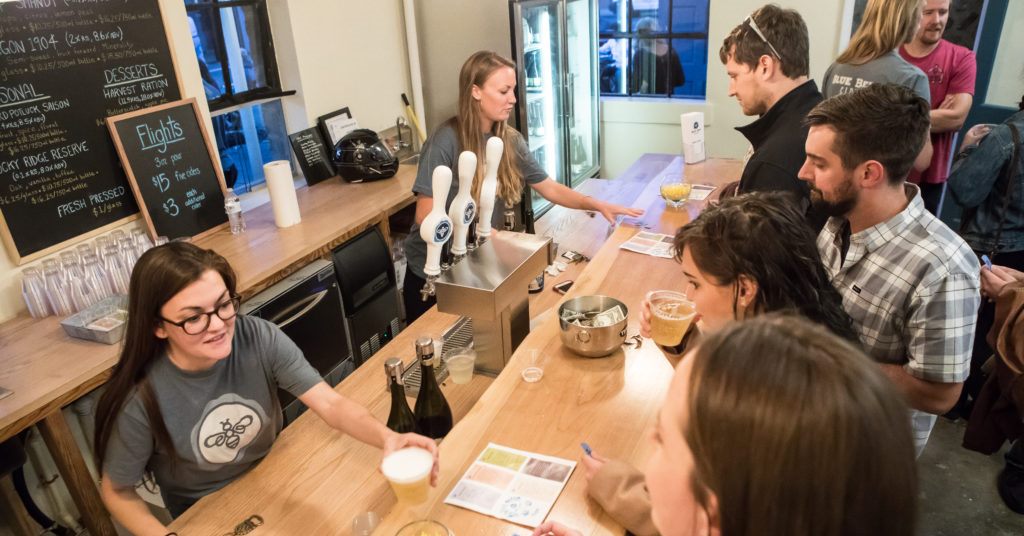 Courtney Mailey founded Blue Bee Cider, Virginia’s first urban cidery, in 2012. After working in economic development for 12 years, she left the corporate grind in 2010. Her first step was to attend a cider-making program at Cornell University. She then apprenticed for a year at Albemarle CiderWorks in North Garden, Virginia. 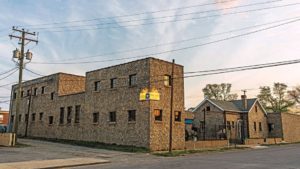 The long-neglected structures, built in 1940, had been used by the city’s Department of Parks and Recreation since the 1990s as a sort of dumping ground for misfit office furniture and recreation equipment. 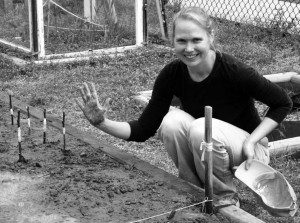 Despite the chaos inside, the property met most of Mailey’s criteria: She had been looking for an industrially zoned property with high ceilings to accommodate the cidery’s fermentation tanks, a little bit of land to plant some heirloom apple trees, and appropriate indoor space for a tasting room.

Blue Bee Cider aims to create balanced ciders that are true to their Virginia roots (from a culinary perspective), and true to the fruit from a cidermaking perspective. Each apple variety ferments differently, creating its own flavors which vary year to year depending on weather conditions. Blue Bee Ciders are never “chapitalized” (it’s so sunny in the South, who needs to add sugar?), and never watered down. They only use raw juice and ferment it straight off the press. 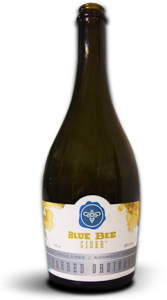 One of their products. Photo via Blue Bee Ciders.

With all that attention to authenticity, it’s only appropriate then that the process takes place in an authentic piece of Virginia heritage. Speaking of the historic building, Mailey says “I feel like I’ve developed an eye for being able to see past all the rust and cracks and know it’s possible to turn something like this around.” She should know: she studied historic preservation and classical civilization as an undergrad at the University of Mary Washington in Fredericksburg, Virginia, and later worked as an administrator for the Virginia Main Street Program.

The city first built stables here in the late 1910s, but the wooden buildings were damaged by fire in 1926. As part of the Works Progress Administration, workers constructed new stables and garages out of granite cobblestones, likely recycled from Richmond’s streets.

“The property is really part of Richmond’s identity,” says architectural historian Debra McClane. “It’s part of the fabric of that neighborhood, and I think it would have left a big hole if that property had not been rehabbed. Around here, they say something is ‘very Richmond.’ And that building is very Richmond.”