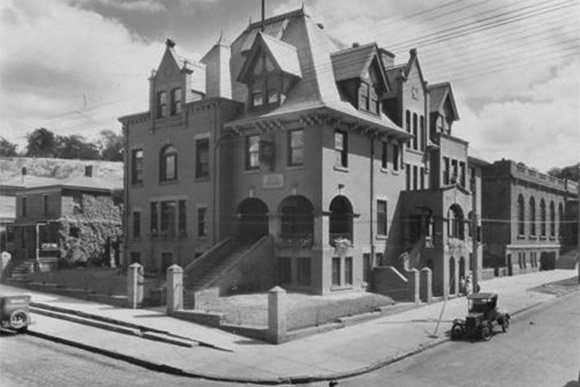 It’s a Wednesday morning in January, 2016, and for the first time in months, the Alta House in Cleveland, Ohio‘s Little Italy is quiet.

Since June, as many as 40 construction workers have been laboring under a strict deadline – gutting the electrics, installing floor tile and staining the Alta House’s tall windows. All for the aim of renovating the landmark for its new local residents – the Cleveland Montessori School.

Built in 1900, and named after Alta Rockefeller, the daughter of John D. Rockefeller, Alta House is one of the largest community buildings in Little Italy. It was once the go-to hub for a bustling neighborhood of Italian-American immigrants.

Tina Schneider, president of Cleveland Montessori, is now busy fundraising for the second phase – a 7,000 square foot addition for office space, kitchens and another classroom.

Schneider hopes that their milestone renovation will encourage Clevelanders to settle down once again in a neighborhood that boasts a sizeable school (along with a Montessori high school down the street in University Circle).

As far as future remodeling goes, Schneider assures that current Little Italy residents need not fret about upcoming changes for the school. The Alta House will always be the Alta House.