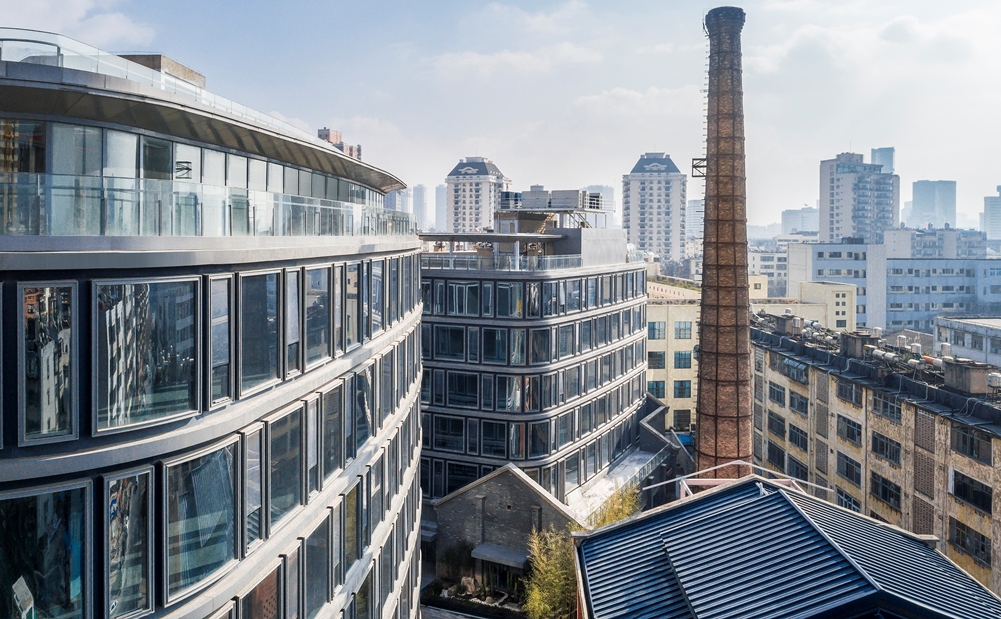 The Kunming Rubber Factory occupies a hectare site area in the central Xishan District of Kunming, the capital city of the south-western Chinese province of Yunnan. 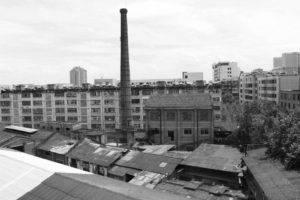 The factory was founded in 1956, at a time when the city’s modern light industry was flourishing. It continued expanding until it reached its peak in the 1980s, when it had some 2000 employees.

Then, as China embarked on its economic reforms in the mid 1990s, the factory experienced serious economic difficulties. It ceased production and fell into bankruptcy around the turn of the century.

The abandoned site was eventually purchased by the Realtop Real Estate Group, with the target of creating an innovative urban redevelopment. 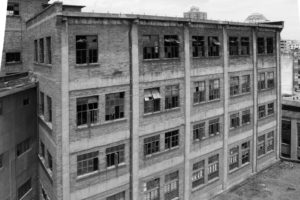 When Shanghai-based architecture firm Kokaistudios was invited by Realtop to submit a design concept in 2011, Kunming’s overall appearance was undergoing radical changes.

As has been common in Chinese cities–indeed, in many cities worldwide–there was little appreciation for anything old: city leaders tended to worship at the alter of newness.

The original urban texture and heritage was rapidly being erased via demolition, and replaced by gigantic mixed-use projects. 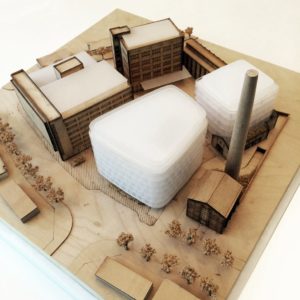 The end result was the same kind of sameness and sterility that afflicts so many cities these days, as mixed-use and “new urbanist” redevelopment wipes the slate clean prior to beginning their work.

Thus, the integrity of Kunming was fragmented by a proliferation of new construction at various scales. The city was rapidly losing its urban texture and the diversity of elements that had long made it one of China’s most livable and charming cities.

The Kunming Rubber Factory was surrounded by 5- and 6-story brick and cement facade multi-family residences, schools, and other supporting facilities.

The whole area is dense, vibrant and has a rich cultural heritage including the Qing Dynasty East Temple Tower. 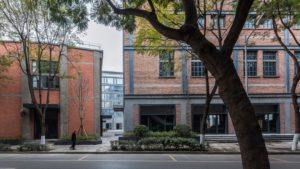 Within the factory itself was found a wealth of architectural texture, with buildings, structures, and materials from several historical eras. This created the basis for an innovative design intervention. Architects found black bricks from 1950-60s, red bricks from 1970-80s, and cement facade from the 1990s; the materials expressed the long and constant evolution of the complex.

Kokaistudios came up with an approach that emphasized retaining the history of the site while renewing its dynamic and repurposing its functions. Designers kept as much of its original look and feel as possible. With this sensitive, comprehensive approach–which considered the environmental, socioeconomic, and cultural contexts–they aimed to breathe new life into this derelict post-industrial site. 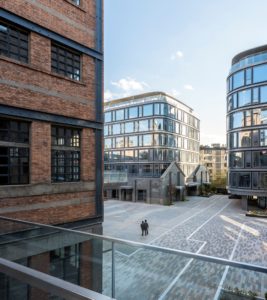 The first step was to demolish the warehouse workshop, which had little heritage value nor reuse potential. This made way for new public open spaces, as well as new structures. This process was undertaken after deep study, and while coordinating with the local authorities.

The second step was to adaptively reuse five old factory buildings, keeping the signature smokestack, which is the tallest structure in the area. They retained as much of the original facade as possible, and strengthened it with steel, metal and glass to create a dramatic contrast.

Restored areas include the atrium of the new mixing building, the glass hall of the old mixing building roof, the outdoor terrace and the staircase; the connecting building bridge; the metal roof of the boiler room and the outdoor stairs. The new contemporary structures and components stand in clear contrast to the heritage portions of the project, thus enhancing both. 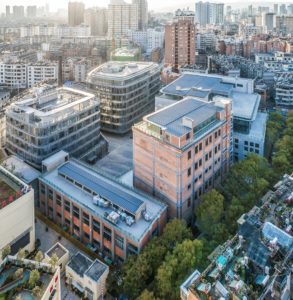 Then, two new curved glass bodies are embedded in the site with soft shapes and appropriate scales. These new architectural structures sit on columns to allow pedestrian circulation while adding openness to the neighborhood.

The open spaces are designed to beautifully frame views of the historic buildings. The integration of the old and new buildings blurs the boundaries between the redevelopment and the city, thus inviting citizens to make the space their own.

The end result is that this decrepit, previously-enclosed site was revitalized and made accessible to local residents. Visitors can enter the public space from either Shulin Street or Tiepi Ally. 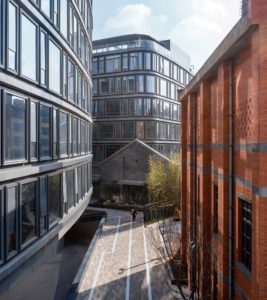 A brand-new lifestyle hub now anchors the regeneration of the city, helping to offset the proliferating cookie-cutter newness.

The old rubber-mixing building has become a creative loft; the former workshop building is now a lifestyle center with retail, cafes, restaurants, and a gym; the machine parts workshop has been transformed into a brewery; the boiler room is now a club, and the tape workshop has evolved into retail and office space.

Cities are living, complex adaptive systems, so evolution and constant regeneration are essential to maintaining vitality and relevance, as in ecosystems, immune systems, and national economies. 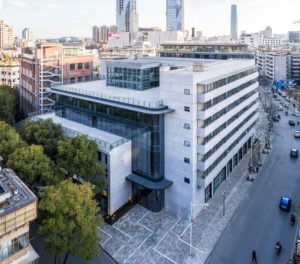 For the Kunming project, old industrial heritage and new contemporary architecture have been woven together, along with consideration for social values and community benefits.

This beautiful project is already bringing new energy into the city.

All images are copyrighted by Dirk Weblen, unless otherwise credited.