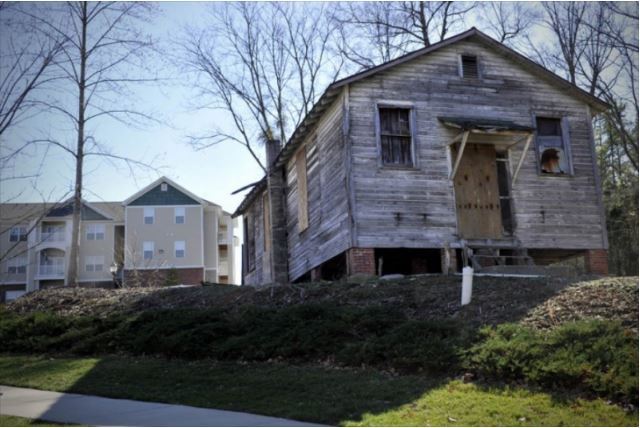 The Charlotte Museum of History is leading a community effort to restore the historic Siloam School in northeast Charlotte, North Carolina, and return it to its original purpose as an educational resource and community gathering space.

The historic Siloam School was built as part of the Rosenwald School movement. The school was one of thousands built throughout the South in the early 20th century to educate African Americans, and it had a profound impact on the lives of many children during the Jim Crow era. It is on the National Register of Historic Places and is currently endangered due to its state of disrepair.

The goal of the Save Siloam School project is to restore the Siloam School and relocate it to the grounds of The Charlotte Museum of History, where it will become an important centerpiece in efforts to engage the community in the history of the Charlotte region. The plan to save the school calls for the restored building to house a permanent exhibit on the history of African Americans in the Charlotte-Mecklenburg region, placing that history in a national context. The building also will become part of the Museum’s regular tours and will serve as a community resource.

The effort to save the school is a partnership of The Charlotte Museum of History, Tribute Companies (a Wilmington, NC-based real estate developer), the Historic Landmarks Commission, Aldersgate Retirement Community, and the Silver Star Community, Inc., which works to save Rosenwald Schools. The effort also is supported by Charlotte City Council member Greg Phipps, who represents District 4, where the Siloam School is located.

The project will cost an estimated $600,000 to complete. That amount includes moving the building, preparing the new site, restoring the building and upfitting the school with electricity, HVAC and safety systems. It also includes the creation of a fund to pay for annual operations and maintenance of the building, and developing the exhibit. A historical marker will be placed at the school’s original location.

“This history is too important to be lost,” said Mark Maynard, president and CEO of Tribute Companies. “The school needs to be in the hands of preservation experts who can protect it from future development pressure and restore it for use as a community and educational resource. We are glad that the Landmarks Commission found that preservation partner in The Charlotte Museum of History.”

Donations are tax deductible and will go directly toward the restoration, relocation and preservation of the Siloam School building. Donations also will support the creation of the exhibition on African American history in the region and will support an endowment to maintain the building.