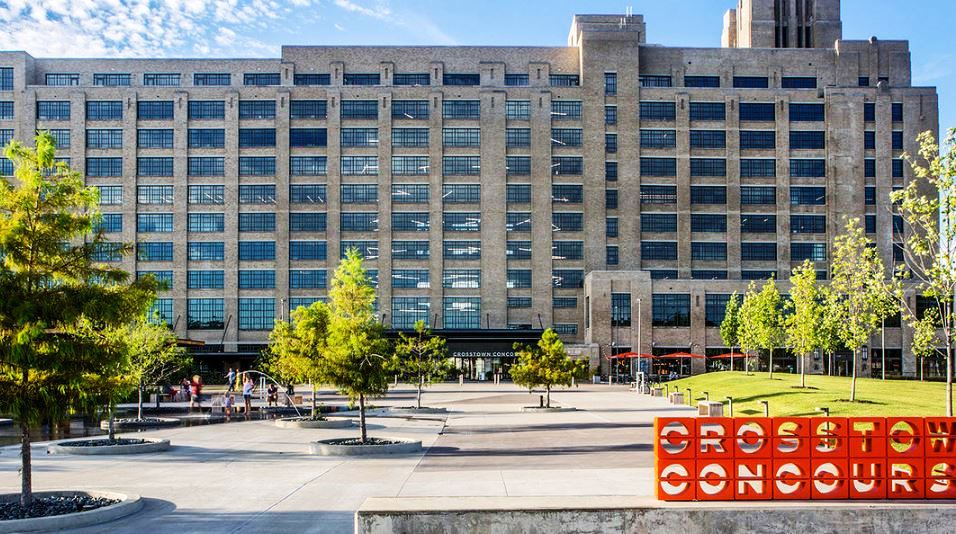 Overall, Memphis, Tennessee is pretty old-school. As a city filled with rural migrants and defined by decades of slow growth, it maintains a dated and Southern feel. But after visiting one project recently completed within the city, I thought I was viewing the future.

Just north of Midtown, on the edge of a poor neighborhood, a massive former warehouse has been retrofitted into a slick, functional indoor community that addresses almost every need residents might have in their daily lives. The project has thus been branded as a “vertical urban village”—or a self-contained city within a city—and its early success shows that this development style could spread. 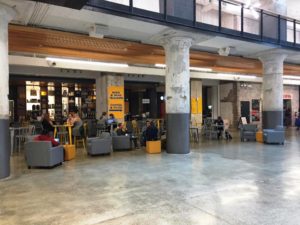 The interior of Crosstown Concourse.Photo by Scott Beyer.

The Crosstown Concourse (which we first described here in the December 1, 2018 issue of REVITALIZATION) is a 14-story, 1.2-million-square-foot project that spans several acres. The building was erected in 1927 as a Sears, Roebuck & Company distribution center.

The ground-level floor was a retail store, while the floors above were dedicated to packaging and shipping out various mail catalog orders then coming in from across the South.

As Memphis—and certain aspects of the retail industry in general—declined, so too did the building. Sears closed the storefront portion in 1983, and left the place altogether ten years later. It sat empty for over two decades.

But during that vacancy period, a small group of artists opened a studio across the street. One day this group—led by Todd Richardson and McLean Wilson—discussed how they could turn that big adjacent empty structure into a facility that echoed their artistic vision.

So, they drew up a plan to make a “vertical urban village” that combined office, retail, residential and various other amenities inside one structure. The warehouse would also be peppered with artwork, bringing color and verve to what was then an eyesore.

In 2010, this group of artists formed a nonprofit, called Crosstown Arts, dedicated to redeveloping the building. Within seven years, their pie-in-the-sky vision became an astonishing reality, opening in August of 2017.

Featured photo is by Selavie Photography.