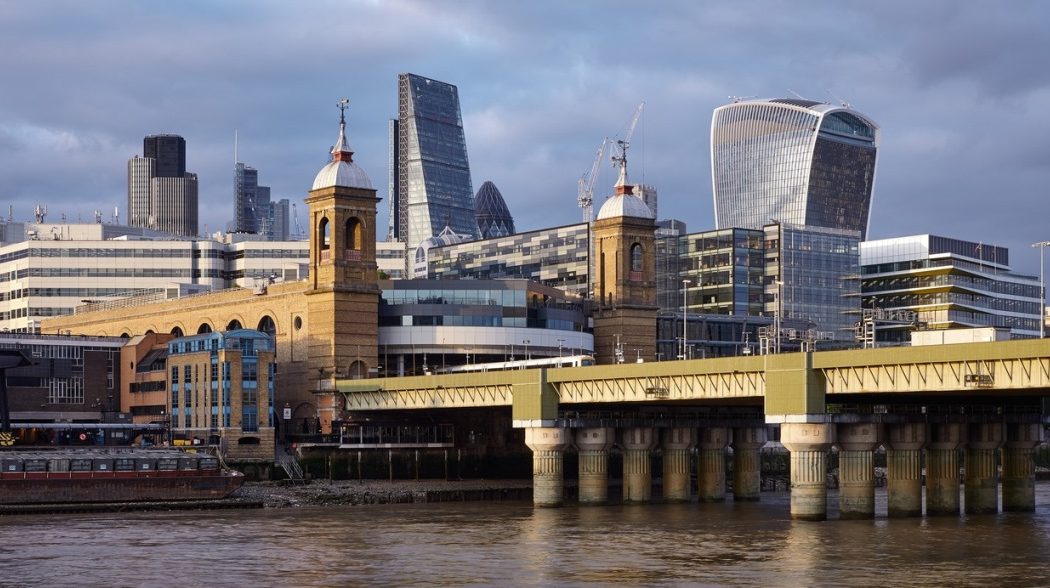 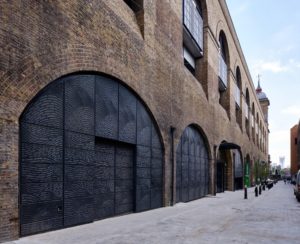 The station was built on a site of the medieval steelyard that operated from the 10th century until 1598 as the trading base in England of the Hanseatic League. The station was opened on September 1, 1866 at a cost of £4 million (now £340 million).

The original building was designed by Sir John Hawkshaw and John Wolfe-Barry and was characterized by its two Christopher Wren-style towers, 23 ft (7.0 m) square and 135 ft (41 m) high, which faced the River Thames.

Those towers supported an iron train shed, 700 ft (210 m) long and crowned by a high single arch, almost semicircular, of glass and iron.

The station is carried over Upper Thames Street on a brick viaduct, 700 ft (210 m) long and containing 27 million bricks. 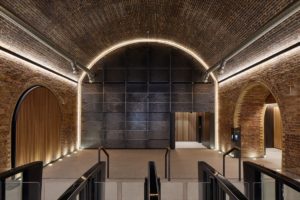 Below this viaduct, there are the remains of a number of Roman buildings, which form a historically-listed ancient monument

The City location of the station necessitated a new bridge across the River Thames, which was constructed between 1863 and 1866. The station was controversially renovated in the late 1950s by John Poulson, while further construction on top of the station building occurred during the City’s 1980s property boom.

The River Building is a two-story structure bridging those landmark towers of Cannon Street Station. It has now been spectacularly renovated into Class A (Grade A in the UK) office space.

Originally constructed as part of Cannon Bridge House, the vast floor plates were designed to house the London International Financial Futures and Options Exchange (LIFFE). This presented challenges for the design team: deep floor plates created dark offices and the bridge structure over a busy railway station set limitations on what was possible. 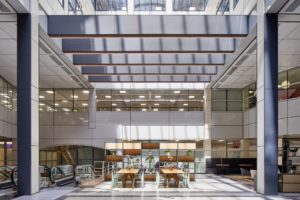 Architectural firm Stiff+Trevillion was commissioned to lead the design to re-imagine these floors as new Grade A workspace, independent of Cannon Bridge house with its own distinct identity.

Embracing the unique character and constraints of the original structure the design repositioned the building to fit a newly emerging tenant profile, ensuring wellness, economic, legislative and technological priorities were met whilst ensuring high standards for sustainability.

Upgrading the on-floor MEP systems and reconfiguring services distribution within the space meant the architects design team achieved bright, fresh and unusual office accommodation with improved floor to ceiling heights, levels of natural light and increased occupational densities. The engineering teams worked hard to retain rather than replace MEP systems where they could, reducing waste, cost and time whilst contributing to much improved comfort, energy efficiency and commercial return. 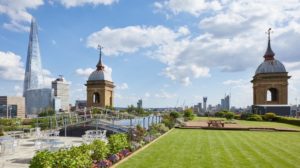 Office users also have access to a spectacular one-acre roof garden, enjoying stunning 360° skyline views in the middle of the City.

Efficient planning of the cores, reconfiguration of the atria and a new approach to a comprehensive rationalization of MEP services allowed expansion of the net office space to a total of 92,000 sq ft across two expansive floor-plates with panoramic views of the River Thames.

The renovated building was immediately 100% leased, which is testament to the vision of the design team.