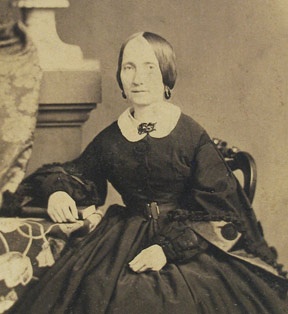 Ann Pamela Cunningham stepped to the forefront of preservation history in December 1853, when a Charleston, South Carolina, newspaper printed an article she had written decrying the sorry condition of George Washington’s home, Mount Vernon. 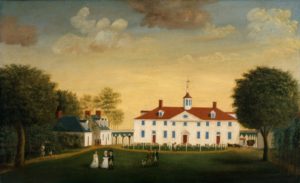 Years of neglect had left the estate a near ruin, its grounds overgrown its noble piazza propped up with crude timbers; moreover, speculators were reportedly eying it as a prime development site. Addressing her appeal “To the Ladies of the South,” Miss Cunningham urged them “to secure and retain the home and grave as a sacred spot for all coming time.”

It was a staggering challenge. Remember: this was the 1850s, when the United States was breaking apart over the issues of slavery and states’ rights. Members of Congress were coming to blows, churches were splitting into northern and southern branches, longstanding relationships among friends and families were dissolving in bitterness. In this storm-wracked soil, Miss Cunningham’s emotional appeal took place.

I’ve never seen Miss Cunningham’s grave, but readers have confirmed what I had imagined: she lies under a modest tombstone in her native South Carolina. Her true monument, of course, stands on the banks of the Potomac.

Now, as vacation season has arrived, tourists are swarming over the grounds, lining up to troop through the once-shabby rooms, photographing one another in front of the piazza that nearly collapsed.

Most of these visitors have never heard of Ann Pamela Cunningham; they don’t realize that August 15, 2016 will mark the 200th anniversary of her birth.