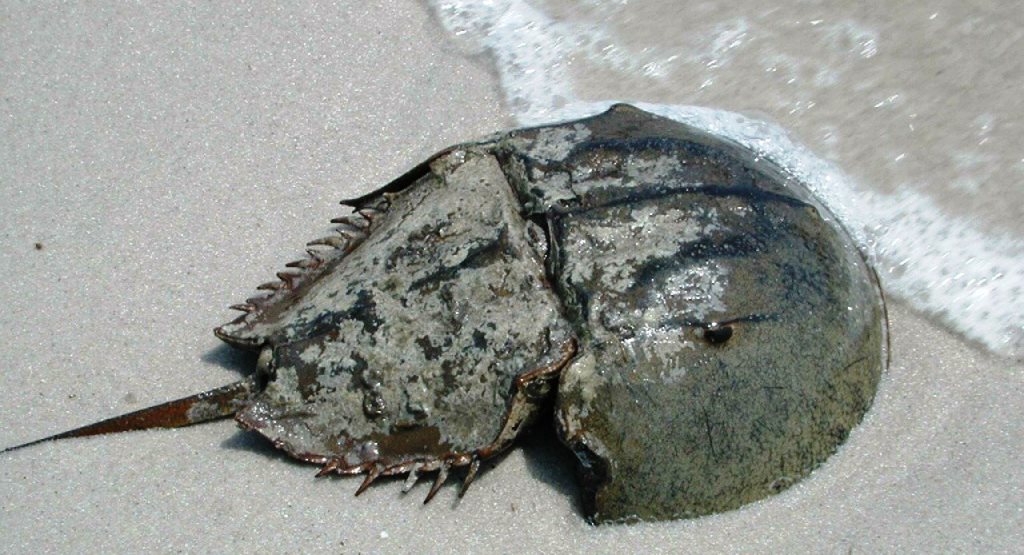 There is a crisis facing horseshoe crabs, as well as the fish and birds that depend on the crab’s eggs to survive.

To raise public awareness, seek legislative and regulatory reforms and encourage the adoption of an already available synthetic alternative to the use of horseshoe crab blood in biomedical testing, a coalition of leading conservation groups and businesses formed a new partnership on June 1, 2020. It’s called the Horseshoe Crab Recovery Coalition (HCRC).

“The horseshoe crab has been around for 450 million years, 200 million longer than the dinosaurs,” said Zach Cockrum, Northeast director of conservation partnerships, National Wildlife Federation.

“Together, we can restore the population of this unique species in our lifetime. The prolific egg production of horseshoe crabs has supported ecosystems across the Atlantic coast, and whether you’re a bird watcher, an angler, or just love wildlife, they are an incredibly important part of the natural system that supports that activity. The National Wildlife Federation is committed to working state-by-state to engage volunteers in conserving horseshoe crabs and finding collaborative solutions to their declining populations that restore coastal ecosystems and communities alike,” he continued.

The group aims to stem the dramatic decline of horseshoe crabs, a species that has lived for nearly 450 million years, and restore balance to the fragile ecosystem for birds and marine life on the Atlantic Coast.

“Migratory birds like the Red Knot rely on the eggs of horseshoe crabs to fuel their 9,000-mile journey from the tip of South America up to Arctic Canada,” said Karen Hyun, vice president for coastal conservation at the National Audubon Society.

“Some 150,000 Red Knots once stopped over in key horseshoe crab spawning areas like Delaware Bay each spring. But less than a third remain today, and the species is listed as threatened under the Endangered Species Act. Audubon is committed to working with our partners to recover horseshoe crabs and the birds that rely on them,” she added.

“We have formed the HCRC with the intent of calling public attention to a growing crisis along our shores,” said wildlife biologist Larry Niles, Ph.D., one of the coalition’s leaders.

“Despite years of conservation work by government entities and non-profits who care about the health of our shoreline ecosystems, we are not seeing the results we need. Action must be taken now, or species like the horseshoe crab and the Red Knot will disappear from our landscape forever,” he added.

The HCRC released a letter to the Atlantic States Marine Fisheries Commission, which coordinates the conservation and management of nearshore marine life, outlining its primary concerns.

“More than 20 years after ASMFC management began, horseshoe crab restoration remains an unattained goal,” the letter states. “While current management has helped to stabilize the decline of the horseshoe crab population, an improved restoration strategy is needed to attain goals set by the ASMFC in cooperation with the conservation community.”

“While stability is good,” Niles said, “restoration to carrying capacity is essential for horseshoe crabs to resume a functional role in ecosystems, provide for the recovery and maintenance of Red Knots and other shorebirds whose populations crashed from horseshoe crab overharvest and loss of egg resources, and provide for other fish and wildlife that depend on a recovered and healthy horseshoe crab population.”

David Mizrahi, Ph.D., co-leader of the coalition and vice president, research and monitoring, New Jersey Audubon, noted that New Jersey led the way in banning the harvest of horseshoe crabs in 2008. “HCRC will be engaging stakeholders along the Atlantic seaboard to determine the best strategy in each state for managing their horseshoe crab populations,” Mizrahi said.

“This is a complex issue with no one-size fits all solution,” Mizrahi added. “We aim to engage with legislators and regulatory agencies, local conservation groups, birding organizations and others to mobilize public attention and action. We also look forward to working with the healthcare industry on a refine, reduce and replace strategy that includes adoption of a synthetic alternative to the blood of horseshoe crabs used in biopharmaceutical testing.”

This alternative, known as recombinant Factor C (rFC), has the potential to reduce the demand for horseshoe crab blood by 90 percent, which means that mortality resulting from bleeding would decrease by an estimated 100,000 horseshoe crabs annually in North America alone.

“It is unfortunate that biomedical research still relies on the harvesting of a vulnerable wild animal population when there is a simple, effective, sustainable replacement that could exist in plentiful supply,” said HCRC member Ryan Phelan, co-founder and executive director of Revive & Restore, a California-based non-profit focused on enhancing biodiversity and bringing biotechnologies to conservation.

The overall crisis facing birds has been well documented in recent studies in the journal Science as well as the National Audubon Society’s report, Survival by Degrees:389 Bird Species on the Brink. Both were published in October 2019. Saving the horseshoe crab: A synthetic alternative to horseshoe crab blood for endotoxin detection was published in PLoS Biology in 2018.

“The loss of plentiful Horseshoe Crab eggs as a food source for sport and forage fish has gotten less attention than the impact on birds, but it too is a crisis,” said Niles. “Through the HCRC, we ask that conservation and citizen action groups stand up to offer a new direction in management to bring horseshoe crabs back to the level that existed before the overharvest began.”

Photo of male horsehoe crab by 272447 from Pixabay.